The annoyance of automated messages when trying to talk to a human at your bank or doctor’s office is dwindling as AI software becomes more “human.” Or, at least, less like software. Responsive robots have infiltrated every facet of life. According to the NY Times, this new wave of voice-automated products do not pretend to be human, as humans reportedly don’t like deception, no matter how much they talk to their toys as sentient friends.

How we interact with software is also changing our physical landscape:

Service workers, sales agents, telemarketers — it’s not hard to imagine how millions of jobs that require social interaction, whether on the phone or online, could eventually be eliminated by code.

Sure, such positions are largely hidden from us, yet automation is also changing retail, where the potential for interacting with actual human beings is going through a similar shift. Not that we pay much attention to those agents either: take one look at a retail line and find most people staring at their phones, barely paying attention to the human in front of them. Still, the lack of physicality points to another disturbing trend.

In a new special communication published in JAMA, researchers from the US Department of Health and Human Services reveal a startling figure: 80 percent of US adults and adolescents are insufficiently active.

Government guidelines state that adults should partake in at least 150 minutes of moderate-intensity aerobic exercise every week, alongside at least two strengthening workouts. Children need a bit more. Those between ages six and seventeen should be getting their heart rate up at least an hour a day, alongside three strengthening routines per week. This is simply what our bodies demand.

You don’t have to hit the gym to accomplish these goals. Some recommend activities include gardening, climbing stairs instead of taking elevators or escalators, and purposefully parking a distance away from your destination in order to walk, which was part of Bruce Lee’s philosophy a half-century ago.

As the researchers write, the health benefits of exercise are tremendous, which is not surprising. What is surprising is how little we actually move. We’ve constructed society in such a way to allow for as little physical exertion as possible, a true anomaly in the history of our species. It’s no wonder we suffer from so many preventable diseases; our physiology is crying for stimulation, which we neglect at every turn.

Just a very few of the benefits, from the report (their lists are much longer): 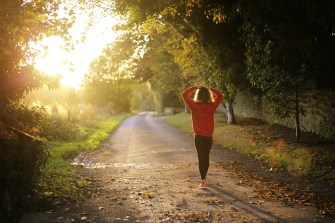 In the United States alone, lack of exercise accounts for $117 billion annually in health care costs. Ten percent of premature mortality is associated with inactivity. To combat this, one’s movement vocabulary should include aerobic activities, such as running, cycling, swimming, or climbing; loading your muscle groups with some form of weight; bone-strengthening activities, which include jumping and running; and balancing, as you would do in yoga. Not including any of these results in a malnourished exercise diet.

But we know this already. Our skyrocketing obesity, depression, and anxiety rates are all associated with a lack of exercise, all of which lead to more disease and discomfort. Knowing and doing are separate domains of expertise, however. Many people know they should exercise more, yet without motivation they contribute to the statistics above.

Sadly, as we become more dependent on voice-activated software and other applications of AI, we take less agency of our physicality. Driving requires an immense amount of concentration, one we’re gladly willing to outsource to our car’s computers. Even seemingly mundane tasks, such as opening a screen to change your playlist, can now be handed over to Alexa. A few clicks of a mouse is not exactly exercise, but it does take us one step further away from doing.

That’s always been our challenge since the Industrial Revolution, bridging the gap between knowledge and action. That divide is widening. That four of five people don’t move enough to achieve basic health requirements is a public health crisis. Until we treat it as such, it’s unlikely we’ll cross this growing divide.

Tags
anxietydepressionhealthhuman bodyobesitypersonal growth
In this article
anxietydepressionhealthhuman bodyobesitypersonal growth
Related
Health
New blood types are often discovered following medical disasters
New blood types are regularly discovered by an unusual absence or an unusual presence — both of which can result in tragedy.
Neuropsych
How you breathe affects your brain
Your breathing rhythm influences a wide range of behaviors, cognition, and emotion.
Health
COVID, RSV and the flu: A case of viral interference?
Viruses, it turns out, can block one another and take turns to dominate.
Neuropsych
Shopping with your nose: How body odors influence your buying behavior
Sniffing out a deal.
The Past
Ceramics, corn cobs, and other strange things we used before toilet paper
Some objects were softer than others.
Up Next
Starts With A Bang
An Ultra-Short History Of The Entire Universe
The cosmic story of us, from before the Big Bang until today, is a story that all of us share. Enjoy it, in just 200 words.In the beginning, there was space […]