You should put the toilet lid down when you flush, proves a graphic new study. Images show just how much contamination can be spread by one of our most common everyday experiences.

A survey of 2,000 UK adults found 55 percent of the respondents not putting the lid down before flushing. This is while a majority (72 percet) said they were paying much more attention to cleanliness than before. The catch is that toilet bowl water is full of harmful bacteria and pathogens, even if flushed several times.

What’s so bad flushing with the toilet lid up, you ask? To make it painfully obvious the researchers demonstrated how germs propel out of a toilet during a flush. They used high-speed camera technology to capture thousands of small droplets and aerosol particles flying up from a toilet if the lid isn’t there to stop them. The power of the toilet flush can disperse the largely invisible aerosol droplets full of germs to surfaces in the vicinity as well as people’s faces. 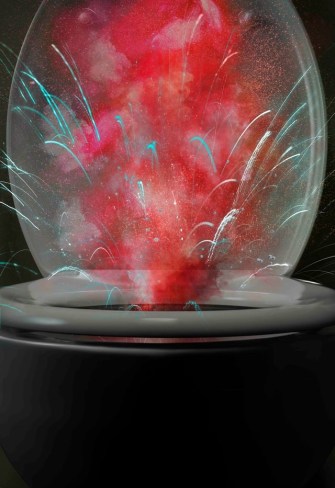 The new study was carried out by One Poll and was commissioned by Harpic, which makes cleaning products.

“There has never been a more important time to take extra care around our homes, although the risks associated with germ spread in unhygienic bathrooms are high, the solution to keeping them clean is simple,” an R&D associate at Harpic shared in a statement. 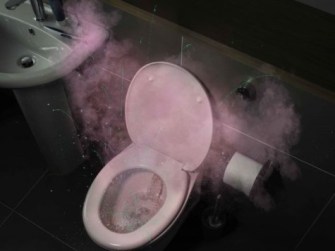 The study also inquired why people aren’t putting the lid down and found that 47 percent of the surveyed just didn’t know there was anything potentially risky about that. About 25 percent didn’t like touching toilet bowl lids at all, while 15 percent generally forgot to do it. Shown the striking images, however, 95 percent of the responded vowed to make changes.

Interestingly, a previous report in Physics of Fluids found a similar problem for men who use urinals. 57 percent of the splash from flushing the urinal can travel to the person at the urinal in seconds, spreading germs and potentially even viruses (like coronavirus). This was also confirmed by a study from researchers in China, which found that toilet flushing can cause “clouds of virus-containing particles” to be formed.

Suffice it to say, you might want to lower that toilet lid next time.

Oregon decriminalizes drugs: Here are 3 metrics other states will track

It’s “the biggest blow to the war on drugs to date,” said Kassandra Frederique, executive director of the Drug Policy Alliance.