I’m Sick of Ideology—Even My Own 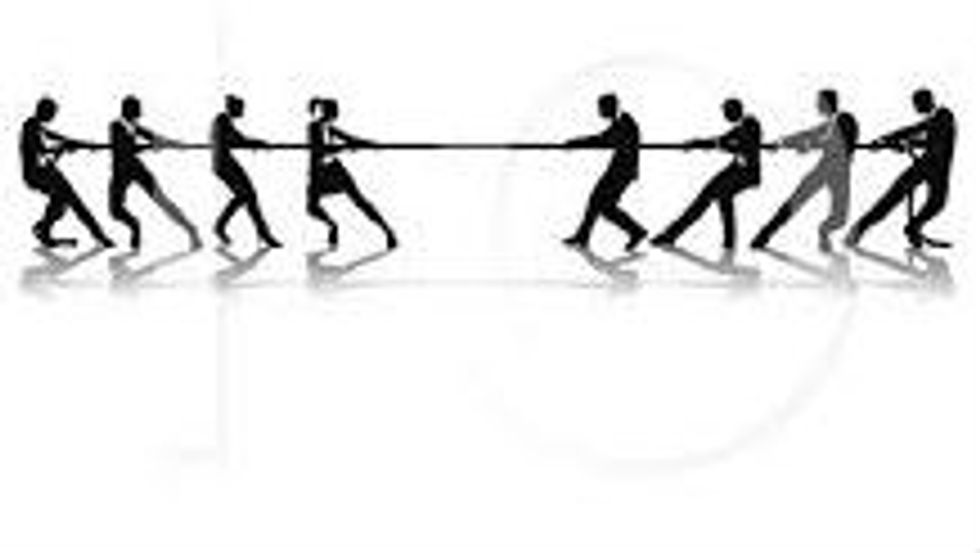 Francis Fukuyama famously wrote in a 1992 book that we’d reached “The End of History.” He meant that the major ideological conflict of the 20th century, between Communism and democracy, had been resolved with the unraveling of the Cold War, and that humankind had reached the end of its “ideological evolution.”

As it turned out there was plenty more ideology to go around, if not quite of the epic dimensions that the Cold War invited.

If nothing else, the mental habit of ideological entrenchment has persisted since the end of the Cold War.

On the small, sordid scale of U.S. domestic politics, this is a moment that mistakes ideological rigidity for principled virtue. Democrats are entrenched around their self-policed ideologies as well (to wit, one simply “cannot say” certain things as a partisan of certain views), although not as luridly as the Tea Party. And I find myself sick of ideology in the generic, even the one I agree with.

Some problems that needn’t be ideologically overwrought have been ensnared like innocent dolphins in the lacerating net of ideology. Take Social Security, or Medicare. These systems are actually popular, and deservedly so, and fulfill important functions for elderly Americans who shouldn’t be expected to work until they die. They’re under pressure from demographic shifts that neither party produced, and that neither party could have prevented. It’s not hard to solve Social Security. It only takes non-ideological political will.  Perhaps the program needs to be means-tested; perhaps it needs to be re-calibrated to adjust for longer working lives. Any number of things might help, but none is seriously contemplated, not because the ideas are bad but because of the Procrustean force of ideology, which defines a “value” as an immovable belief, unbudged by reality, fact, or political machination.

If you drill down deep enough into any problem or stance, you’ll find an ideology lurking there. But the point is, we don’t need to drill miles down to find the ideological bedrock beneath the problem, and make that the “real” or galvanizing issue. We don’t need to take every political act that attempts to make government work better, and find ideology there, and move ideology from the back stage to the front.

If you want to know what an ideology-free politics might look like, consult Diane Ravitch. She is a new hero of mine in the education world. Ravitch was an assistant Secretary of Education in the H.W. Bush administration, an ardent believer in charter schools and school reform. She wanted accountability, and new options within the public school system. Over the years, as her own ideology of reform took off, and began to be implemented, she consulted the results.

A key—the key—component of ideology-free politics is that it privileges data, pragmatism, and empiricism over philosophy.  Based on data about school reform and what has amounted often to a privatization of a public school district, Ravitch has changed her views.

The second key component of ideology-free politics is that the politician must feel empowered, emboldened and, indeed, duty-bound, to move off of the plumb line of a conviction when reality presents evidence to the contrary.

Ravitch now writes and speaks passionately about the corrosive effects of the privatization of one of America’s signal cultural achievements—a truly public school system. We tried these reforms, she argues, the very ones she herself endorsed. But they aren’t working, so let’s not drive the bus over the cliff simply to create the enticing illusion of momentum, and change.

This illustrates a third component of ideology-free politics:  We’re given permission—and, indeed, the occasional obligation—to disagree with ourselves.

It’s not easy to fall out of the cognitive goose-step march in our own head, to say nothing of the one staged by your allies and foes. And it’s a fearful prospect, to say something that your political kin will disapprove of.

Among the most bizarre criticisms of Ravitch’s recent work on behalf of public education is that it’s somehow vitiated because she is disowning policies that she herself helped to craft, decades ago.

True. And true. But what is Ravitch supposed to do? Having once had a thought, or an idea, are we never to evolve, or change? What she is doing is called learning, in a sane parallel universe to our own.

Learning is the most tragic casualty of ideology-driven politics. Why have politics at all, if it isn’t a mechanism for change. If, having staked a position, we must stand by it eternally and unvaryingly, then how about if we just count how many are in favor of something, right now, and enshrine that in the record, and do away with C-Span, lobbyists, and the irritating, out of touch school of DC talking heads, pollsters, and campaign experts altogether.

Enough of it. I’m sick of ideology. Even my own.