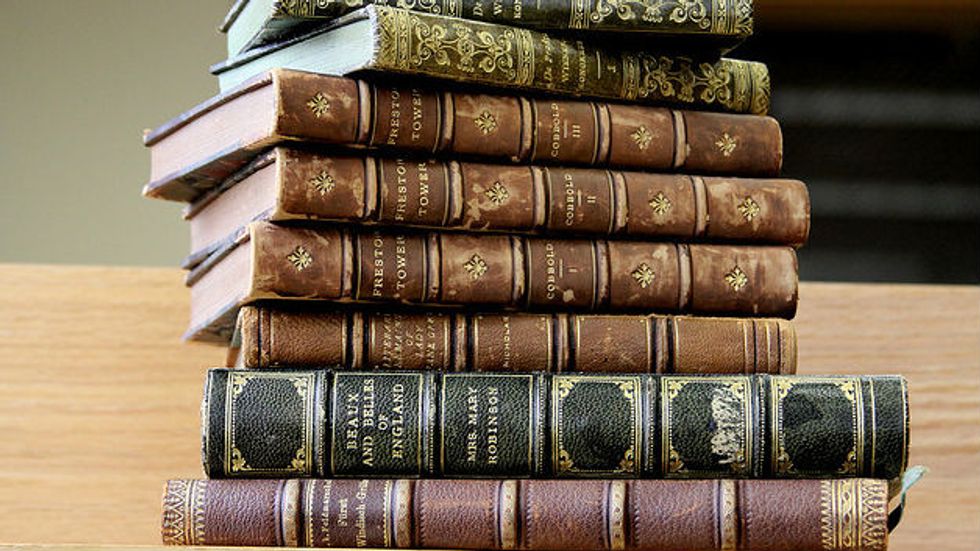 Many years later it dawned on me that what I wanted to be when I was 14 was “erudite.”

I should have known the word back then, as I had already taken to browsing the first-generation, prototype SAT Prep books of the early 1980s that listed the Verbal Section’s usual suspects, strange words that peopled the exam like the creatures in the Star Wars bar scene: You’d never see them anywhere else in the galaxy, but, on the SAT, you’d want to know who they were.

I didn’t aspire to be scholarly, which implies learning in the service of a profession, and a narrower self-image. Nor did I want to be learned, which implies a credential more than a mind. I didn’t want to be an intellectual, per se, which even by 1980 had a whiff of the insufferable and socially doomed.  I was mocked (deservedly) as an “egghead” in my youth—even by an adult!—and I certainly didn’t dream of being that.

“Erudite” is just right. It implies an eclectic, sturdy yet easygoing knowledge. Erudition is an intellectual compass. Even when you’re lost in the unfamiliar woods of new knowledge, it helps you get your bearings, orient yourself in the unfamiliar material, and begin to learn.

Checking my Oxford English Dictionary, I learn that my adolescent ambition is considered to be “now somewhat rare, exc. in sarcastic use.”

This hurt me. Those who at 14 aspired to be “sexy,” “rich,” “popular,” “famous,” or “athletic” have no fear that their tender adolescent dream is now deemed to be sarcasm.

Your dream is definitely not “now somewhat rare, exc.” as ridicule.

I blame Google. I blame Google and its techno-kin for most everything. Search engines have become a private Moby Dick for me, a source of obsessive brooding and insatiable fascination.

Certainly, our capacity to recognize erudition has been undone by Google. It used to be that a person's erudition could be gleaned by their capacity to recognize and at least gesturally understand cultural allusions in conversation. If you understood a reference to the ninth circle of hell, the great awakening, the Iliad, or Bloomsday, then your companion could reasonably assume that you'd read certain books or known some history, at some point, whether through school or your independent effort, even if you'd be hard-pressed to remember any of it now.

E.D. Hirsch's cultural literacy list was predicated on this "tip of the iceberg" assumption. In his controversial work, he compiled what he took to be signal phrases of civilization and culture into an index of what all educated people should know.

I don’t agree with Hirsch's premise but it made more sense 25 years ago, certainly, when such shards could be assumed to be indicative of core knowledge. Hirsch saw these phrases as something like DNA markers of erudition.

Today Google can pin down the reference for you in a second. If you're reading an email or on Kindle, exotic or alien phrases with cultural resonance will be highlighted for you and the reference explained.

So, knowing a fragment of cultural knowledge doesn't connote anything anymore, except that you know the fragment itself, or just learned it. You can "get" all the cultural allusions without erudition.

In some ways this is democratizing, and it heroically subverts intellectual snobbery. With Google we can all appear superficially to be educated to the same level of cultural literacy, even if we know nothing more than the decontextualized fragment.

It also makes it effortless for the earnest, ambitious non-erudite to follow back the links, read the pieces, and go deeper. In the 1980s, to become erudite, you’d have to trek to the library. My older sister still remembers bitterly how many Saturdays she spent, dragging me to the library so that I could get a head start on a school project. But I still can’t think of any more comforting smell than that of my library in Baltimore. It was the smell of erudition itself.

Pretty soon, however, we’ll probably ask, why bother with the subtext, pretext, and context, if I can get the reference without it. It will be a world of dazzling tips and no icebergs.

There’s still a trick to carbon-dating erudition—did it come from a person’s upbringing or was it more recently acquired?—if that question preoccupies you, and there’s not much reason that it should. The trick is pronunciation. I grew up in a politically engaged, lively household, but not one that was especially erudite. I often knew the meaning and spelling of words, but not their pronunciation, because I didn’t hear them routinely in school, society, on television, or in my family’s conversations. Instead, I picked up new words through voracious reading. These words were creatures of the page for me, not conversation.

I was mortified while giving a seminar to learn that I’d been mispronouncing “epitome” my entire life. I knew its spelling and meaning, but I always thought it was pronounced “epi-tome.”

Erudition is attacked on another flank by academia. This is mordantly ironic. What should be its defender becomes its foe. Academia has splintered into so many disciplines and sub-disciplines, mimicking the Victorian mania for categories and thousands of sub-categories, that there isn’t a general stance of erudition from which to understand the particulars.

The scholarly world is all trees, no forest. And if nothing else, erudition is about the forest, not the trees.

I’ll continue to defend erudition as a non-sarcastic ambition. It’s democratic and aspirational, unlike beauty or brilliance.

The OED tells me that the word erudition also refers to the polish and finish of a coin. I hadn’t known that. A coin’s “value relies on its erudition, not the quality of the metal,” they cite. I like that idea. Whatever you start with, you can be finished and polished into a state of erudition.