Would you pay to give your child a genetic advantage, to make them smarter than their peers, taller, or more beautiful? This is a question that will become relevant within a few decades — if not sooner.

Gene sequencing will cost only a couple of dollars per human. A new generation of genetic editing tools, most notably CRISPR, have made it ridiculously easy to edit the human genome. Rapid advances in computing power will make it easier to understand the minute interplays between the dozens — if not hundreds — of genes that impact complex but valuable characteristics such as intelligence and patience. And, frankly, as artificial intelligence lets machines take on more and more complicated human tasks, we humans may need a genetic boost.

Unfortunately, the rich will likely be able to buy access to better genetics sooner than the rest of us — unless society intervenes. Do we really want a world where money can buy genetic superiority?

To start with, the cost of sequencing and mapping genes has plummeted. The initial Human Genome Project cost over $1 billion. It is presently below $1,000 for a human genome to be sequenced and should fall below$100 over the next few years. That cost will continue to drop rapidly. Within five years, having your genes sequenced will cost less than a fancy cup of coffee.

Also importantly, the available computing power to analyze these sequences has never been greater. The rise of cloud computing, pioneered by Amazon’s Elastic Compute Cloud, and increases in processing power have made it possible to build on-demand analytics systems that researchers can use to unravel the minute interactions of genes. In other words, they have access to supercomputing power but at a fraction of the cost of building a supercomputer — and without all the wires, cables, real estate, and technicians required.

The real breakthrough and missing piece, however, is CRISPR. The acronym is short forClustered Regularly Interspaced Short Palindromic Repeats. CRISPR is actually an ancient self-defense mechanism of bacteria that modern scientists repurposed for laser-targeted gene editing. It is not a huge overstatement to say that CRISPR has made genetic manipulation a backyard hobby. In fact, DIY geneticists are using CRISPR tomodify the genes of pure-bred dogs to try to improve their health. And aDIY CRISPR kit called the Odin is on sale online.  In the very near future, CRISPR editing will be akin to cutting and pasting characters in aMicrosoft Word document.

Combined, these three changes have ushered in an entirely new era of genomics, one where we move from traditional empiricism — informed guesswork, really — to engineered systems where design is intentional and the workings of genes are understood and known.

The initial stage of this will be ability to handicap the likelihood of which embryo will have which traits. Called pre-implantation genetic diagnosis (PGD), this technique is practiced today to help couples identify embryos that might have high risks of major genetic diseases such as Tay-Sachs disease. In the next few years, parents with access to cash will also be to use this technique to more accurately analyze the pluses and minuses of multiple embryos and select the one that has the best combination of probabilities for in vitro fertilization (IVF). PGD remains expensive and inaccurate, but it will become a more attractive option as it improves. Insurance companies at present don’t cover PGD or genetic improvement, only for disease prevention. That doesn’t mean it can’t be done. 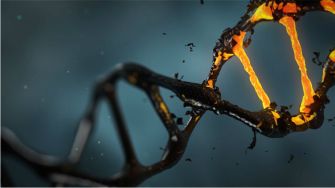 In addition, ongoing improvements in computing power should help scientists better understand the complex interplay of genes. Determining the relationship of genetic makeup to traits like intelligence is a math problem that will probably never have an exact answer, but can be improved to provide more accurate probabilities. Theimpending arrival of  powerful Quantum Computers could turbocharge this process by giving scientists new ways to analyze and simulate complex biological systems. That might make actual gene editing of humans or embryos viable and perhaps more economical than PGD.

CRISPR remains an experimental technique with many questions about the long-term safety of its editing process. Scientists and doctors fear that CRISPR may inadvertently impact non-target genes with unintended consequences.  That said, scientists are growing more and more comfortable using CRISPR. Initially, a consensus of scientists advocated banning CRISPR editing on human embryos, even if they were not viable and would never become babies. Today, a growing number of research teams are testing how to use CRISPR more effectively on human embryos.

The initial goal is to modify single genes that cause serious illnesses. In these cases, fixing the mutant form of the gene will cure or reduce the impact of the illness. However, single-gene modification is just the start; many diseases result from the interplay of multiple genes.

For today, PGD carries no obvious risk because no modification of genetic matter occurs. Rather, the parents will be able to pick an embryo with a higher probability, based on the best research, of exhibiting desirable traits. This is less precise than CRISPR but could significantly increase chances of babies having desired traits. But PGD costs a lot of money. So will early stage gene editing of human embryos with CRISPR, albeit not for the tech as for the expertise and the service.

This all prompts challenging ethical questions. To date, many national governments have banned gene editing of live human embryos. Governments have also outlawed editing genes of the human germline — the genes we pass on to our children -— to carry advantageous traits such as height or intelligence.

IVF combined with PGD, or well-tuned CRISPR interventions, could become a highly-sought pre-birth treatment for wealthy folks seeking a leg up for their unborn offspring. This might further exacerbate the already documented trend of increased assortative mating — where people of like backgrounds and positions tend to marry each other. Assortative mating further concentrates wealth or other benefits further in a society, augmenting inequality. Genetics are not destiny but they do help; every extra point of IQ is associated with X dollars more in salary.

Individual rights advocates argue that the government should not possess the right to legislate how parents handle their children’s DNA. In their view, as long as these enhancements are safe and parents understand the risks, then the government should not regulate CRISPR editing on embryos any more than it should regulate whether the rich pay for pricey personal trainers to improve their physiques or expensive science and math tutors to improve chances that their children are accepted into Ivy League schools.

There is one key distinction in those analogies. Unlike personal trainers or tutors, genetic enhancements to embryos will confer benefits transferred from generation to generation. Over time, allowing subsequent generations to choose to gift their offspring with valuable traits via either CRISPR or PGD might generate even more inequality — driven by biology.  Given the high current level of global inequality, selective biology generating more inequality will have strong political implications on fairness and the very foundational concept of modern democracy — that all humans are created equal.

While genetic manipulation to save lives makes perfect sense, the process shouldn’t be used to merely improve the chances of success of those already born with inherited socio-economic advantages. Designer babies must only be available if all in society can share the benefits. Equality of opportunity must extend to the realm of genetics and biology.

Vivek Wadhwa is a distinguished fellow at Carnegie Mellon University’s College of Engineering. He is a globally syndicated columnist for the Washington Post and the co-author of  The Driver in the Driverless Car. You can follow him on Twitter @wadhwa.

Alex Salkever is the co-author of  The Driver In The Driverless Car: How Our Technology Choices Can Change the Future. You can follow him on Twitter @AlexSalkever.

Tags
CRISPRdesigner babiesgene editinggenomicsPGDpre-implantion genetic diagnosisselective biology
In this article
CRISPRdesigner babiesgene editinggenomicsPGDpre-implantion genetic diagnosisselective biology
Related
The Well
CRISPR: What will humanity create?
CRISPR’s gene drive can defy evolution. Here’s how, explained by Nobel Prize winner Jennifer Doudna.
▸
6 min
—
with
Jennifer Doudna
Health
CRISPR therapy cures first genetic disorder inside the body
It marks a breakthrough in using gene editing to treat diseases.
Health
Meet Dr. Jennifer Doudna: she’s leading the biotech revolution
She helped create CRISPR, a gene-editing technology that is changing the way we treat genetic diseases and even how we produce food.
Health
CRISPR gives mosquitos contagious infertility
Could this spell the end for mosquitos?
Health
Just how useful is human gene editing?
In the near-term, gene editing is not likely to be useful. Even in the long-term, it may not be very practical.
Up Next
Personal Growth
Karl Ove Knausgaard – The Way I Should Be in the World – Think Again – a Big Think Podcast #132
If your vision is clear, everything is revelatory. The author of “My Struggle” on writing his way into life.