In his 1945 public lecture ‘Existentialism is a Humanism‘  Jean-Paul Sartre made a bold claim: for human beings, existence precedes essence.  We exist, then we choose how to be. This is as opposed to a chair, for example, which is designed to fit a particular purpose and then brought into existence to fulfill that purpose. The chair has an essence that precedes it; it has a “chair nature” that it is created to conform to.

Sartre rejects the idea that human nature is a guide on how we shouldlive and further denies that there is any such human nature at all. This was a radical departure from most of the philosophy that came before him. Thinkers going back to ancient Greece and China have tried to use human nature as a guide to living a proper life.

Each of those philosophers, including Aristotle, Mencius, John Calvin and Xun Kuang, made an insight into what they saw as human nature and then tried to determine what we ought to do from there. In doing so, they made a horrible mistake.

David Hume demonstrated their error with his is-ought gap. In his work A Treatise on Human Nature, Hume shows us that we cannot determine what we ought to do from observing a mere fact. Just because we evolved to eat all the salt and sugar we can get doesn’t mean we ought to, for example. Just because something is natural doesn’t mean it is good.

This is often referred to as the appeal to nature, which is a closely related fallacy. Even with this problem, many thinkers would still reject Sartre’s claim of there not being a human nature to work with.

However, Sartre might have an unlikely supporter in his belief that there is no human nature: the naturalist Charles Darwin. 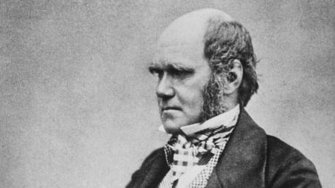 Darwin, here to ruin the day of people who think humans are special.

Evolution shows us that any human nature we have is an accident, retained to promote reproductive success, and is not likely to exist over the long run in any fixed form. Any determination of what human nature would be if it exists is only applicable in particular circumstances for a relatively short time.

Evolution can only happen when there are variations from the norm. Mutations that promote survival thrive, ones that are detrimental to survival are weeded out, and the neutral ones remain. Any attempt to find human nature among all of the variations would have to include altruism and psychopathy, openness to experience and caution, athletic ability and the lack thereof.

Darwin teaches us that there is no “normal”, and fundamental changes are happening all the time. Biologically speaking, human nature doesn’t exist in the way many philosophers need it to.

But, if we can’t base our ethics on human nature, what can we base it on?

The problem of how to ground morality without the appeal to nature is a big one and one that many people have tried to tackle. Immanuel Kant attempted to solve the problem by finding morality in pure reason, formulating the categorical imperative this way. Sartre borrows it from Kant in his lecture, arguing that we must make our choices on how to live as though we were choosing for all of humanity. 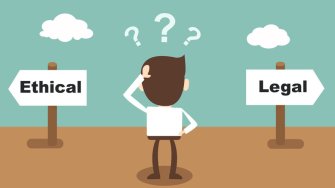 Sometimes, that isn’t so easy.

Others have found ethical ideas in looking to the human condition, rather than at human nature. In her essay ‘Non-Relative Virtues: An Aristotelian Approach’, Martha Nussbaum argues that certain problems of human life are inevitable and virtues can be found by determining how to handle these problems. As an example, how we deal with the fact we will someday face danger to life and limb is covered by the virtue of courage. The exact details are to be worked out later, but the need for an answer is clear.

Just because human nature might be one thing or another is not a reason to chart the course of your life in a particular direction. If Sartre is right, there is no human nature to start from anyway. As evolutionary theory advances, we discover that all of humanity shares a hodgepodge of traits that happened to get passed on. It seems strange that we should base what we value and how we act on those traits alone.

We are then left in the predicament of the existentialists: we must decide on what we value, say, do, and dream to be without guideposts. This is a great freedom and a great responsibility.

Tags
appeal to natureDarwinevolutionExistentialismhuman natureHumeis-ought gapphilosophySartrethe meaning of life
In this article
appeal to natureDarwinevolutionExistentialismhuman natureHumeis-ought gapphilosophySartrethe meaning of life
Related
The Learning Curve
5 Stoic quotes to help you through difficult times
“We suffer more often in the imagination than in reality.”
Thinking
6 great philosophers and how they used their political power
Most philosophers merely contemplate the world, but what about the ones who actually tried to change it?
Thinking
Finding your essential self: the ancient philosophy of Zhuangzi explained
Adopting a healthy scepticism towards inherited ideas means “emptying the container of the Self.”
Thinking
Why you should laugh at yourself, according to Seneca and Nietzsche
“It is more human to laugh at life than to lament it.”
13.8
Why the origin of life and the Universe itself might be forever unknowable
There might be a hard limit to our knowledge of the Universe.
Up Next
Thinking
If Work Dominated Your Every Moment Would Life Be Worth Living?
‘Total work’, a term coined by the German philosopher Josef Pieper just after the Second World War in his book Leisure: The Basis of Culture (1948), is the process by which human beings are transformed into workers and nothing else.