With potentially habitable exoplanets continually being found, with water ice on the moon, and with verified military videos showing jaw-dropping who-knows-whats in our skies, it’s seeming more and more likely that life exists elsewhere in the universe. In some form or another. The day feels increasingly imminent on which humankind will be called to accept a profound realignment. If and when this happens, it’ll be a deeply-felt shock, forcing, among other things, a reassessment of human-centric faith systems as well the relevance of national/tribal loyalties.

If nothing else happens first, there’s 2031 to consider if all goes according to plan. That’s when NASA and ESI currently plan to return the first samples to Earth from Mars, samples that scientists hope will contain signs, if not examples, of Martian microbial life. Sheri Klug Boonstra of Arizona State University’s Mars Space Flight Facility recently sounded an alarm: It’s time to start consciously preparing the public to definitively learn we’re not alone. 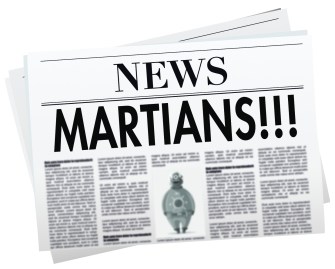 Bracing ourselves against anti-science attitudes and sound bites

Klug Boonstra is a science-education specialist and principal investigator of NASA’s Lucy Student Pipeline and Competency Enabler Program. Speaking at the American Geophysical Unions’ conference in December, she asserted that participants in the international Mars Sample Return Campaign (MSRC) should take seriously the ramifications of the project on society. She suggests this effort be considered equal in importance to the project’s other objectives. “The public has to be a major part of the equation,” Boonstra says. “We don’t want to be in the position where we’re just getting the information out when the public hears that the rocks are coming back.” 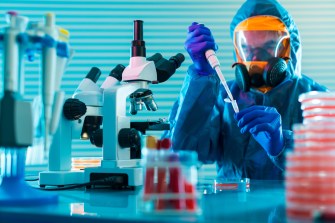 No plague on mankind

Boonstra is concerned in particular with the possibility that laypeople may become terrified at the thought of bringing to Earth infectious new microbes or other biomaterials. With Ebola fresh in our minds, it’s not an unreasonable concern, so Boonstra considers it important that the MSRC communicate the steps being taken to assure this doesn’t happen.

While the likelihood of such an outcome is viewed as small — presuming we can predict with confidence the possible mechanisms of extraterrestrial contamination — MSRC plans to throughly vet the Mars samples at a Sample Receiving Facility (SRF) constructed for the purpose. The as-yet-unbuilt facility at a site not yet selected will guard against problems in both directions: Nothing would be able to contaminate the samples, and samples wouldn’t be able to in any way leak out. The plan is to design and construct the SRF using to the standards of Biosafety Level 4 labs that safely house super-bugs such as Ebola as a baseline, according to Canadian Space Agency’s Tim Haltigin. 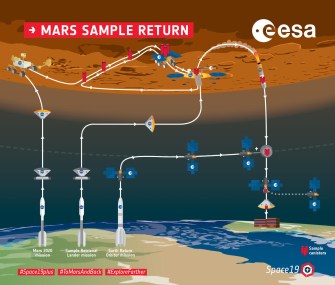 While materials from Mars have been seen on Earth before, carried here in meteorites, this is the first time we’ll have an up-close-and-personal look at pristine samples. MSRC is a joint effort of NASA and the European Space Agency. The preliminary plan is still being refined, but the probable broad strokes are clear.

In 2026, two launches will occur. The ESA’s Earth Return Orbiter (ERO) will be sent into Mars orbit. NASA’s Sample Retrieval Lander (SRL) will drop a craft into Jezero Crater, near the landing site of NASA’s Mars 2020 rover. The lander will contain the ESA Sample Fetch Rover (SFR) as well as a small rocket, the Mars Ascent Vehicle (MAV).

As ERO orbits the red planet, the SRF will collect samples, packing them into sealed tubes and eventually carting them over to the MAV. The SRF will also have the option of stashing them on the 2020, which would also be able to bring them to the MAV.

When ready, the MAV will lift off with samples and jettison the container of them into orbit. ERO will catch the container, retrieve its contents and then dump the enclosure en route back to Earth, and us.

It weakens the bacteria so that the immune system can destroy it.
The Present

The findings contradict a widespread belief.
The Future

From astrobiology to geology, a Moon base could serve as a laboratory unlike anything on Earth.
Up Next
Health

Today, a quickly emerging set of technologies known as bioprinting is poised to push the boundaries further.