Is there an omnipotent all-knowing entity, otherwise known as “God”, ruling our daily affairs and caring enough to judge our behaviors on an individual basis? Or is our life ruled by an invisible supercomputer that pre-ordains most of our actions, ensuring an impenetrable veil between us and reality, preventing all knowledge of the true nature of things? Or maybe there are advanced aliens out there, either responsible for guiding our meager attempts at civilizing or simply using us as guinea pigs in some incomprehensible experiment? Whatever it is that is really going on, the late astronomer Carl Sagan coined an aphorism to deal with just such grand proposals. “Extraordinary Claims Require Extraordinary Evidence,” asserted Sagan in what has become known as the Sagan Standard. The same can also be referred to by the aphorism’s acronym “ECREE“.

While Sagan made the statement popular on his “Cosmos” shows of the 1980s, he wasn’t necessarily the one who came up with the idea entirely on his own. Historians have pointed to a similar thought expressed in 1899 by the Swiss psychologist Théodore Flournoy who stated that “the weight of evidence for an extraordinary claim must be proportioned to its strangeness”. Flournoy, in his turn, actually based his idea on an 1814 saying by the French scientist and philosopher Pierre-Simon Laplace, who said “we ought to examine [seemingly inexplicable phenomena] with an attention all the more scrupulous as it appears more difficult to admit them”. 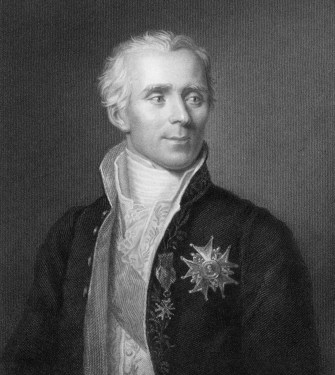 Other historians even go farther back, seeing the roots of this kind of thinking in 18-century critiques of magic by people like the Scottish philosopher David Hume, who wrote in 1748: “A wise man … proportions his belief to the evidence”, and “No testimony is sufficient to establish a miracle, unless the testimony be of such a kind, that its falsehood would be more miraculous than the fact which it endeavors to establish.”

Certainly, while there are large amounts of humans who still believe in actual miracles, we are also constantly bombarded by claims of both scientific and unscientific nature that beggar belief. ECREE can be a useful tool to keep in mind next time you encounter an outlandish political statement, a deepfake video, or an unprovable claim of a cure for cancer or alien sighting. Don’t take outlandish statements for granted and ask for evidence. The greater the claim, the greater the amount of evidence required to prove it.

While the idea behind the Sagan standard seems intuitively clear at first glance, to our science-minding modern brains, it has been the subject of criticism. Some, like the geologist and geophysicist David Deming, have argued that Sagan’s dictum doesn’t really define “extraordinary”. After all, what is extraordinary to someone depends on their level of knowledge and their beliefs. Someone who knows very little would find many things beyond ordinary. It is also true that much of what is known scientifically today was not known even a hundred years ago, so certainly many claims which we generally agree upon now could be considered “extraordinary” by previous generations.

What this results in is that the popular concept has been used to bolster up orthodoxy and discredit innovation and research into science anomalies or even mainstream hypotheses which have much empirical evidence.

Still, keep that in mind, it can be a useful tool in these extraordinary times.

Tags
artificial intelligenceastronomydecision makinghistorypersonal growthphilosophyphysicsscience
In this article
artificial intelligenceastronomydecision makinghistorypersonal growthphilosophyphysicsscience
Related
13.8
Why the origin of life and the Universe itself might be forever unknowable
There might be a hard limit to our knowledge of the Universe.
Hard Science
200 years of exploring Antarctica
What we’ve learning from the world’s coldest, most forbidding, and most peaceful continent.
Thinking
Bonhoeffer’s “theory of stupidity”: We have more to fear from stupid people than evil ones
Evil is easy to identify and fight against; not so with stupidity.
High Culture
The most controversial painting in Russian history
Created in the 1880s, “Ivan the Terrible and His Son Ivan,” which depicts a father murdering his son, divides Russians to this day.
The Past
Ceramics, corn cobs, and other strange things we used before toilet paper
Some objects were softer than others.
Up Next
Health
MDMA and Ayahuasca in Ritual and Therapy
Dr. Charles Grob was the first researcher granted FDA approval to study these drugs.