2018 started off with a tremendous lunar spectacle and promises to keep up the show. Here we have ten major astronomical events that will take place this year, including the stats on time, place, and which part of the sky to be looking in. 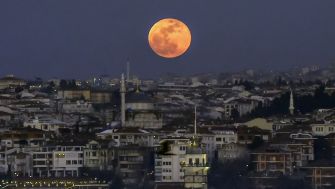 On January 31, 2018, people living in East Asia, the Pacific Islands, and the West Coast of the United States had the best views of a lunar eclipse which turned the moon a vibrant red. This eclipse was particularly special because it occurred as the moon was in perigee, the closest approach to the Earth in its orbit. For most time zones this was also the second full moon of the month, making it a “blue moon” as well. 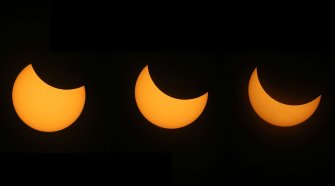 A Multi-exposure photograph of a partial solar eclipse, similar to the one that will happen this year. (Getty Images)

On Feb 15 the moon will return for an encore and partially eclipse the sun. While this event will not be anywhere near as fantastic as the total eclipse seen by millions of Americans in 2017, it will still offer interesting views. Regrettably, most of the eclipse will occur over the South Pole, with only the ending of the event being visible to residents of Argentina, Chile, and Uruguay.

For anybody reading this in Buenos Aires, don’t forget your eclipse glasses. 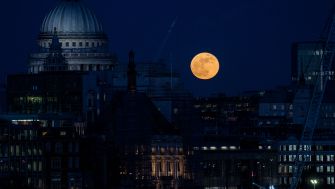 On March 2nd and 31st, the moon will be full. As it will be the second full moon in a calendar month, residents of Eastern and Central Asia will get a great view of a blue moon. For everybody living east of the dateline border, such as in the United States, the date will shift before the moon is truly full and it won’t count as being in the same month.

Of course, the moon itself won’t really be blue, it’s just a name. A blue hue is possible after volcanic activity or wildfires as dust particles filter out red light, however. 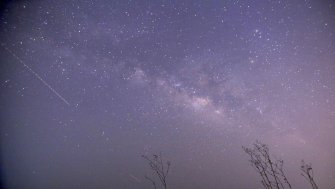 A falling star over Myanmar as part of the Lyrid meteor shower. (Getty Images)

This meteor shower is caused by Earth passing into dust shed by the long period comet C/1861 G1 (Thatcher). It is one of the oldest astronomical events known and it was likely referenced by the ancient Chinese in the work Zuo Zhuan. It is named for the constellation Lyra, and the meteors will seem to originate from that part of the sky.

This event occurs every year from April 16th to the 25th and commonly peaks around the evening of the 22nd. This meteor shower will be visible to the entire Northern hemisphere and for the extreme north of the Southern Hemisphere. 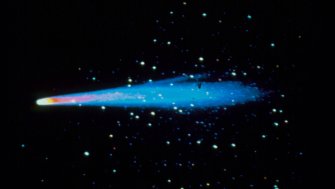 Halley’s Comet as seen from the Soviet spacecraft Vega in 1986. (Getty Images)

Yes, we know; the real Halley’s Comet isn’t coming back until 2061. For those of us who don’t want to wait, during the night of May 6 and 7th small remnants of the comet will be seen streaking across the sky. The Eta Aquariids meteor shower is comprised of dust particles left along the path of the famed comet which burn up as the Earth moves into them.

This shower isn’t very spectacular, but it is notable for being visible primarily in the Southern hemisphere. While the peak will be around the 7th of May there will be a week of activity, as it is with most meteor showers. It is named for the Aquarius constellation and the falling stars will be focused around it. 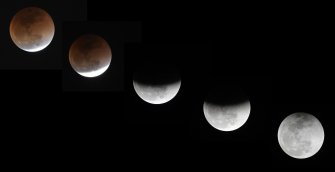 The second lunar eclipse of the year will also be the longest of the 21st century. The moon will be at apogee, the furthest the moon gets from the Earth in its orbit, and be passing right through the center of the Earth’s shadow. Such an eclipse is called a “central lunar eclipse” and is relatively rare.

The eclipse will occur on July 27th. It will be visible from Australia to Brazil, with the best views being over Eastern Africa and Central Asia. 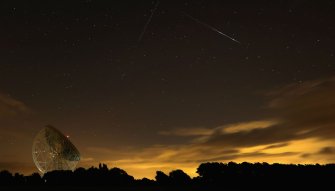 Named for the constellation Perseus, where it appears to originate. The source of this shower is the dust from the comet Swift-Tuttle. Most of the dust which will burn up to create this event has been drifting in Earth’s path for thousands of years, though some of it is known to have broken off its comet in 1865 and will cause a slight boost in activity right before the peak of the event. 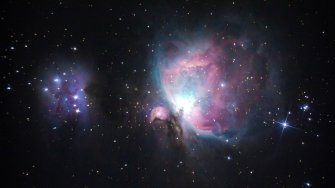 The Orion Nebula, which shares a namesake with the Orionid Shower. (Getty Images)

Another meteor shower, this time it seems to come from the Orion constellation.  The comet responsible for this event is none other than the famed Halley’s Comet. This is one of two annual meteor showers caused by dust from that comet, the other being the Eta Aquarids in May.

While the meteors will be visible for the first week of October, expect the peak to occur around the second. This shower will be visible in both the Northern and Southern hemispheres. 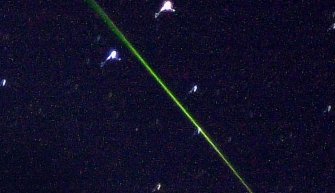 The green streak of a meteor seen in the southern sky of New England as part of the 2001 Leonids. (Getty Images)

Seeming to come out of the constellation Leo, this meteor shower is caused by the Earth moving into dust left behind by the comet Tempel-Tuttle.  While the most spectacular events this shower can produce were seen between 1999 and 2002, this year’s Leonids will still be fun to watch and stronger than last year. This meteor shower also has the distinction of having produced one of the most, if not the most, amazing shows on record. In 1833 it was estimated that more than 240,000 meteors were visible over nine hours in the skies of the United States and Mexico.

Occurring for most of November, the peak of this event will be between the 17th and 18th. This event will be visible everywhere in the world no matter which hemisphere you find yourself in. 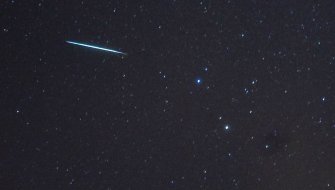 A shooting star as part of the Geminids meteor shower. (Getty Images).

The last major astronomical event of the year is yet another meteor shower. This is one of two meteor showers not caused by a comet. Instead, the source for the dust which creates the dazzling spectacle is the asteroid 3200 Phaethon. This shower is notable for its consistency and the medium speed of the falling stars, making it an excellent choice for beginning stargazers.

The event can last from December 7th to the 17th and tends to peak around the 14th. This event will be visible primarily to residents of the Northern Hemisphere, though amateur astronomers in the tropical areas of the Southern Hemisphere may be able to see a view falling stars.

Now, get out to a nice, dark, place in the countryside and look up.

What’s the secret language of depression?