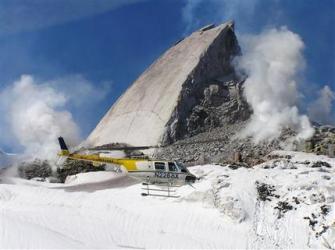 Just a brief note that the USGS has officially pronounced the eruption that started in 2004 at Mt. Saint Helens over. They lowered the alert level to “normal” after months with little to no signs of activity. The new dome that grew in the crater formed by the 1980 eruption is 125 million cubic yards of new material as the volcano continues to rebuild.