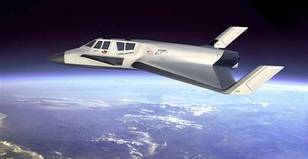 On the op-ed pages of the Wall Street Journal, venture capitalist and tech visionary Esther Dyson weighs in on the emergence of new aviation and commercial space start-ups and explains what they mean for the future of aerospace innovation. As Esther points out, the same types of “pioneers” who funded and developed the Internet are now working on the development of alternatives to conventional airline flight. (Anyone who spent the winter holidays holed up in an airport due to travel delays will appreciate the need for aviation alternatives!) Esther is already an investor in XCOR, Constellation Services, Zero-G, Icon Aircraft and Space Adventures, so this is more than just pie-in-the-sky speculation about the future.

According to Esther, the development of the “air taxi” is already helping to change the conventional thinking when it comes to airline flight:

“Then there are the air taxis – which represent the conjunction of aviation and information (plus a generation of new, very light jets). Air taxis and private jets are to mass-market airlines what PCs are to mainframes. They will take you wherever you want to go on demand, as long as you want to go to one of the secondary airports they service. […]

Air taxis, represented by start-up DayJet, take it as given that people, unlike packages, do care [about the route]. IT is needed to optimize the use of aircraft and staffing resources according to specific customer demand. With enough hardware and software, each trip can be what programmers call an “exception”: a route uniquely designed for each customer, each time.”

What’s interesting is that Esther describes these aviation and space innovations as an “evolutionary” response to the failures of airports and airlines in general. (In an analogous way, Esther notes, FedEx was an evolutionary response to problems that customers faced in shipping packages around the country) These new aerospace start-ups are developing to help meet genuine customer needs, rather than springing from the heads of entrepreneurs as some kind of space fantasy. Even space tourism operators like Space Adventures can be seen as natural, organic outgrowths of an existing industry: the cruise and leisure travel industry. Why spend a week in the Caribbean on a cruise ship when you can spend a few days circling the Earth?