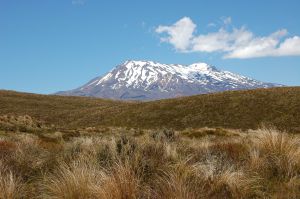 I wouldn’t normally use this blog for something like this, but google has failed me. When I was in New Zealand, I saw a video on the 1995-96 eruptions at Ruapehu titled Witness to Eruption made in, I believe, 1999. It had some excellent footage of the eruptions in the 1990s as well as the 1950s, along with some great examples of interactions between the populations/businesses near the volcano and the eruption (namely the ski areas). I assumed I could get back to the states and look up the video on google to buy a copy, but no luck! Does anyone have any knowledge about where I could find this video for purchase, hopefully on DVD? Leave a comment or send me an email if you have any information.