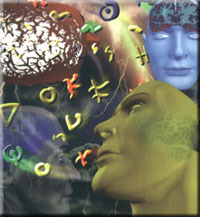 nIdeas are the life-blood of the innovation community. With that in mind, over on the Principled Innovation blog, Jeff De Cagna announces the launch of a new series of blog posts called Garage Memes:

“Last month, I wrotenabout the need to bring more “garage thinking” into the associationncommunity. In that spirit, I am going to start posting a series of whatnI’m calling “garage memes.” Garage memes are dangerous ideasndesigned to undermine support for the association community’s statusnquo and provoke new thinking about what is possible. If this works outnright, you’ll read my garage memes, starting talking about them withnyour colleagues and, in time, they will spread across our community.”

n If you’re not familiar with the term, memes are essentially self-replicating ideas that function analogously to genes in that they carry information about culture and ideas. While most people tend to think of the word meme as having some sort of Internet-related derivation (e.g. the name of the newest FORTUNE conference is iMeme: The Thinkers of Tech), did you know that the word actually derives from The Selfish Gene, a 1976 book written by Oxford evolutionist Richard Dawkins? (FYI – a link to this book appears on the book blogroll in the left-most column of this site) Yep, he snuck the part about memes into one of the final chapters of the book:

“We need a name for the new replicator, a noun that conveys the idea of a unit of cultural transmission, or a unit of imitation. ‘Mimeme’ comes from a suitable Greek root, but I want a monosyllable that sounds a bit like ‘gene.’ I hope my classicist friends will forgive me if I abbreviate ‘mimeme’ to ‘meme.’ If it is any consolation, it could alternatively be thought of as being related to ‘memory,’ or to the French word meme. It should be pronounced to rhyme with ‘cream.’ Examples of memes are tunes, ideas, catch-phrases, clothes fashions, ways of making pots or of building arches…”