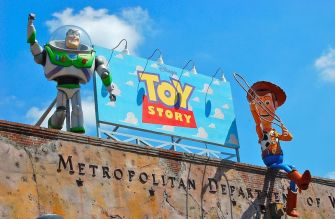 One of the most misunderstood terms in the business world is disruptive technology. Too many companies — and the marketers in charge of bringing these companies’ innovations to market — assume that “disruptive” connotes a highly-sophisticated, high-end product with cutting-edge technology that will appeal to early adopters. Actually, however, Harvard’s Clayton Christensen argued the opposite in his groundbreaking book on business innovation, The Innovator’s Dilemma. As Christensen pointed out again and again, disruptive technologies were exactly those that did not appeal to entrenched market leaders because they tended to under-perform existing technologies and served a less-profitable consumer demographic.

In other words, as Chris Dixon points out in a particularly concise and accurate review of Clayton Christensen’s concept of disruptive innovation, disruptive technologies initially are viewed as “toys” in the minds of the entrenched market leaders:

“The reason big new things sneak by incumbents is that the next big thing always starts out being dismissed as a “toy.”  This
is one of the main insights of Clay Christensen’s “disruptive
technology” theory. This theory starts with the observation that
technologies tend to get better at a faster rate than users’ needs
increase. From this simple insight follows all kinds of interesting
conclusions about how markets and products change over time.

Disruptive technologies are dismissed as toys because when they are
first launched they “undershoot” user needs. The first telephone could
only carry voices a mile or two. The leading telco of the time, Western
Union, passed on acquiring the phone because they didn’t see how it
could possibly be useful to businesses and railroads – their primary
customers. What they failed to anticipate was how rapidly telephone
technology and infrastructure would improve (technology adoption is usually non-linear
due to so-called complementary network effects). The same was true of
how mainframe companies viewed the PC (microcomputer), and how modern
telecom companies viewed Skype.”

Which is why, of course, so many American business icons go from great to good to also-rans. These companies continually subject new technologies and products to rigorous filters for profitability and performance. When disruptive technologies fail to deliver (at first), these market leaders are forced to shunt them aside in favor of “what works.” Kodak’s failure to embrace digital camera technology or newspapers’ early dismissal of blogging platforms are two examples of a “toy story” that come to mind.

n Over the past 30 days or so, there has been a sudden explosion of interest surrounding 3D entertainment technology — driven in no small part by the phenomenal success […]