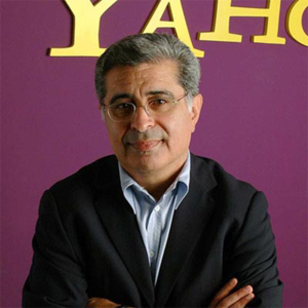 Investors disappointed with Yahoo’s performance vis-a-vis Google over the past 24 months have been clamoring for the scalp of Yahoo! CEO Terry Semel, and now they finally have it:

announced that the Board of Directors has appointed Jerry Yang, Yahoo!

co-founder and long-time board member, as Chief Executive Officer.

of non-executive Chairman and serve as an advisor and important

resource for the company’s senior management team, while also working

closely with the Board. The Board also named Susan Decker, formerly

Executive Vice President and Head of Advertiser and Publisher Group, as

President of the company.

Terry Semel said, “The Board and I

have long talked about the importance of ensuring a smooth succession

in Yahoo!’s senior leadership — and more recently, about the need for

a leadership team committed to carrying Yahoo! through its multi-year

transformation. As we discussed my future goals and plans, I was clear

than later. I believe Jerry and Sue, with their superb talents and

intense dedication to Yahoo! and its people, are the perfect

combination to carry us forward. This is the time for new executive

leadership, with different skills and strengths, to step in and drive

do, and the right time is now.”

Looks like a fairly graceful exit so far. At the end of the day, though, Terry Semel will be known as The Man Who Took the Exclamation Mark Out of Yahoo. Let’s give the company back to the kids.