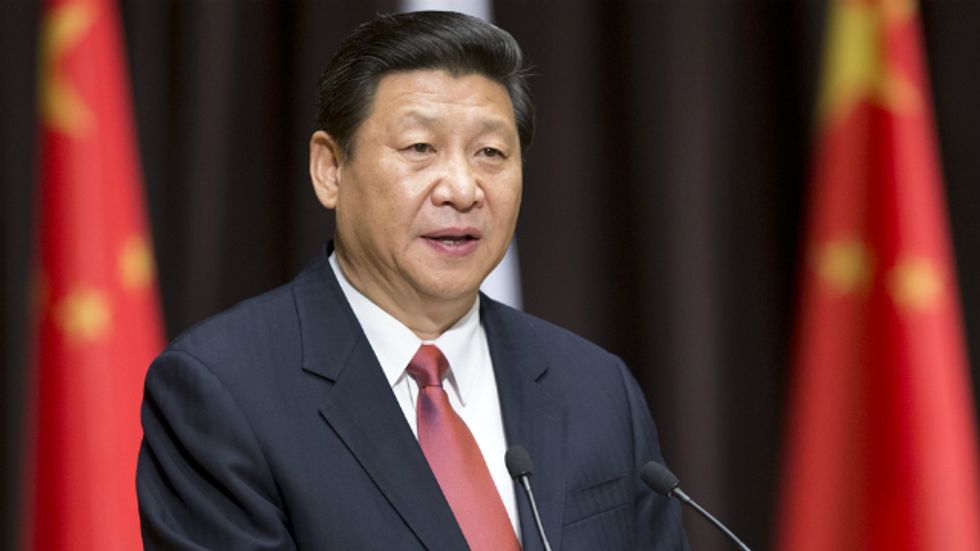 BEIJING AND SHANGHAI - Every single Western writer in China will face a tough decision in 2014: “Do I translate Chinese terms or not? If negated, this could lead to a small cultural revolution. Why, because forgoing translation, after all a tool of cultural imperialism, would change EVERYTHING.

“Have You Heard About The Dama Dames? They Are Buying Gold Like There Was No Tomorrow.”

The year 2013 saw thousands of Chinese words enriching the English language. Luckily, you know before it is official because you are reading my blog:

Raymond Zhou of the China Daily wrote a detailed manifesto on the dama or “big mamas.” Those are the Chinese wives – not “big” in a physical sense - who are “sweeping jewelry stores across the nation” and shopping real estate because it’s so exciting.

In fact, your author read an article about the big mamas in the in-flight magazine during his recent trip from Beijing to Tokyo. The headline "Chinese Dama" was featured against the backdrop of London's Westminster and Big Ben. By now every Wall Street banker has heard about ‘dama’, Mr. Zhou argues, because it is often Chinese women (wives or mistresses, by the way) who make the big financial decisions [for their men].

Shanghai Daily featured a brilliant piece by Yao Minji about the latest Chinese word creations. Nvhanzi are bossy and seemingly superhuman females, students mostly, who rise earlier than Immanuel Kant and sleep less than Honoré de Balzac in order to achieve their high-achiever's aims. Another tune for them is xueba, Academic tyrants, which also applies to male wonkers, nerds, and grade grabbers.

Taizidang - The Party of Princelings

Zhang Lifan, a political observer, recently published an interview in The Hindu in which he elaborated on the concepts of taizidang or :The Party of Princelings," and the hongerdai or "The Second Red Generation." Their Red background, Mr. Zhang says, "will inform their decision-making, and likely emerge as both an asset and a liability." Political theorist from Berlin to Paris, from London to Washington are now learning Chinese, if they want it or not.

"Chinese (or other foreign) loanwords are common in entertainment and spiritualism, like kungfu, qi, or dao; in politics and the sciences however we shun them so as to not yield an inch of Western intellectual territory to the Asians."

The timing for introducing Chinese archetypes, categories, and taxonomies on a global scale could not be better: Xi Jinping, the President of China, is personally promoting the Zhongguo meng or "Chinese Dream" and promised to rejuvenate the Chinese culture.

"They will have to stem Westernization a bit because it will set them free."

Mr. Xi didn't explicitly mention the protection of Chinese words, and neither did the Ministry of Education or Hanban, The Office of Chinese Language (which propagates and finances Chinese culture overseas through its well-known 'Confucius Institutes'). Teaching Chinese Language and promoting certain Chinese key terminologies are, after all, two different things.

Still, while Xi Jinping keeps his ideas about 'Cultural China' deliberately vague (e. g. take any Western concept and add "with Chinese characteristics", as in 'Socialism with Chinese characteristics'), Chinese artists, writers, and entrepreneur meanwhile have taken their chances at writing history, literally: They sponsor those key terminologies that are the front and center of the Chinese tradition whenever they can.

Chinese academia is genuinely divided over the future path of China. Western money understandably went (and still goes) to those Chinese scholars who are Western-educated and/or promote(ed) total Westernization. Sometimes greedy and submissive, many Chinese professors have adopted Western biblical and philosophical interpretations for all East-Asian thought.

Thus, Chinese shengren became ‘saints’ or ‘philosophers’, and Chinese wenming became ‘civilization’; and ren became ‘concrete humanity’ and what not. Overseas Chinese who submit to the Eurocentric worldview are often paid better than their local Chinese peers, especially at the two great educational flagships of the Chinese civilization - Peking University and Tsinghua University.

This won’t be the end of the (his)story. Some observers say that we are witnessing the dismantling of Western-written 'World history', literally, by letting other cultures’ originality stepping in and between the lines. People call this healthy but slow process "De-Westernization." To be sure, tens of thousands of Asian concepts are yet completely unknown to the Americans and Europeans.

"China isn't alone. India, Japan, and Iran, too, may also be wondering why their socio-cultural originality is purposely kept out of world history."

Scholars of China Studies who (despite knowing English) have insisted on continuing the Chinese tradition are marginalized. But they are greater in numbers. From Gu Zhengkun of Peking University, to Chen Lai of Tsinghua University, to Roger T. Ames of the University of Hawaii – most refuse to use misleading English translations for Confucian key terms such as rujia, or ren.

China is not alone. Everywhere in the world we see foreign scholars who demand the liberation of their nation’s vocabularies and, following from that, the creation of a new global language. In Japan we have Haneda Masashi of Tokyo University; in the US we have the Indian Rajiv Malhotra, in South Korea we have Yersu Kim of Kyung Hee University, and in Iran we have S. A. Mirhosseini, to name but a few.

As to politics, out of the seven members of the Standing Committee of the Communist Party of China, only one studied abroad (and that was in North Korea). Understandably, China leadership has a great interest in protecting Chinese culture against Western language imperialism.

"Who are those national governments and academic stakeholders who want to keep knowledge limited and utterly reduced to what the West knows?"

For young scholars, artist, journalist, and writers all over the world, this could be a most interesting development. Don’t we all come from cultures with a great originality and inventiveness, but were silenced by Western education, editors, publishers, and institutions who forced us to employ pure and clean English, or else perish? For men and women who live for letters, racism seems but a trifle compared to the ongoing prejudices against foreign words.

We cannot act as if China didn't matter, as if the East-Asians for the last 3000 years invented nothing worth of naming and branding. The liberation of Chinese culture - its words and concepts - has only just begun.