I always loved the hypnotist show at the state fair in the summertime. A smooth talking showman usually asks for volunteers from an attentive crowd. Once, I saw the entertainer choose an intimidating, muscle bound man, who quickly became convinced that he was a pretty, little girl. Another, serious and dowdy woman found herself strutting and clucking like a chicken across the stage.

There are lots of myths surrounding hypnosis, such as, that you can only tell the truth when you are under, that you can be controlled, or that the hypnotist can wipe your memory. These are all false. In fact, such fanfare delegitimizes hypnotherapy, as does Hollywood which often portray hypnotists as con men or villains.

In the clinical world, hypnosis has been used to help people quit smoking, overcome phobias, and control pain. But is there really something at work here, or is it all just the power of suggestion? Despite a body of evidence suggesting its validity, hypnotherapy remains controversial. History can tell us why.

Austrian physician Franz Mesmer was the first recorded figure to utilize hypnosis for clinical aims. The 18th century medical celebrity, from whom we get the term “mesmerize,” used it to heal all sorts of ailments. The French crown remained unconvinced, and so King Louis XVI assembled a committee to investigate whether hypnosis held any credence. American ambassador Benjamin Franklin was among them, and lent his name to the enterprise. In 1784, the “Franklin Commission” deemed “mesmerism” devoid of therapeutic benefit. 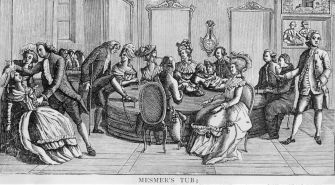 Despite this, hypnosis was used medically throughout the 19th century. For instance, Scottish surgeon James Esdaile is said to have operated on thousands in India between 1845 and 1851, without the benefit of anesthetic. Instead, he used hypnosis, and is said to have successfully controlled patient pain and brought the death rate down to five percent. Today, the death rate from surgery is 1.14%.

Although the Franklin Commission report besmirched the practice for centuries, by the 1950s, researchers had a body of evidence proving its worth, and even discovered ways to measure hypnotizability. Over 12,000 scholarly papers have been published on the subject over the years, according to Penn State psychologist William Ray. This helped restore the practice’s credibility. Ray himself has conducted EEG studies on patients under hypnosis.

One of these concluded that the practice can cancel out the emotional aspect of pain. Neuroscientists recently discovered that pain actually travels two channels inside the brain. It first registers it in the sensory cortex, but its meaning is deciphered in the prefrontal cortex. The emotional center within the latter, acts as a dimmer switch, intensifying or muting pain, depending on the person’s opinion of it. Stress and anxiety surrounding pain make it worse.

According to Dr. Mark Jensen, a psychologist at the University of Washington, patients under hypnosis told that their pain is only minor, allows them to interpret it differently, lifting anxiety and despair, and making them feel better. Some experts believe hypnosis can have tremendous therapeutic value to those with chronic pain, in a way free of drugs, invasive procedures, or side effects. But there’s also bad news. 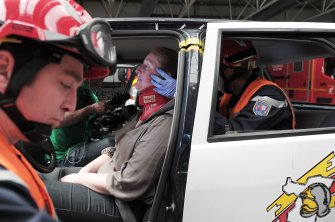 A Stanford University study, published in 2012, found that not everyone is susceptible. Researchers, using an fMRI, scanned the brains of 12 adults who were highly hypnotizable and 12 who were not. Three specific areas were examined, the default mode network—the holding pattern of the brain, the executive control network, which controls brain and bodily functions, and the salience network—responsible for deciding what is important and what isn’t.

This study was led by David Spiegel, MD, professor and associate chair of psychiatry and behavioral sciences at Stanford. In 1972, he made headlines for undergoing shoulder surgery and refusing pain medication afterward. Instead, he hypnotized himself and reportedly felt little pain. One of his previous studies found that painkiller use dropped by half, among chronic pain patients who practiced self-hypnosis. A recent string of research supports this, having found that self-hypnosis can reduce the pain of childbirth.

According to Spiegel, those who can be hypnotized tend to be more intuitive, trusting, imaginative, and are more likely to get caught up in a movie or book than others. They are also less likely to insist on order and logic in every situation. Even so, the ability to be hypnotized was found less to do with personality and more to do with brain structure, what Spiegel calls a “neural trait.” He and colleagues found that participants who were hypnotizable showed greater activity between the executive control and salience networks. Those with a low susceptibility however, saw little activity between these two regions.

Researchers found a drop in activity in a part of the salience network called the dorsal anterior cingulate in the hypnotizable. This tells the brain what to pay attention to and what to ignore. When you’re worried, it lights up. But under hypnosis, it tends to calm down. The second thing they noticed was a strong connection between the dorsolateral prefrontal cortex and the insula, which controls heart rate and blood pressure, among other functions. “They fire together, basically,” Spiegel said. This means that “your brain in hypnosis is intensifying its connection to your body.” 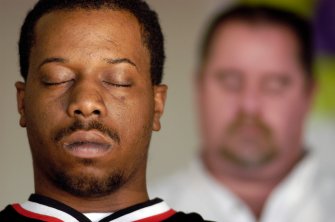 Other regions however saw less activity. The part of the brain responsible for self-reflection, becomes less active. “That’s why sometimes people will do embarrassing or silly things in staged hypnosis shows,” Spiegel said. “They’re not thinking about themselves doing it, they’re just doing it.” He and his team concluded that, “…altered functional connectivity in [the dorsolateral prefrontal cortex] and [the dorsal anterior cingulate cortex] may underlie hypnotizability.”

Spiegel believes he was on the verge of identifying a brain signature for hypnotizability. About 25% of people cannot undergo hypnosis. There is a test in place to tell, known as the Stanford Hypnotic Susceptibility Scales. People are rated from 0 to 12 on responsiveness. One’s susceptibility can be low, medium, or high. Around 80% of the population fall in the medium range. 10% are in the high range and 10% have low susceptibility. Just like IQ, hypnotizability remains constant throughout the person’s life. Some longitudinal studies found that 25 years later, retested subjects had nearly the same scores.

Of course, you probably experience hypnosis all the time and don’t even know it. Have you ever been so sucked into a movie that you don’t notice what’s going on around you? Technically, that’s a hypnotic state. You’re so hyper-focused that you block out everything else. Those who are more likely to become engrossed in such things are more susceptible to hypnosis. In such a state, what we call a trance, a person can be led by a therapist through specific tasks or to reflect on certain thoughts. At this point, your subconscious is more open to suggestion. But that doesn’t mean you lose your will. Both your will and your judgment remain intact.

By understanding this mental state further, we will likely get a better picture of how consciousness and our perception of reality work, Byzantine stuff that will take a lot of time to unravel. However, the Human Connectome Project and other brain mapping studies are likely, over time, make significant headway.

To learn more about the scientific basis of hypnosis, click here:

Three reasons why a radically better future is more likely than we think.
Up Next
Politics & Current Affairs

How Far Will Optimism Get Us?

According to Tali Sharot, our innate optimism bias is necessary, but needs to be taken in doses.