In less than a week, many of us will be wondering how we ended up spending $50-$100 for a dozen long-stemmed roses. Others will be regaling in the fact that their Valentine’s Day was celebrated solo, without the encumbrance of seeking the perfect gift for their lover. Either way, the holiday is fast approaching and there is tech to help us survive it.

The origination of Valentine’s Day can be found in the ancient Roman festival of Lupercalia, a pagan fertility celebration that occurred February 13 through February 15 each year. Lupercus was the Roman god of shepherds and his festival was celebrated annually in order for the city to be purified, releasing abundance and health. In 496, Pope Gelasius I renamed the festival St. Valentine’s Day and moved it to February 14th. Much later, the celebration took on its more romantic meaning, with the oldest known valentine written in 1415 by Charles, Duke of Orleans. While imprisoned in the Tower of London following the Battle of Agincourt, Charles penned the love poem to his wife

To be sure, Valentine’s Day today is a wholly commercial endeavor. Roses, greeting cards, romantic dinners, and chocolates all make their appearance. In 2015, it was estimated that Valentine’s Day spending would reach a record $19 billion, with the average celebrant shelling out about $140 USD. 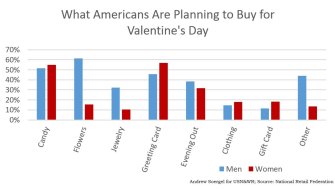 And of course there is technology that can help make the day more fun. For example, consider the iPad-only app Fingle. Think of it like Twister except for your fingers. The idea is to play against someone you might have a liking for. As you move your fingers around the game, you touch each other, bump each other, and generally spend time rubbing your fingers together. As Fingle describes it, “Two players drag up to five buttons of one color onto their matching targets; their movement makes it impossible to avoid contact, creating intimate moments with intertwined hands.” 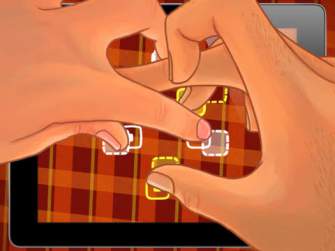 Or maybe you’re interested in avoiding your ex over the holiday. There is nothing more annoying than running into someone you never hoped to see again, especially on this most romantic of holidays. As Wired reports, the Cloak app can help. Cloak tells you where your friends are (based on their social media usage), and helps you avoid them. It works by pulling the geo-data from your friends’ check-ins and then tells you where not to go. “We’ve all adapted to a culture of sharing everything on the Internet,” say the app’s developers. “Cloak just piggybacks on that, and offers a little privacy in the real world. It fits in quite perfectly.” 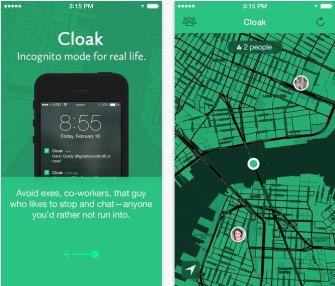 So, this weekend, as you mull over what romantic endeavor to pursue, be assured that others are struggling with the same problem. Maybe we all should take a cue from the Duke of Orleans and simply reflect on the love we feel for others, write down what our heart tells us, and then speak those words to our partners.

Why Does Blowing On Your Hot Drink Cool It Down?

The Surprising Scientific Answer Has A Lot More Than Just Heat Exchange Involved.“I like cappuccino, actually. But even a bad cup of coffee is better than no coffee at all.” […]