“The Congress shall have Power To declare War”

“The process by which we’ve entered wars over the past 57 years, and the inconclusive results of each war since that time, are obviously related to Congress’ abdication of its responsibility regarding war, given to it by Article I Section 8 of the Constitution…. Congress is about to circumvent the Constitution and avoid the tough decision of whether war should be declared by transferring this monumental decision-making power regarding war to the President.”

“In taking the country into a war with Libya, Barack Obama’s administration is breaking new ground in its construction of an imperial presidency — an executive who increasingly acts independently of Congress at home and abroad.”

“Not a single War on Terror detainee has been accorded any redress in American courts for the severe abuses to which they were subjected (including innocent people being detained for years, rendered and even tortured), and worse, no detainee has been allowed by courts even to have their claims heard. After the U.S. Government implemented a worldwide regime of torture, lawless detention, and other abuses, the doors of the American justice system have been slammed shut in the face of any and all victims seeking to have their rights vindicated or even their claims heard. If an American citizen can’t even sue political officials who lawlessly imprison and torture him in his own country — if political leaders are vested with immunity from a claim of this type — what rational person can argue that the rule of law or the Constitution binds our government officials?” 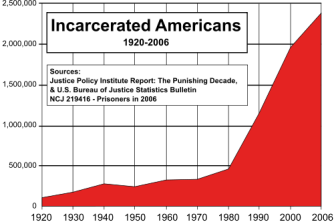 “The notion that what Wall Street firms did was merely unethical and not illegal is not just mistaken but preposterous: most everyone who works in the financial services industry understands that fraud right now is not just pervasive but epidemic, with many of the biggest banks committing entire departments to the routine commission of fraud and perjury – every single one of the major banks, for instance, devotes significant manpower to robosigning affidavits for foreclosures and credit card judgments, acts which are openly and inarguably criminal. Banks and hedge funds routinely withhold derogatory information about the instruments they sell, they routinely trade on insider information or ahead of their own clients’ orders, and corrupt accounting is so rampant now that industry analysts have begun to figure in estimated levels of fraud in their examinations of the public disclosures of major financial companies.”

“In a television interview during a visit to Egypt last week, Justice Ruth Bader Ginsburg of the Supreme Court seemed to agree. ‘I would not look to the United States Constitution if I were drafting a constitution in the year 2012,’ she said. She recommended, instead, the South African Constitution, the Canadian Charter of Rights and Freedoms or the European Convention on Human Rights.”

“We learn as part of the contract that we have granted a virtual, seemingly irrevocable, power of attorney to a small group in government and industry to act in our name. We appear to have granted this when we chose to be born, and ratify it daily by our continued existence…. We must also recognize that each generation inherits a different world and requires different solutions, and that the sources of yesterday’s hope and liberation can become tools of today’s oppression. Our past solutions no longer serve as guarantors, exemplars, protectors, and do not deserve the power we have ceded to them. We must wean ourselves from them and reclaim that power.”

At a certain point, it is foolish to attempt to use a broken system to reform itself.

The Occupy movement is not a protest; it is the start of a revolution. There is no ‘one demand’ because it is seen that the American legal and economic system is rotted from the inside-out. Hypocrisy and injustice pervade every relationship Americans have with traditional governmental and corporate power structures.

With gratitude for everything their forebearers have attempted and accomplished, Americans can learn from those who came before them, take what works, and develop a better way of organizing society. 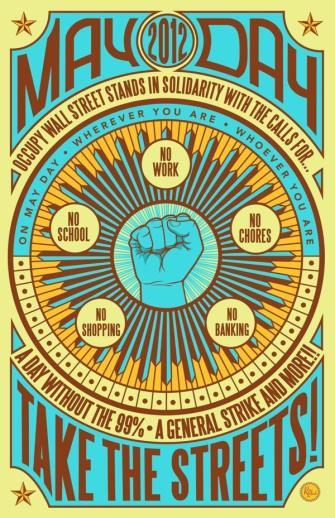 BY @Jason_Silva“He who speaks in primordial images speaks with a thousand voices; he enthralls and overpowers, while at the same time he lifts the idea he is trying to express […]