On April 17, 2012, 21-year-old Chandler Gerber was driving down a silent, deserted stretch of rural Indiana highway on his way to work. As such, he didn’t see the harm in briefly trading text messages with his wife. Gerber also didn’t see the Amish buggy before he rear-ended it at 60 miles per hour.

The results were devastating: clothes strewn across the pavement, a crumpled buggy, a mangled horse, a 3-year-old and a 5-year-old dead.

Weeks after the horrific accident, Gerber received a letter from Martin Swartz, the father of the children whose lives Gerber had negligently taken. Here’s what it said:

Trusting in God’s ways, How does this find you? Hope all in good health and in good cheer. Around here we’re all on the go and trying to make the best we can. I always wonder if we take enough time with our children. Wishing you the best with your little one and the unknown future. I think of you often. Keep looking up. God is always there.

Gerber had been forgiven.

This unbelievable resiliency and willingness to let go of resentment in the face of unspeakable tragedy is nothing new to the Amish. In 2006, 32-year-old Charles Roberts entered the one-room West Nickel Mines School in Lancaster County, Pennsylvania with an array of weaponry and ammunition, resolved to do evil. He allowed 15 male students, three parents with infants, and a pregnant woman to leave the schoolhouse, then lined up the remaining students — all girls, aged 7 to 13 — and shot them execution style. Five died. Roberts committed suicide.

Amazingly, just hours after the incident, the Amish community extended their thoughts, prayers, and forgiveness to the deceased Roberts and his family. Many Amish visited Roberts’ parents and widow personally and dozens attended his funeral.

“We must not think evil of this man,” the grandfather of one of the murdered girls urged. 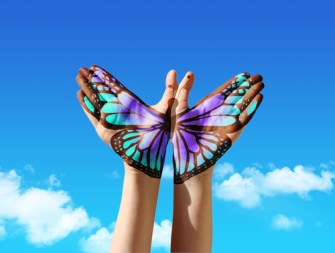 For most Americans, the Amish way of forgiveness is difficult to comprehend. It’s sourced deeply within their way of life, which is grounded in compassionate, unyielding faith.

“…Rather than using religion to bless and legitimize revenge, the Amish believe that God smiles on acts of grace that open doors for reconciliation,” Donald B. Kraybill, a distinguished professor at Elizabethtown College explained in 2007.

But forgiveness is not only grounded in faith, but also in science. In 1996, University of Wisconsin educational psychologist Robert Enright developed a process model of forgiveness. It can be broken down into four phases: uncovering anger, deciding to forgive, working on forgiveness, and discovery and release from emotional pain.

Enright tried out his forgiveness training on 12 female incest survivors. Six of the women served as an experimental group, and immediately received Enright’s intervention, which was delivered in a set number of sessions spread over 14 months. The remaining women — serving as controls — were wait-listed and received the intervention only when their counterparts finished.

The results were glowing. Members of the experimental group became significantly more hopeful, and their levels of anxiety and depression decreased dramatically. Fifteen years later, the benefits remained.

More studies have been conducted since, by Enright and others. A 2004 meta-analysis of forgiveness training found the therapy to be promising, but not completely validated due mostly to a dearth of published research.

The University of Arizona’s A.J. Clark put forth the following neurological explanation for the power of forgiveness in 2005:

“The cornerstone hypothesis is that, before forgiveness takes place, memories periodically arouse fear stemming from the amygdala. This fear drives a pattern of anger and fight-or-flight readiness. Under appropriate circumstances the frontal cortex interrupts the pattern and quells the fear response in the amygdala. The resultant relaxation of muscular tension signals the cortex that forgiveness has occurred. In addition, the memory pathway from the rhinal cortex and hippocampus to the amygdala is inhibited. Finally, a tangible act confirms that the memories no longer stimulate the amygdala and the pattern of anger and stress do not recur.”

The benefits of forgiveness are also evidenced physiologically. In 2010, University of Massachusetts researchers gauged 79 subjects’ tendency to forgive and later exposed them to verbal harassment. The subjects who were more forgiving “displayed more rapid diastolic and mean arterial blood pressure recovery than persons low in forgiveness.” Another study returned a similar result. Subjects who scored higher in self-reported levels of forgiveness had significantly lower diastolic blood pressure than their counterpoints who weren’t as forgiving.

A popular view in American society is that forgiveness is weakness. But the conducted science clearly contradicts that pervasive view. Forgiveness makes you stronger.

“[Forgiveness] does not make you weak,” Enright affirmed to OnWisconsin. “The love you cultivate and develop in your heart is stronger than any injustices anyone can ever throw against you. And once you live that, you realize how very, very strong you can be, because that’s a buffer against all of the poison that unfortunately visits us just by being alive.”

Creating a Dynamic Strategic Plan that Engages the Enterprise