Imagine you’re at a black-tie gala. It’s super fancy. Waiters slip through the chattering throngcarrying collages of crackers, caviar, and cheese. Others bear trays arranged with glasses of expensive champagne. Everybody important is there: friends, colleagues, influential media persons, celebrities, even politicians. And the best part of the whole shindig? You’re fitting right in.

For the last fifteen minutes you’ve been regaling a group of a dozen or so people with your opinions on a controversial piece of legislation, sounding more intelligent than you ever have in your life. They devour your oration, nodding and agreeing with everything you say, like you’re a respected, preeminent thinker. The personal gratification is out of this world.

Then, out of nowhere, a gangly chap appears at your side. “What are you talking about?” he inquires.

The question catches you off guard. Who the heck is this guy? Though you feel a bit slighted by his interruption, you gather yourself and muster a smile, then catch him up to speed with everyone else. He’ll certainly agree with you anyway…

The chap listens politely while you speak. When finished, you expect him to proffer a reinforcing nod. He doesn’t. “Well, actually…” he starts to say.

Instead of endorsing your opinions, he proceeds to dismantle them, offering a well-measured response replete with solid evidence. His rebuttal obliterates your case, and deep down, you know that he’s right…

…But acquiescence isn’t on your mind. He’s spoiled your glorious moment and questioned your beliefs, all with an aura of innocence. You detest him for it.

That gangly chap is Science, and the situation is a metaphor for one of the biggest reasons why it’s a total pain in the butt.

SINCE ITS INCEPTION, Science has been a thorn in the side: incessantly inconvenient, calculatingly cold, and questioning of one’s deeply held beliefs. It disregards personal feelings and eschews political correctness.

But that’s not the worst of it.

Science is the reason why Earth is no longer at the center of the Universe. We humans used to be so significant. Everything revolved around us until Science and it’s meddling, pesky purveyors got in the way. Copernicus, Kepler, and Galileo couldn’t leave well enough alone. They simply had to burst our geocentric bubble of superiority. But we showed those scientists. We cast them out, banned their ideas, and placed them under trial. But alas, in the end, we couldn’t stop them. The ideas far outlived their mortal originators. Now, the Earth is just a rock in a solar system, one of billions. 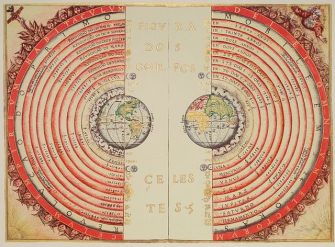 Science is also the reason why our planet is warming. Because of scientists and their “data,” we might have to change everything: where we live, how we move, how we power our cities and towns. How inconvenient!

What’s more, Science is frustratingly uncertain! On tons of issues, including nutrition, string theory, and psychiatric disorders, it can’t seem to make up its mind! Who has time for such indecision? Additionally, Science is mind-bogglingly complicated. All of those darn science journals seem to be written in a foreign language. What a headache!

You know what else? Science is awkward. It makes us talk about sex! Moreover, Science is simply disgusting. Scientists do things like dissect animals. They also tell us that bacteria are everywhere, even inside us!!

YET FOR ALL OF Science’s painful vexations, you want it at your party.

Science cures our diseases. For thousands of years, small pox, the “red plague,” devastated humanity. Even great Egyptian pharaohs weren’t immune to its deadly embrace. The disease killed more than 300 million people in the 20th Century, alone. Today it’s gone, thanks in large part to the inquisitive scientist Edward Jenner, who took it upon himself to inoculate people with the pus from cowpox blisters.

Science feeds us. Research fueled the Green Revolution of the mid twentieth century, where novel pesticides, synthetic nitrogen fertilizer, and improved crop varieties drastically increased crop yields worldwide, and may have saved up to a billion lives.

Science takes us to far away places. Desire for discovery has launched us to moons, planets, and — soon — interstellar space. Of course, there are almost an infinite number of places we haven’t visited, but if we can’t actually go there, we’ll gaze as far as we can, with mighty telescopes as our eyes. Looking never hurts, quite the opposite in fact. It transports us. 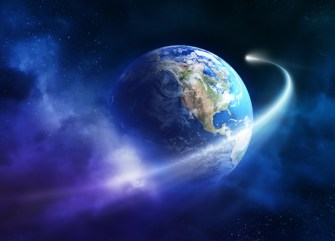 Science enriches our lives. The origins of that television you watch can be traced far into the past. It was Christmas Eve 1883 when 23-year-old Paul Nipkow scribbled out an idea to use a spiral-perforated disk to divide a picture into a mosaic of points and lines. He had no idea the extent to which his scrawled diagram would evolve.

Science is predicated on the notion that we don’t know everything. I think that’s why, to many, Science elicits opprobrium. To human beings, nothing is more comforting than certitude, and the findings of science are uncontrollable. Sometimes our efforts to look farther and explore deeper reveal only chaos. Not looking might be the easy course of action, but it’s surely not the correct one.

When one thinks long and hard, one realizes that science’s annoying detractors aren’t really detractors at all. We all want certainty, but certainty without evidence isn’t certainty at all.

“The great thing about science is there are no unshakable truths,” says physicist Lawrence Krauss.

According to Krauss, every college student should have “the opportunity to have something that is at the heart of their being — something so central to their being that if they lose it they won’t feel they’re human any more — to be proved wrong…”

Everyone should have such a chance. It’s not debilitating; it’s liberating.

“My dad asked me if I had been to tutoring and I lied… Then he showed me the tablet.”
Up Next

The Internet from the Planet of the Apes

If you thought the Internet of Things was a big idea, what about an Internet that connects humans with apes, elephants and dolphins? In what has to be one of the most […]