Space is no stranger to attention. Pursuing the heavens in any form is sure to turn heads, and with the increased momentum of private ventures, NewSpace is no exception. While pictures of galaxies and nebulae may be inspiring, NSG 100s and NSG OTBs need to do more than inspire: they need to profit. In order to capitalize on the popularity of space, NSG tracked companies ought to leverage this attention to attract customers. In this month’s Media issue, our SmallCap Review will look at how companies with less than $100Mln in operating capital seek to use media to increase revenue.

Not without some irony, when media turns to NewSpace, it typically focuses on the colder of the 8 Verticals (e.g. Space Resources and In-space Services). Audacious companies like Planetary Resources, Shackleton Energy Corporation, and Deep Space Industries snag multiple headlines simply because their ideas are so exotic. (Please see “Beyond GEO” in the July / August 2013 issue of Thruster.) While these companies may enjoy the short-lived benefits of press attention, it often comes at unforeseen costs. For instance, the non-profit organization Mars One may have lost some trust after claiming over 78,000 people had signed up for their program in May, when in reality that figure didn’t reflect the actual number who paid to submit their video applications for potential one-way tickets to the Red Planet. (Please see “Exit Strategy / Escape Velocity” in the July / August 2013 issue of Thruster.) Likewise DSI found itself in hot water when Forbes called out its incorrect valuation of near earth object 2012 DA14 back in February.

Negative press is not what the NewSpace industry wants or needs, but the antidote to bad press is profitability and positive ROIs to investors. (Please see “SmallCap Review” in the May 2013 issue of Thruster.) Still towards the colder end of the 8 Verticals, Moon Express has made headlines again after announcing its plan to build the first permanent lunar observatory. It was only two years ago when now former Bloomberg news anchor Lisa Murphy spent the first half of an interview with ME founder Naveen Jain trying to stifle her chuckling at the idea of a private lunar company. (Please see “Exit Strategy / Escape Velocity” in the July / August 2013 issue of Thruster.) Today, after acquiring several other Google Lunar X PRIZE contenders and capturing further 3rd Screen capitalization, ME’s business plan may seem a bit less preposterous. 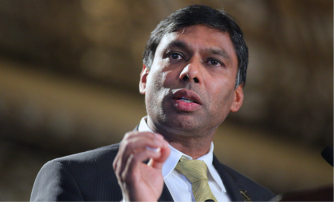 Naveen Jain and ME’s business plan should be taken seriously.

Companies like Skycorp Incorporated are also helping colder vertical companies receive warmer media reception. This year SKY signed a letter of intent for the use of its Spacecraft Life Extension System with an undisclosed customer. SKY’s recent headway towards making profits earned it a serious article (i.e. one where its idea wasn’t painted as ludicrous or far fetched) in The Economist. Market competition by Vivisat and DARPA serve to further abate media cynicism. (Please see “Above the Cloud” in the December 2012 issue of Thruster.) Likewise Golden Spike received a boost when Zero Point Frontiers Corp. validated its mission architecture. The company’s forward progress has supported its position as a high tier NSG OTB.

Companies on the warmer half of the 8 Verticals tend to be taken more seriously thanks to more near-term viable products. Many of these companies have proven their effectiveness by growing into NSG LargeCaps like SpaceX, O3b Networks and Asia Broadcast Satellite. One emerging SmallCap that has succeeded in branding itself through the media is Made in Space. (Please see “Future Stars” in the July / August 2013 issue of Thruster.) MIS executives have interviewed with Technically Speaking, Popular Mechanics, and presented at TEDx to gain attention for its 4th Vertical manufacturing objectives. “A key difference is that the two of them [CEO Aaron Kemmer and CTO Jason Dunn] are able to present themselves very well as business-persons,” said Jeff Krukin, managing partner at Exodus Consulting Group. Talking about what others can do to emulate MIS’ media success, he said “make it clear that just because you’re a space entrepreneur doesn’t mean you don’t understand business.”

The warmer you get on the 8 Verticals, the more companies emerge. Commercial work on the International Space Station (ISS) has made headlines as companies seek to use the orbiting lab for various profitable enterprises. (Please see “Future Stars” in the May 2013 issue of Thruster.) NSG PTCZero Gravity Solutions Inc., having recently completed the filings for trading its stock publicly, has people hopeful that patentable medical treatments will be made in microgravity and sold on Earth. Space Micro Inc. has also built radiation hardened products for the ISS, and its success has allowed the company to continue to expand both its facilities and personnel count. Top tier NSG 100NanoRacks has won the Astronautical Society’s first ISS Innovation of the Year Award for opening up microgravity research to more customers than ever before. (Please see “SmallCap Review” in the February 2013 issue of Thruster.) Each of these successes proves to the media that NewSpace companies big and small can actualize their visions in space.

Human spaceflight companies nearly always make headlines, and though relatively few have been privately launched to date, the breadth of their progress has caught more of the general public’s notice than any other vertical. As SmallCaps like XCOR, Swiss Space Systems, and zero2infinity continue to progress, confidence that other private space aspirations can be accomplished grows. (Please see “SmallCap Review” in the June 2013 issue of Thruster.) 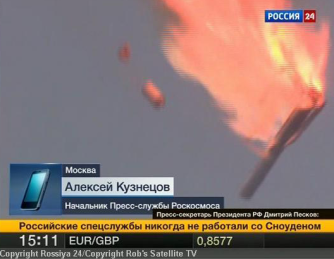 The warmer verticals get more press, though not all positive.

Their success, and that of unmanned launches, is vital to the industry both in function and media attention. Krukin described it as “one of the most important aspects of the whole NewSpace industry.” But because mistakes do happen, the entire industry needs to be prepared for if, and likely when, a failure occurs that claims lives. (Please see “Leaders of NewSpace” in the April 2013 issue of Thruster.) These are vehicles, and vehicles still malfunction despite even the best intentions. This makes it even more important for companies to prove their reliability early so that they can rebound from disaster. “When the first Lynx or SS2 has an accident, people will jump all over it. Let’s say it’s three to four years from now, it’s been demonstrated that they can do this safely, the blowback will not be as severe. If during the first year one of them loses a vehicle, then it will be much worse,” said Krukin.

NewSpace has a finicky relationship with media sources, not that that is unique to this industry. The difference is companies here need to prove themselves more viscerally before they can get the attention they want. Concepts get attention, but progress comes when they turn into products and those products yield profits. Companies will flounder and die in NewSpace, make no mistake about that, but because profits can be made in space, companies above the Karman line can no longer be dismissed right off the bat. NSG SmallCaps need to stand fast and prove their resolve through effective sales and investments. After this, they stand a greater chance of the media taking them seriously, and then they can leverage it in their favor.

Caleb Henry is a frequent contributor

This Baby Bootie Provides A Constant Stream Of Data

Developed by a team of Brigham Young students, the Owlet sends vitals — including heart rate, temperature, and most notably, an alert in case the baby rolls over on their stomach — to a smartphone app.