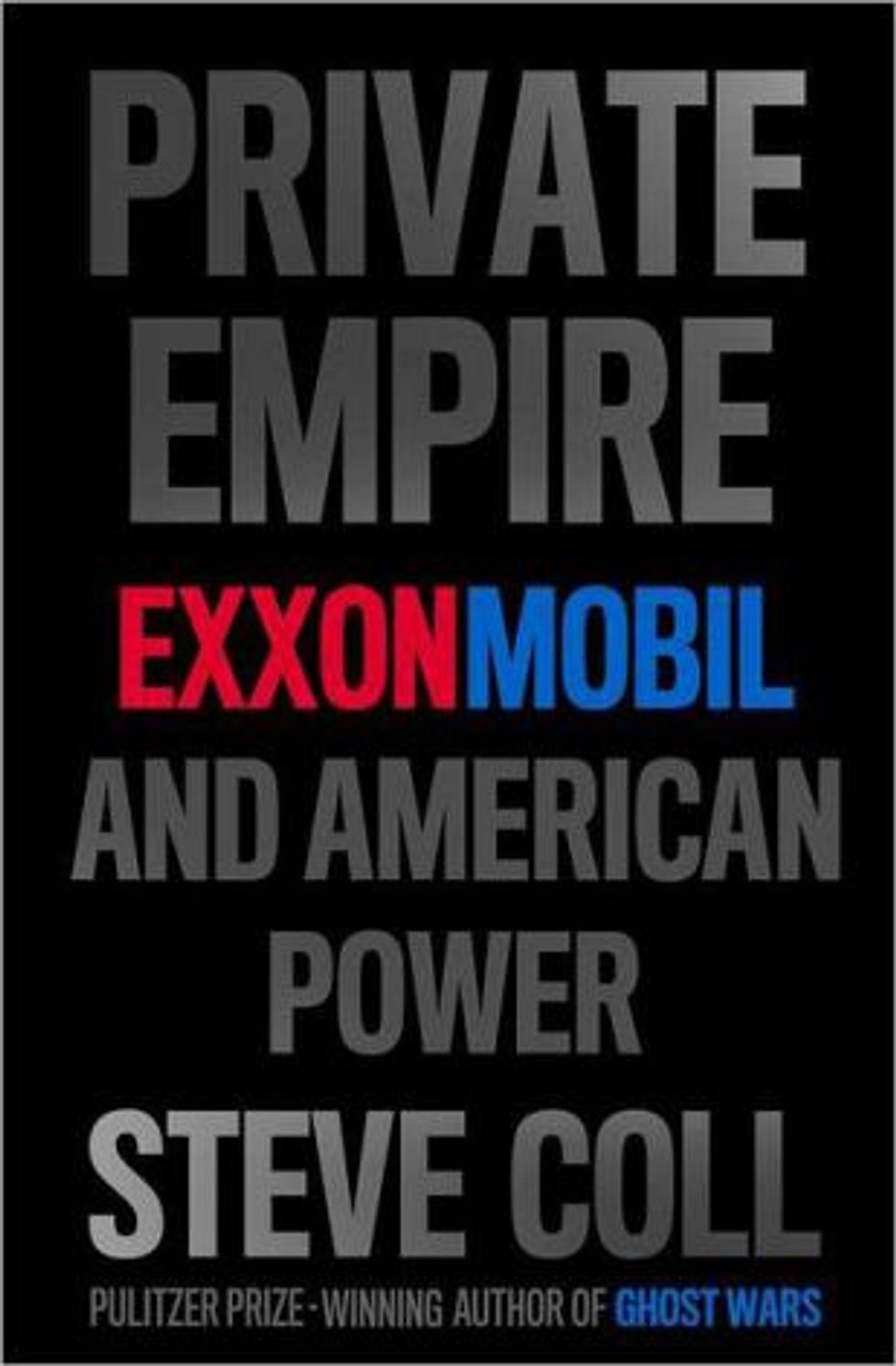 To say that we tend to demonize oil companies is an understatement.  And for good reason, given the role in the past of companies like Exxon Mobil in sowing doubt around the science of climate change.  But I also believe that the demonization strategy may often distract us from considering policy approaches that might actually win support from oil companies.  That's one of the revealing conclusions featured in Steve Coll's new book "Private Empire: Exxon Mobil and American Power."

I haven't dug yet into the book, but I read the much talked about excerpt at The New Yorker and just finished listening to Steve Coll's interview with Terry Gross on public radio's Fresh Air.  Gross spends a good deal of time asking Coll to describe the company's history of distorting climate science, but then there is an important insight that Coll offers, featured in his book, and based on his reporting.  He mentions the possibility of Exxon Mobil supporting a carbon tax approach to combating climate change.  Here's the excerpt from the interview, as Coll discusses with Gross the company's evolution in thinking and approach on climate change with the take over of CEO Rex Tillerson:

And so while changing their policies and their funding and some of their articulation about climate, ExxonMobil was careful not to admit that it had ever done anything wrong to create a pathway for liability for itself. So essentially the first iteration of their change was to say we were never wrong, but we were misunderstood. And to make sure that we're not misunderstood in the future, we're going to change some of our funding practices.

And they also began to say, without admitting that climate change was caused by industrial activity, they conceded that there was enough uncertainty and risk to justify public policy debate or, you know, the consideration of new policies, that it was a risk.

And then in 2009, they went further, and this I think is more significant. Under Rex Tillerson they announced support for carbon taxation - that is, the imposition - for the first time in Exxon Mobil's history they agreed that the risks of climate change were significant enough to warrant a price, an extra price, on carbon-based fuels to incent migration away from those fuels.

They supported a carbon tax of $20 a ton, a perfectly respectable opening bid for an oil corporation, and now they've put themselves on record as supporting carbon pricing. They opposed the particular approach of the Obama administration and the European Union, the so-called cap-and-trade approach, and so because they were not supporters of that bill, some people regarded their announcement of support for carbon taxing as kind of cynical because it was politically implausible, gave them a way to say they had changed their stripes without actually endangering themselves with a bill passing.

I don't actually think they were that cynical. I think that they came to the view that carbon taxation was a better way to get a price on carbon-based fuels. And now they're on the record. So whenever the United States recovers economically and returns, as it will inevitably, to the challenge of carbon-based fuels and global warming, then Exxon Mobil, I think, will be in a very different position next time around.