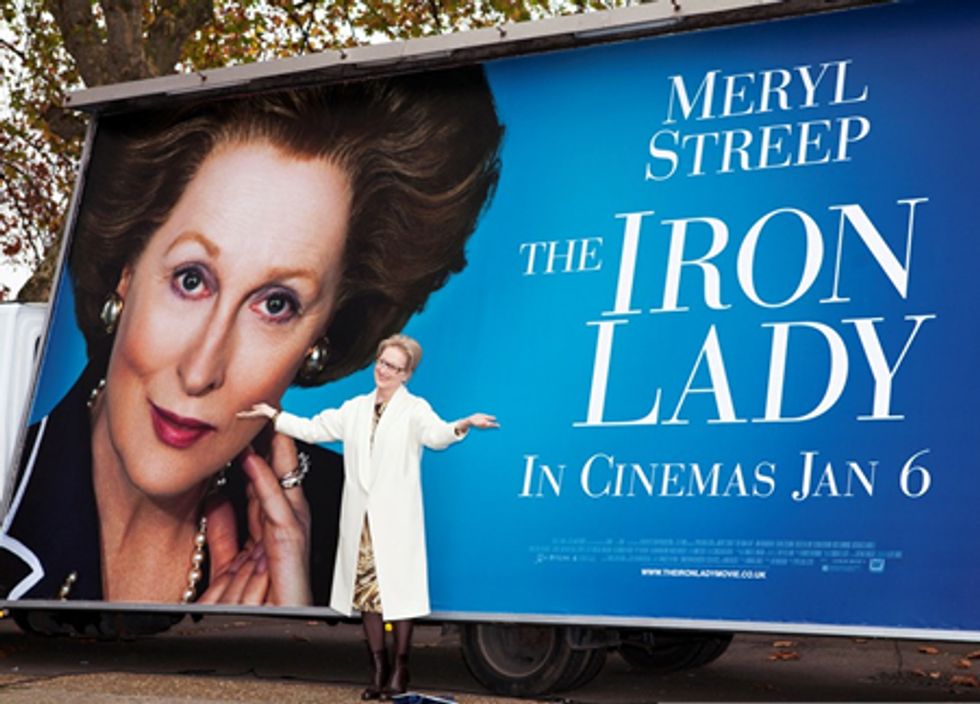 There is a scene in The Iron Lady when former British Prime Minister Margaret Thatcher is asked by her doctor – soon after her husband, Denis, has died – how she is feeling.

Thatcher, played by Meryl Streep, who won the Best Actress Oscar for her portrayal, responds: “People don’t think any more. They feel . . . D’you know, one of the great problems of our age is that we are governed by people who care more about feelings than thoughts and ideas.”

The scene, written by playwright Abi Morgan, displays Thatcher’s inflexible conservatism and her perceived emotional hardness, but it can also be interpreted in light of her scientific education – and the potential impact this analytic training had on her political life.

This theme was explored by historian of science and technology Jon Agar in a 2011 academic paper published in the Notes & Records of The Royal Society, titled “Thatcher, Scientist,” that traces the connection between Thatcher the scientist and Thatcher the politician. (An interview with Agar about the paper can be viewed here.)

As the film describes, Thatcher studied for four years at Oxford, starting in 1942. (But her chosen subject, chemistry, is not mentioned in the movie.) Agar noted that at Oxford she was influenced by two women scientists, Janet Vaughan and Dorothy Hodgkin, did her dissertation on X-ray crystallography of the chemical substance gramicidin, and went to work for four years after graduation as an industrial chemist.

The influence of this mindset on Thatcher’s view of science can be seen in one critical decision she took on UK science policy in 1971 when she was Secretary of State for Education, the ministerial brief that held responsibility for science.

At the time, controversial reforms called for science funded by the UK government to be shaped by market forces. In this model, research communities were seen as contractors that provided a service – applied scientific research – to their patron and customer, the government.

Against this, the Royal Society, representing the scientific establishment, argued that scientists should be consulted in decisions about science and should also be autonomous from political direction. Thatcher had initially opposed the reforms, but dramatically changed her mind and embraced the idea that the market should shape crucial areas of government-funded science.

Her industrial work meant that she was representative of a situation in the twentieth century when most science was done in firms that responded to the demands of the market. As Agar noted: “Margaret Thatcher, an industrial food chemist, is a more ‘typical’ twentieth-century scientific figure than Albert Einstein.”

And her lab bench experience gave her a perspective on science that was unique among other British ministers – she knew that science was not a unique, mysterious sphere of work. As Agar wrote: “Thatcher’s view of science was an insider, who knew, as ethnographers of the laboratory have confirmed, that nothing extraordinary was going on.”

Because she knew precisely what day-to-day scientific research was like, she was not convinced that science was a special case, incomprehensible to outsiders. As a result, she was not persuaded by arguments that science policy should be left to scientists.

The incident, the paper suggests, was a key moment in the development of her political philosophy of Thatcherism, with economic liberalism a cornerstone. “If markets could work for science policy,” wrote Agar, “they could work anywhere.” But as contemporary debates continue over the politicization of science, the incident was also, for Agar, a crossroads in the path toward the global marketization of government science.

For The Royal Society at the time, science’s success depended on its separation from politics. But for Thatcher there was no separation.

--Declan Fahy is Assistant Professor at the School of Communication, American University, Washington, DC. Read other posts by Fahy and find out more about the MA program in Journalism and Public Affairs and the doctoral program in Communication at American.