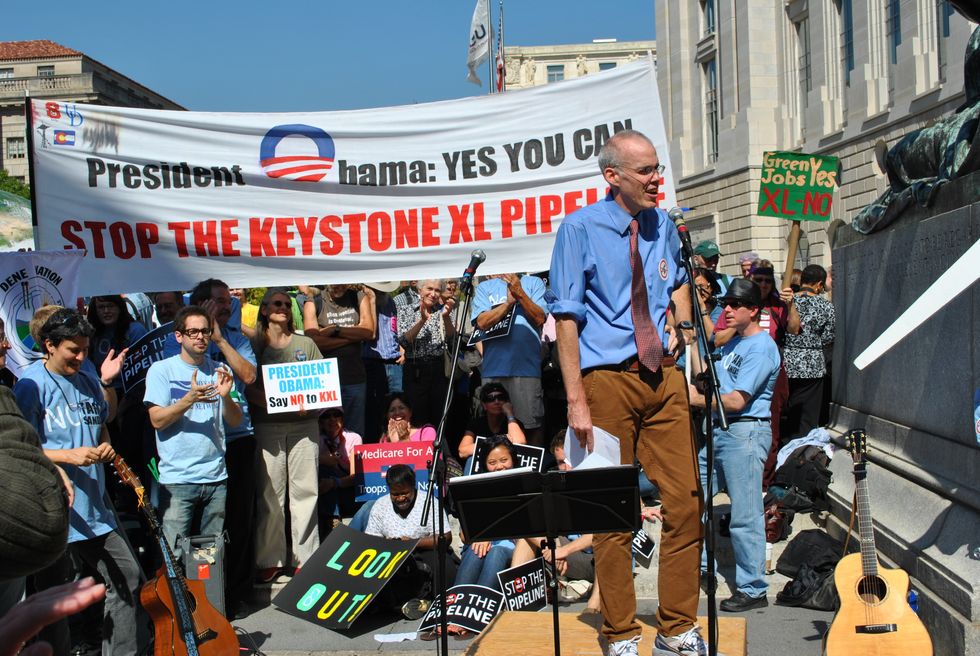 In a paper released today by Harvard University, I analyze the career of writer-turned-activist Bill McKibben and his impact over the past 20 years on the  climate change debate.  Below is a description of the paper from the corresponding web page at the Kennedy School of Government's Shorenstein Center on Press, Politics and Public Policy.  More background on the paper and related book project is available by way of a story and video interview at the American University web site.

At his New York Times Dot Earth blog, Andrew Revkin posted about the paper this morning.  At Age of Engagement, the Climate Shift Project and other venues I will be highlighting and reflecting on discussion and reactions to the paper.

In a new paper released today by the Shorenstein Center at Harvard University, Fall 2012 fellow Matthew C. Nisbet examines writer-turned-activist Bill McKibben’s career and impact on the debate over climate change, drawing comparisons to other journalists and public intellectuals writing on the topic.

McKibben is the author or editor of more than ten books and has been an influential voice on the environment for over two decades. He is most recently the founder of the advocacy group 350.org which has led campaigns against the Keystone XL oil pipeline and on behalf of campus divestment from fossil fuel companies.

McKibben is an example of what Nisbet calls a “knowledge journalist,” a special class of public intellectual who writes journalistically, but who unlike most of their journalistic peers specializes in the translation of complex subjects, often championing specific policy positions or causes. These writers tend to view the world deductively, immersing themselves in the synthesis of complex areas of research, offering analysis across cases and events.

Yet, as Nisbet describes, “they are also sometimes criticized for their characterization of uncertainty, for imposing their point-of-view, for lacking specialized credentials, for reducing explanations to a single idea, theory, or field; and often, for blurring the lines between journalism and activism.”

Nisbet opens the paper by introducing a broad framework for understanding the influence and career trajectory of journalists as public intellectuals; focusing on their training, style, celebrity, branding, and ability to frame complex problems.

He then details the career trajectory of McKibben, examining his main arguments across books; the intellectual traditions within which he writes; how his work has been received and evaluated by reviewers and scholars; and his turn in recent years to activism.

Nisbet concludes that McKibben deserves immense credit for being among the first to call attention to the problem of climate change; for his ability to articulate a compelling vision of a different kind of society; and for most recently, changing the way that environmental groups practice politics.

But, according to Nisbet, he can be faulted for offering "arguments for action on climate change that evoke a vision of the future that reflects his own values and priorities, rather than a broad, pragmatic set of choices designed to both effectively manage the problem and to align a diversity of political interests in support of policy action.”

Nisbet notes that multiple discourses about climate change exist, even among those who are the most dedicated to addressing the problem. What are needed then as a complement to voices like McKibben are forums and venues like Andrew Revkin’s New York Times’ Dot Earth blog.

In this style of “networked” knowledge journalism, Revkin combines his experience and authority as a veteran science journalist with the interactive tools of blogging, providing a “crosscutting discussion of science, policy and politics that challenges assumptions among partisans on all sides and widens the menu of options available to policymakers rather than narrowing them to just a few,” notes Nisbet

This is a style very different from other contemporary knowledge journalists writing as book authors or essayists, but perhaps uniquely suited to promoting understanding and societal consensus on climate change.

Matthew C. Nisbet, Ph.D. is Associate Professor of Communication and Co-Director of the Center for Social Media at American University, Washington, D.C. Nisbet’s research examines the role of communication and media in policy-making and public affairs, focusing on debates over science, sustainability and public health. The author of more than 60 peer-reviewed studies, book chapters and reports, Nisbet has been a Health Policy Investigator at the Robert Wood Johnson Foundation, a Google Science Communication Fellow, and a Shorenstein Fellow in Press/Politics and Public Policy at Harvard University’s Kennedy School of Government.

The Joan Shorenstein Center on the Press, Politics and Public Policy is a Harvard University research center dedicated to exploring and illuminating the intersection of press, politics and public policy in theory and practice. The Center strives to bridge the gap between journalists and scholars, and between them and the public. Through teaching and research at the Kennedy School of Government and its program of visiting fellows, conferences and initiatives, the Center is at the forefront of its area of inquiry.