The mourning march for Mandela 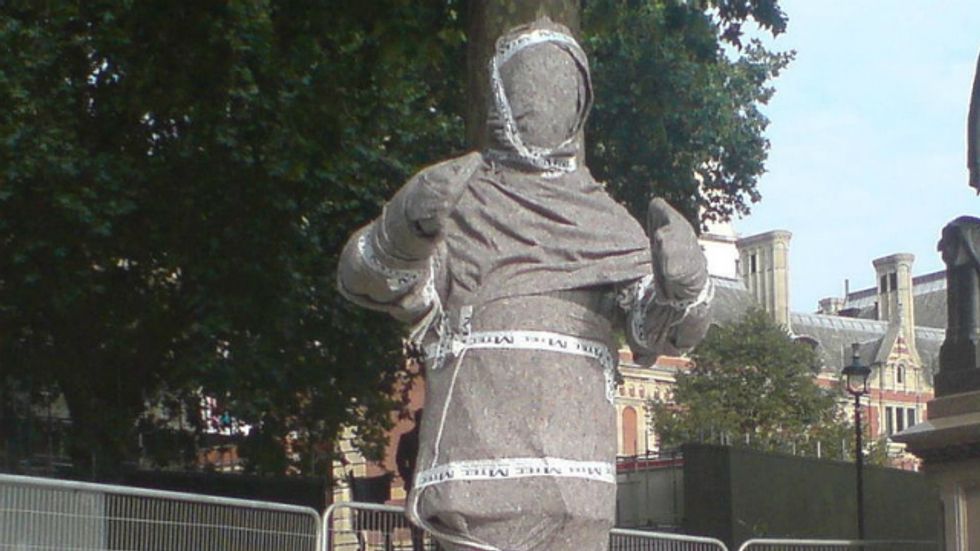 I didn't want to write this, but then I don't want to write most of the things I do: I shouldn't need to tell anyone why thinking gay marriage will lead to dog-on-person action says more about your mind than a loving gay couple; I shouldn't need to tell you why opposing the ethical euthanizing of a person who wants to die sates only your need for moral comfort, not his physiological.

I've been deliberately trying to say little about the inevitable death of Nelson Mandela, once president of my country South Africa, renowned Nobel Peace Prize winning activist, and global icon. But it's difficult when silence is made of trying to the find spaces, by dodging constant slings and arrows of depressing updates from local and foreign media: He's sicker, he's stable, he's slightly worse, he's critical, and so on.

While it is heartwarming to see well-wishers and those extending their love and sympathy for the great icon, there are of course many journalists who are merely, it seems, taking pictures of the same building, the same well-wishers, the same banal nods sympathies of major figures.

Nowhere has the description of journalists as carrion been more accurate than their strutting and flashing and clicking and bustling outside the hospital where, no doubt, the 94-year old will pass away, painlessly and in the presence of loved ones - which is perhaps the best scenario for a good death.

But this is not news. This is watching the slow dying of a very old man who has long since stopped - deliberately - being a public figure; a man many understably love and adore and admire, one who has done a great deal for my country and the world. But that is precisely why he and his loved ones deserve some space.

Such global and renowned figures will pass, yet many people will mourn publicly and loudly; indeed, too loudly. I predict that many will use this powerful, ubiquitous sadness as an instrument of deliberate or (more likely) unconscious censorship and antagonism - strong terms I realise. But it's happened before: to, and within, the UK media after the sudden death of the Princess of Wales.

You will need to be "sensitive", you will need to show your emotions and grief, or else you're regarded as strange, as cold, as heartless. Here, there is a danger of being ostracised because you are not pumping enough heart custard to meet the demands of the many.

To mandate emotions is to miss the point: I am not unaffected by Mandela's dying, but I cannot understand why my reactions need anyone’s attention in this instance, nor why you or the wider world should care about my being affected.

This doesn't undermine that many will be even more deeply affected - that is obvious. I'm asking that we try, in future, not to be. Or at least, we do not demand others react the same, merely because we must all march with the mourning parade due to a person's fame and the concurrent sadness’ ubiquity (we'll note that fame is not the same as the genuine good someone’s done. In Mandela’s case, he thankfully has done much to earn our respect).

Of course, feeding this parade, like a carrion mother, the media can regurgitate plenty of easy, space-filling material to drop down the throats of those glued to monitors. The media need only be somewhere vaguely on site, re-run old videos of the great icon, occasionally show boring outside shots of the hospital, track Mandela's relations and their sometimes bizarre, embarrassing activities.

But this is not helping anyone.

Little space is given for the family to grieve and they must fight hard for it. The family has already indicated they want to be left alone, since it’s hard enough coming to terms and making preparations without being squawked and pecked at by those looking for fresh "news" to ingest, for quicker regurgitation for their hungry viewers.

Is anyone under the illusion that he'll become perfectly healthy again? Why then are we awaiting any news other than hearing of the end? This is not because we don't care: I certainly do. But little is gained from hearing about the ups and downs of his inevitable end. I only hope that he is not suffering - and no evidence suggests he is.

However what is insensitive is to ignore the family’s request, merely to feed the parade that is getting ready to march, with prayers and vigils and so forth, which many of us won't participate in anyway.

We should conclude that this family has enough to worry about, that they deserve the space in which to work out their own emotions and plans. By dismissing them, we are putting our desire above theirs - and we do that, primarily, because much of the media keeps giving us reason to. And, furthermore, this should be rejected when people take such emotional mandates and use them against those who are not showing “enough” outrage, “enough” sadness, “enough” shock.

Even the death of a person as powerful and incredible as Mandela is not a reason to legislate emotional reactions. Furthermore, forcing people to react a certain way only indicates that person really doesn’t feel that way: otherwise she wouldn't need to be told.

To those who care a great deal about Mandela and will be greatly saddened at his passing: Be prepared for people not to care at all or to care less; to not weep as long or as hard. Use it, at some point, as an opportunity to investigate why; to recognise that Mandela, like any person, was a man not an angel. He was not without flaws and his death does not make his mistakes, whatever they may be, any less of mistakes. The sudden smugness that goes with giving an angelic hue to the recently departed is troubling: We are no longer talking about a person, but our views of a perfect entity.

While this might be fine during the short period following a person’s death - even perhaps necessary in being sensitive to those who loved and cared for the recently dead - it cannot continue indefinitely.