The cosmos for millennials

A new book tells the very old story in a fun way for a younger generation. 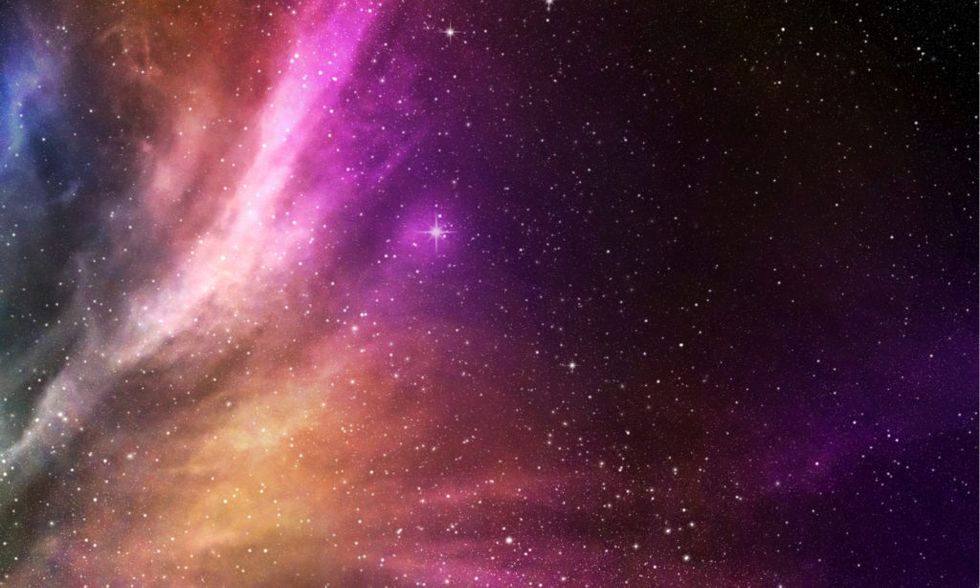 There is no shortage of books trying to explain the universe and its mysteries to the general public.

This is how it should be, given that the topic is fascinating (I am, of course, biased) and that there is a huge appetite for it.

There's broad readership of books by Carl Sagan, Stephen Hawking, Steven Weinberg, and the “younger" crowd (including myself and fellow 13.8 blogger Adam Frank) of Brian Greene, Sean Carroll, Carlo Rovelli, and Janna Levin (sorry friends, if I can't list everyone here). Science is not only interesting and essential to our culture, but from a marketing perspective, it sells.

Everyone, young and old, want to know our cosmic story. Last week at 13.8, I wrote about how hard it is for us to make sense of the biggest of all questions—the origin of everything. We feel a need to know where we came from, digging deep into our roots, well beyond our human ancestors. We want to know the origin of the stuff we're made of and, ultimately, the origin of space and time itself. It is no wonder that creation myths are part of every cultural tradition, past and present. As we now live in the so-called “age of science," the current cosmic narrative is, of course, a scientific one, based on observationally-established laws of physics.

To tell the cosmic story we need to put it into context, and it pays to retell how our predecessors saw the cosmos. This is what I did in my very first book, The Dancing Universe: From Creation Myths to the Big Bang; I use it as a textbook for my Physics for Poets class at Dartmouth. Starting with creation myths, we move through the Greeks and into the Scientific Revolution of the 17th century, diving into the lives and ideas of the great pathbreakers Kepler, Galileo, Newton. The story continues with the development of electromagnetism and thermodynamics, and the amazing revelations from telescopes, photography, and spectroscopy that changed our picture of the skies. From there, we go into the twentieth century and its bizarre new physics, relativity, quantum physics, and the expansion of the universe.

After that, it depends on the writer. I went back to the initial singularity and its mysteries, refraining from exploring ideas that were too speculative, carefully delineating the boundary between science and fiction. This choice was based on advice from the eminent physicist and science writer Freeman Dyson, who told me that “most speculations will be wrong, and you want to stick with what we know is right." Some, however, go deep down this road, and discuss the more exotic theories of our times, such as superstrings, loop quantum gravity, wormholes, and the multiverse.

We now have a new book out that tells our cosmic story according to the “leave out too much speculation" approach, but in a very different style:

“Don't even get me started on braneworld cosmologies or string theories or whatever the kids are calling it these days."

That's from Paul M. Sutter's Your Place in the Universe: Understanding Our Big, Messy Existence. I met Paul when I gave a colloquium at Ohio State University in 2017; we shared a dinner with the now late cosmologist Gary Steigman, a pioneer of nucleosynthesis, the study of how the nuclei of the lightest chemical elements were synthesized in the early universe. (Tragically, this was to be Gary's last social dinner. He passed away a few days later from complications after a fall on campus.)

Paul had that sparkle in his eye of someone with a story to tell. He mentioned he was working on a popular book on cosmology, and I asked him to send me a copy when he was done. I started reading it, and I quickly had a smile on my face. This is a real fun book about cosmology, almost as funny as Rocky Kolb's Blind Watchers of the Skies, but more up to date, of course. And written, it seems, with a specific age group in mind.

It's essentially “Cosmology for Millennials," a much-needed commodity for people born between 1980 and 2000, or thereabouts. There's a lot of fun and conversational tone aimed at a younger audience, such as the following:

After a billion years, the universe hit puberty . . . . Compare yourself at 10 years old and 20 years old. Chances are you're a radically different person. Compare yourself at 20 versus 30. You're probably a little rounder around the middle but otherwise unchanged. That's what puberty does—it transforms you from a kid to a proto-adult. The Epoch of Reionization [when hydrogen and helium were reenergized by the young galaxies and stars] was when the universe finally grew up. Done were the days of wild phase transitions and late-night plasma parties. In were the days of mortgage payments and bad backs.

Sutter does an outstanding job retelling the cosmic story, including the latest findings about dark matter and dark energy, focusing equally on what we know and what we don't know. The reader may be a bit bewildered at times with TMI and the intense pace, but the book is current and covers all the main topics of modern cosmology and extra-galactic astronomy. And it does so correctly and clearly, using images and fun analogies throughout. ( Read an excerpt from Sutter's new book.)

The book ends, as it should, with a meditation on the extreme rarity of life, and how we remain surrounded by mystery, despite all that we have learned. A fitting end, that at once celebrates the accomplishments of science and fills us with the respect that nature deserves.

The post The Cosmos for Millennials appeared first on ORBITER.