Matter can indeed sprout out of nothingness, causing the universe to expand. The post Tangible Pervasiveness appeared first on ORBITER. 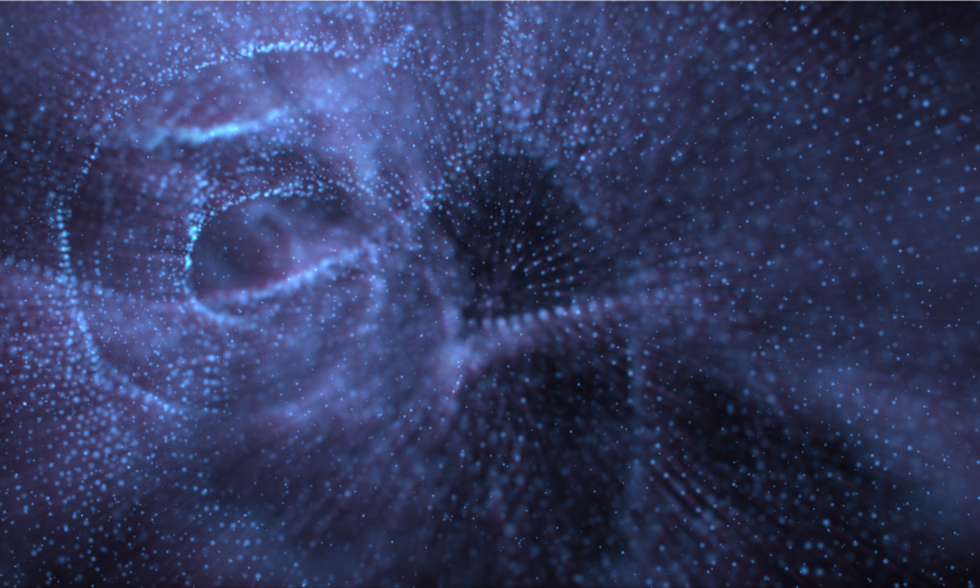 “Nothing” is one of those words that inspire all sorts of musings. Not, of course, in the sense used to answer questions like “What’ve you been up to?” But the nothing nothing—the void, total emptiness. Is there such a thing? Or is Nothing—let’s use a capital “N” to characterize it—just an idea, a concept we invented to help us organize the way we see the world?

In the real sense of the word, this is a metaphysical question—the branch of philosophy concerned with the first principles of things, including being, space, time, cause, etc. But then, it is also a very physical question, concerning the stuff that exists in the universe.

There is a sense where Nothing can only be conceived in a materialistic worldview: “Nothing” would mean the absence of matter, the no-stuff parts of reality. The Greeks were into it—at least the Atomists Leucippus and Democritus, and, later, Epicurus. To them, all that existed was Atoms and the Void, bits of matter moving about in perfectly empty space, i.e., Nothing. So it had to be a materialistic worldview with an added property, that matter was made of tiny bits of stuff, perfectly separated and independent from one another. There were no forces between them, they just collided and stuck to one another upon touching.

Aristotle would have none of it. He conceived reality as never having any emptiness. Space was filled up with “ether,” the fifth essence. So, Aristotle added a strange kind of matter to the mix, a matter that had different properties from the usual kinds of matter we see. This idea, with variations, would come in and out of fashion throughout the centuries, as physicists grappled with the bizarre twists reality threw at them.

Religions complicate the conversation, especially the ones that presuppose omnipresence, that the divine essence is everywhere at once. So even if matter may be discrete and there is void in between, there is no emptiness in a strict sense, as everything is pervaded by some intangible divinity. But I’ll leave this sort of intangible pervasiveness out of our conversation today. Our focus is tangible pervasiveness.

In the 17th century, Newton went back full force to the Atomistic worldview, rejecting the notion that space was filled with some kind of material. In particular, he attacked Descartes’ idea of a plenum, somewhat similar to that of Aristotle, that some material filled all of space. The key difference between Descartes and Aristotle was that for Descartes this stuff acted on normal matter, creating, for example, vortices that were responsible for the planetary orbits about the sun. Newton, using his brand new theory of gravity, showed that any kind of stuff out there capable of moving moons and planets about would cause enough friction to have them all spiral down to the center of their orbits. No game.

Newton was missing something

But Newton knew something was missing in his theory. When he proposed that any two masses attracted one another, the assumption was that they did so instantaneously. The sun tugged on the Earth (and the Earth on the sun) with a mysterious force that acted at a distance. What caused it, Newton wouldn’t try to answer: “I feign no hypotheses,” he wrote. A clever choice. Physics is about the how and not the why of things. It describes what we can see of reality and, so long as the description explains the data, we are good. Why masses attract one another the way they do is not, it was decided, a scientific question.

Light, to Newton, was made of tiny corpuscles, little atoms. Using this idea, he explained many of the properties of light. But then, there were others that he couldn’t explain, or did so convolutedly. The alternative that gained impetus during the nineteenth century was that light was a wave. Light diffracts when passing through a small aperture or across an edge, and refracts when moving from one medium (say, air) to another (water). But if light was a wave, it needed a medium to support it, just like water waves move in water and sound waves in air.

The solution was the “luminiferous ether,” an imponderable plenum whose sole purpose was to allow for light to move from point A to B. A weird medium it had to be, echoing Aristotle a bit: weightless, transparent (so we could see stars), offering no friction to matter (to avoid Descartes’ issues), and very rigid (to allow for fast wave propagation). In short, a pretty magical plenum.

The alternative, light propagating on empty space, was unthinkable, unacceptable, deeply counter-intuitive. For about fifty years, the ether ruled. But experiments searching for it came back empty-handed. Finally, in 1905, Einstein proposed his special theory of relativity where he demonstrated that the ether wasn’t needed: light, mysteriously, does travel in empty space. So, no ether.

Einstein and the vacuum

But then, Einstein himself confused the issue when he proposed, in 1917, that the whole of space is filled with something called a “cosmological constant.” This he did out of desperation, after he found out that his equations predicted an unstable universe that would collapse upon itself. This extra term is understood as an energy of the “vacuum,” of empty space itself. So, in a sense, the ether was back, in new clothes.

How can empty space have energy? Well, this goes back to Newton and his mysterious action-at-a-distance. In the nineteenth century, physicists came up with the concept of a field, the idea that the space around the source of a force—say, a mass that attracts other masses gravitationally, or an electric charge that attracts or repels other electric charges—is actually filled with a field that has energy and affects other masses and electric bodies. The field is how other masses and charges “know” there is a mass or charge somewhere out there. Within this classical view of the world, all of space has some field in it, even if the sources are very, very far away. It may be weak and negligible, but it isn’t zero.

Things get even more interesting when you add ideas from quantum physics. In this case, even if you could imagine a completely empty space, devoid of any sources of gravitational or electric force, there would still be a leftover energy, the “zero point energy,” the energy of nothingness. How come? Well, according to quantum theory, there is a fundamental uncertainty in nature, an uncertainty that affects the values of physical quantities such as distance, momentum, energy, and time. Every measurement of these quantities fluctuates about the mean, even if a system has zero energy.

Now, combine these fluctuations in energy with Einstein’s idea that energy and mass are interconvertible (with some caveats we don’t need to worry about), the famous E=mc2 formula. Then, these small fluctuations of energy could produce pairs of particles that would bubble out of the vacuum, or empty space: yup, matter sprouting out of quantum nothingness. The best part is that we know this is right: empty space can actually produce attractive forces between electric plates, an effect known as the Casimir Effect.

The big question is whether something like this is responsible for the mysterious accelerated expansion of the whole universe. We know it’s happening, and we have called the culprit “dark energy.” The best candidates right now are Einstein’s cosmological constant, the energy of the vacuum somehow dialed to have just the right value to match observations, or a strange quantum field that pervades all of space, called, not surprisingly, quintessence, echoing Aristotle’s plenum.

In its turbulent existence over the past 25 centuries (or more), it seems that Nothingness is now relegated to a mere metaphysical concept, incompatible with physical reality. Space does appear to be filled with stuff, stuff that determines the fate of the universe itself.