In search of other life

The Mars landing is a reminder that we never know what—or whom—we might discover out there. 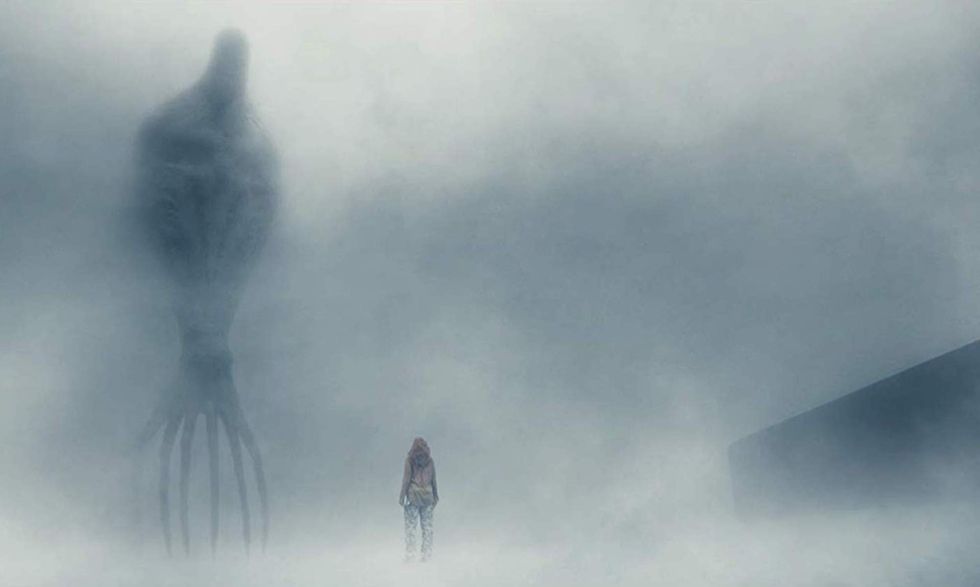 There is much to celebrate with NASA's spectacular landing of its new unmanned probe InSight onto Martian soil.

The landing, the eighth on Mars, made news across the world and was broadcast live on the Nasdaq Stock Market tower in New York City's Times Square. The mission's goal is to explore the planet's interior using a variety of instruments and techniques, learning about its early geological activity and history.

The mission will determine if there are “marsquakes," and whether Mars' core is liquid or solid. The more we learn about our solar system's other rocky planets, the more we know about our own planet's history and, as consequence, our own. Even though this is not a mission to explore life on Mars, you can't disentangle the history of life on a planet from its life history. This provides us with our entry point for today, the uniqueness (or not) of life on Earth.

With that cleared out of the way, we can start. Perhaps the most striking result of modern science is that the same laws of physics and chemistry apply across the vastness of space and time. Think of it: we are now able to look at stars and baby galaxies billions of light years away and billions of years old, and we find that they have the same chemical elements (albeit with different proportions) and that they evolve according to the same dynamic laws as our own sun and galaxy. The physical and chemical laws are the same everywhere and everywhen.

We also know—and this is another striking result from modern astronomy—that most stars come with a court of planets, and that planets tend to have their lot of moons. Each one of these is its own world, with different physical properties and chemical makeup. There are large and small planets, rocky and gaseous, with many moons or with just a few or with none. Planets may spin with a large or small tilt (the Earth's is 23.5 degrees from the vertical; Uranus's is an amazing 97.7 degrees). Planets have thicker or thinner atmospheres with different gases. And so on.

In round numbers, and just in our own Milky Way galaxy, there should be over a trillion worlds, each unique and with its own story to tell.

To these we add hundreds of billions of other galaxies within our cosmic bubble and we come to some trillion trillion worlds in our universe, give or take a factor of one hundred. (A geeky comment: funny that this is so close to Avogadro's number, the number of atoms in one gram of hydrogen or, more generally, the approximate number of protons and neutrons in a gram of matter—a 6 followed by 23 zeros.)

At this point, you may say, well, within this staggering variety, pretty much everything is possible. Well, no! The unity of the laws of physics and chemistry act as a very powerful constraint on what can and cannot exist. Even if in science—as long as the laws of physics are satisfied—we can't really rule out what can't exist, we can use the laws of physics and chemistry to infer what might. Case in point: the flying spaghetti monster is quite plausible—a cousin of the octopus that ventured out of the pond some billions of years ago in planet Mumba and, after some millions of years, grew feathers on its tentacles and took flight. Or, if not feathers, some ballooning mechanism with hot air from its digestive tract. The eerie heptapods from the movie Arrival (pictured at the top of this page) come to mind.

What can we expect?

So, what can we expect to find as we scan the vast collection of worlds and search for living creatures? No one truly knows the answer to this question, although we can make a couple of educated guesses:

First, life will be carbon-based. Why? Because carbon is the easy-going atom, able to concoct all kinds of chemical bonds better than any other. A poor imitation is silicon, but its biochemistry would be severely limited in comparison. And life needs versatility to thrive; that's its main prerogative.

And second, life needs liquid water. Yes, you can find frozen bacteria in the permafrost, but they aren't living. Since life is, in essence, a biochemical reactor, it needs a solvent, a medium where the reactions can unfold. Ammonia is sometimes proposed as a possibility. But it's a gas at room temperature and liquid only below -28˚F at a normal pressure. So, a cold planet with heavy atmosphere could have liquid ammonia, but that's pushing it. Water is this magic substance that is transparent, has no smell, no taste, expands as it freezes (a key property for water-based life in colder climates since there is liquid water below the ice), and is our own main ingredient.

Given these two constraints, the essence of life should be simple: carbon + water + other stuff (at a minimum, nitrogen, oxygen, and hydrogen). The details, though, are not. Since a planet that may contain life will have its own history, life there will have its own history, completely contingent on its host planet. This means that natural selection acts as a history-based pressure for survival, each tale a different one. And life can also transform the planet and its history, as it happened here on Earth early on and, with the Anthropocene, is happening again.

As a consequence, and despite its common carbon-water essence, there won't be identical life forms on different planets—or at least the odds will be extremely low. And the more complex the life form, the lower the odds that it will be replicated elsewhere.

If the flying spaghetti monster exists, it will exist only in one world. Same to us: we exist in only one world. We are the only humans in this universe. And if we consider what we have learned from the history of life on Earth, chances are that intelligent life elsewhere is extremely rare. I present this argument in more detail in my book A Tear at the Edge of Creation. While intelligence is clearly an asset in the struggle for survival among different species (our fellow cavemen clubbed to death all the mastodons, didn't they?), it is not a purpose of evolution. Evolution has no purpose, no final goal, apart from forcing life to be successful at reproducing itself.

Putting all this together, we realize that we are indeed connected to the rest of the cosmos chemically and that we share the same basis for life as any other hypothetical living thing out there.

At the same time, we are unique, as are all other living creatures on this planet. Life is this amazing force that, from a carbon-based code and a common genetic ancestor, can create a staggering diversity of wonders in this and possibly other worlds.

The post In Search of Other Life appeared first on ORBITER.