Fundamentally, science is a path to understanding the world. It’s a way to enter a dialogue with nature. Using the methods of science, certain kinds of questions — meaning questions that are posed in a particular kind of way — can get answered. Science is so successful at this question-answering task, however, that other ideas often get attached to it in a philosophical game of pin-the-tail-on-the-donkey. It’s in this often unconscious association that ideas that are not fundamentally part of the method we call science get tagged as “what science says.”

One of these ride-along ideas is reductionism. Reductionism is a philosophical stance that claims that any explanation about the universe must reduce to the fundamental entities of physics, things like quarks and electrons.

Not long ago, I wrote an article about why reductionism is not what science “says” about the world. I introduced reductionism’s philosophical alternative, known as emergence, and I promised to write more and continue unpacking the tension between these views. Today, as promised, we will dig a bit deeper into this ancient and critical question.

My post sparked some lovely conversations. Some folks agreed with what I was saying; others most certainly did not. That was pretty awesome from my point of view because conversations among people who disagree are the only way each side can learn more about their own points of view (and maybe have their minds changed). Based on that discussion, astronomer Jason Wright penned a cogent post on his perspective on reductionism. Later, Wright’s post led to a really lovely piece by philosophers Thomas Metcalf and Chelsea Harami that laid out the reductionism vs. emergence debate. Those articles are worth reading.

Philosophers then go on to distinguish between weak and strong emergence. Weak emergence sees all causes still being tracked back to the atoms, while strong emergence wants to claim that something truly new emerges at the higher levels. Also, much of this debate happens within a philosophical framework called “physicalism,” which claims that everything that exists is, well, physical.

Conscious experience, and to a lesser degree life, are often identified as Ur-examples of strong emergence. Conscious experience is so weird that you can see why it’s easy to tag it as an emergent phenomenon. But what about emergence — either strong or weak — in plain old physics? 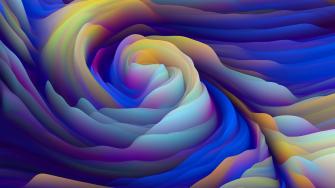 Perhaps unsurprisingly, some philosophers argue “yes,” and others argue “no.” For those with a physics background, I highly recommend the book Why More Is Different: Philosophical Issues in Condensed Matter Physics and Complex Systems for some good articles on the subject.

One of the most interesting things about the emergence-vs-reductionism debate is who takes which side. It is most definitely worth noting that some of the most emphatic voices arguing for stronger versions of emergence come from condensed matter physicists. This is the field that studies solid matter (and liquids too). In fact, the whole debate got started in 1972 with a paper by Noble Prize-winning physicist Philip Anderson called “More is Different,” in which he wrote:

“The reductionist hypothesis does not by any means imply a ‘constructionist’ one: The ability to reduce everything to simple fundamental laws does not imply the possibility to start from those laws and reconstruct the universe. (…) At each level of complexity entirely new properties appear, and the understanding of the new behaviors requires research which I think is as fundamental in its nature as any other.”

Later Robert Laughlin, also a condensed matter physicist, wrote a book called A Different Universe, in which he argued that attempts to apply the fundamental equations of quantum mechanics to any system with more than 100 particles leaves you with something that can only be solved with God’s computer (i.e., it can’t really be solved). Based on this, he argued that you really can’t derive the higher levels of structure from the lower levels and that there do exist higher order, emergent principles that are required to understand the world.

“No significant advance in the theory of matter in bulk has ever come about through derivation from microscopic principles. (…) I would confidently argue further that it is in principle and forever impossible to carry out such a derivation. (…) The so-called derivations of the results of solid-state physics from microscopic principles alone are almost all bogus, if ‘derivation’ is meant to have anything like its usual sense.”

“I claim then that the important advances in macroscopic physics come essentially in the construction of models at an intermediate or macroscopic level, and that these are logically (and psychologically) independent of microscopic physics.”

What is interesting to me is that it’s the people who actually do the work in studying the higher levels of structure that are often the ones most convinced that reductionism doesn’t really work. Now physicists are not philosophers, which means that they are not trained to see the ontological and epistemological meaning of the theories they create. But I do think it’s telling that those closest to complexity have the deepest intuitions of and commitments to emergence.

Tags
philosophyscience
In this article
philosophyscience
Related
Thinking
Finding your essential self: the ancient philosophy of Zhuangzi explained
Adopting a healthy scepticism towards inherited ideas means “emptying the container of the Self.”
Thinking
Why you should laugh at yourself, according to Seneca and Nietzsche
“It is more human to laugh at life than to lament it.”
13.8
Why the origin of life and the Universe itself might be forever unknowable
There might be a hard limit to our knowledge of the Universe.
Thinking
Bonhoeffer’s “theory of stupidity”: We have more to fear from stupid people than evil ones
Evil is easy to identify and fight against; not so with stupidity.
Thinking
Can’t move on? Here’s what the Buddhist idea of anattā teaches about letting go
Give yourself (and others) a break.
Up Next
Hard Science
New study darkens hope for Earth-like planets
Most planets can’t host plant life.