Never again will an American dentist shoot an African lion famous enough to have its own first name. The Internet did that.

Online shaming is witch-hunt scary — said dentist won’t be pulling any teeth any time soon — and infuriatingly random (what about all those nameless lions, non-cute nearly extinct species, countless thousands of humans tortured, maimed and killed in Syria?)

But right now, if you’re big game, a baited bear, or any other kind of animal regularly mistreated by the alpha species on this planet, you’re thinking: Je suis Cecil. Let the Internet do its magic.

Could the orcas at San Diego’s SeaWorld be the next beneficiaries of meme-fueled outrage? This map certainly has the shock value that mere facts lack. In red: where you park your car to go see the orcas. In green: where the orcas actually live. A bathtub-sized pen, not just compared to the ocean they should call home, but even to the blooming parking lot of their prison. 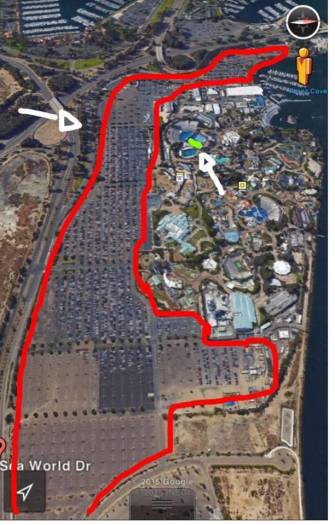 Many thanks to Ribbe De Bie for sending in this picture, found here on Facebook — and shared over 66,000 times. SeaWorld, seek cover.

How does the Universe change in a year?

Image credit: Adolf Schaller, via http://www.spacetelescope.org/images/opo0402h/.Compared to a human lifetime, the Universe is ancient.But even a single year holds important changes.“We are not the same persons this year as last; […]