Stress in the modern world is generally viewed as a hindrance to a healthy life.

Indeed, excess stress is associated with numerous problems, including cardiovascular disease, high blood pressure, insomnia, depression, obesity, and other conditions. While the physiological mechanisms associated with stress can be beneficial, as Kelly McGonigal points out in The Upside of Stress, the modern wellness industry is built on the foundation of stress relief.

The effects of stress on pregnant mothers is another longstanding area of research. For example, what potential negative effects do elevated levels of cortisol, epinephrine, and norepinephrine have on fetal development?

A new study, published in the Journal of Developmental Origins of Health and Disease, investigated a very specific aspect of stress on fetuses: does it affect sex? Their findings reveal that women with elevated stress are twice as likely to give birth to a girl.

For this research, the University of Granada scientists recorded the stress levels of 108 women before, during, and after conception. By testing cortisol concentration in their hair and subjecting the women to a variety of psychological tests, the researchers discovered that stress indeed influences sex. Specifically, stress made women twice as likely to deliver a baby girl.

The team points out that their research is consistent with other research that used saliva to show that stress resulted in a decreased likelihood of delivering a boy. 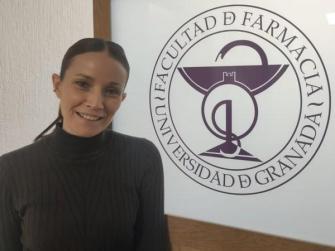 Lead author María Isabel Peralta Ramírez, a researcher at the UGR’s Department of Personality, Evaluation and Psychological Treatment, says that prior research focused on stress levels leading up to and after birth. She was interested in stress’s impact leading up to conception. She says:

“Specifically, our research group has shown in numerous publications how psychological stress in the mother generates a greater number of psychopathological symptoms during pregnancy: postpartum depression, a greater likelihood of assisted delivery, an increase in the time taken for lactation to commence (lactogenesis), or inferior neurodevelopment of the baby six months after birth.”

While no conclusive evidence has been rendered, the research team believes that activation of the mother’s endogenous stress system during conception sets the concentration of sex hormones that will be carried throughout development. As the team writes, “there is evidence that testosterone functions as a mechanism when determining the baby’s sex, since the greater the prenatal stress levels, the higher the levels of female testosterone.” Levels of paternal stress were not factored into this research.

Previous studies show that sperm carrying an X chromosome are better equipped to reach the egg under adverse conditions than sperm carrying the Y chromosome. Y fetuses also mature slowly and are more likely to produce complications than X fetuses. Peralta also noted that there might be more aborted male fetuses during times of early maternal stress, which would favor more girls being born under such circumstances.

In the future, Peralta and her team say an investigation into aborted fetuses should be undertaken. Right now, the research was limited to a small sample size that did not factor in a number of elements. Still, the team concludes, “the research presented here is pioneering to the extent that it links prenatal stress to the sex of newborns.”

Tags
genderhuman bodymedicinemental healthparentingpregnancyPublic Health & Epidemiologywomen
In this article
genderhuman bodymedicinemental healthparentingpregnancyPublic Health & Epidemiologywomen
Related
Health
How saliva changes the flavor of food
“It’s a liquid, but it’s not just a liquid.”
Neuropsych
Memory and the benefits of forgetting
Forgetfulness isn’t always a “glitch” in our memories; it can be a tool to help us make sense of the present and plan for the future.
Neuropsych
Asthma drug brings back “lost” memories
In a study involving mice, scientists used two different techniques — one optogenetic and one pharmacologic — to recover “lost” memories.
Life
Our antidepressant drugs are affecting animals and ecosystems
A toxicologist explains the impacts of antidepressants on fish — and no, they’re not getting any happier.
Health
New blood types are often discovered following medical disasters
New blood types are regularly discovered by an unusual absence or an unusual presence — both of which can result in tragedy.
Up Next
Communication
5 laws for leaders who want to build trust
Trust can be a fragile thing. Like decorative china or a ship in a bottle, it breaks if handled clumsily. But unlike those, you can’t set trust in your curio […]