At Big Think+ this week, Reza Aslan explains the frustrating fact that facts don’t change people’s minds. Luckily, he also reveals what you can do about it. Shane Snow explains how to unlock the hidden genius of collaboration in diverse teams, and Charles Duhigg presents emotionally intelligent methods for fully empowering team members. 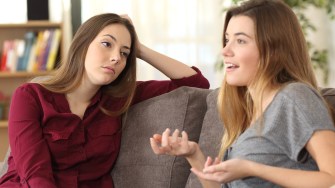 Constructing powerful arguments: Wield your data in an emotional way, with Reza Aslan

Facts alone don’t change people’s minds, says religious scholar and author Reza Aslan. We respond more readily to emotion. It’s the reason that your most persuasive facts may be of frustratingly little use in winning an argument. Your opponent isn’t fact-averse—you’re just not connecting. Azlan explains how to wrap your facts in emotion if you want to change someone’s point of view.

“PEOPLE ARE MUCH MORE IMPACTED BY EMOTION THAN THEY ARE BY DATA.” 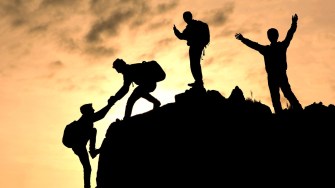 It turns out, says Shane Snow, two heads aren’t actually better than one. Groups are slower than individuals, and only as smart as their smartest member. Still, collaboration is often essential for large, difficult tasks. So if it’s not speed or sheer brainpower that teams deliver, what’s the point? Snow explains that collaborations develop a unique capacity for devising outstanding solutions when they utilize the diversity of members’ individual perspectives and skills. 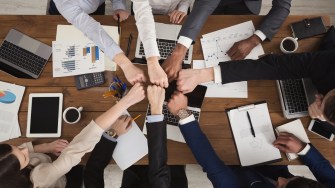 The science of productivity: Create psychological safety, with Charles Duhigg

Charles Duhigg, author of Smarter Faster Better, recalls how the millions of dollars Google spent analyzing the precise makeup of their most successful teams wound up revealing another, more important factor than their composition: Creating a safe emotional space in which each team member—not just the star performers—can do their best work. Duhigg lays out how to build the requisite social sensitivity into a team’s norms, and offers a compelling example of what can happen when it’s done right.

“PSYCHOLOGICAL SAFETY IS THE SINGLE GREATEST DETERMINANT IN WHETHER A TEAM COMES TOGETHER OR WHETHER IT FALLS APART.” 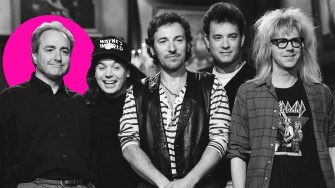 In this week’s Big Think+ Deep Dives, we explore group dynamics. We talk about how great decision-making requires the ability to first to sort out the facts, what to do to break creative logjams in groups that lack a diversity of perspectives, and take a look at how producer Lorne Micheals’ emotional intelligence has been the behind-the-scenes secret to Saturday Night Live’s success.

Learn the art of conversation, with comedian Pete Holmes

We have a new range of skills coming to Big Think+ this week, including communication, critical thinking, and emotional intelligence.

How to make the most of meetings, with Tim Ferriss, Elon Musk, and Carson Tate

Join Big Think’s premium video learning platform, Big Think+, and learn skills that will propel your life and career.
Get Big Think+
for Your Business