The American Gut Project is an open-source, community effort to better understand the diversity of our microbiomes. 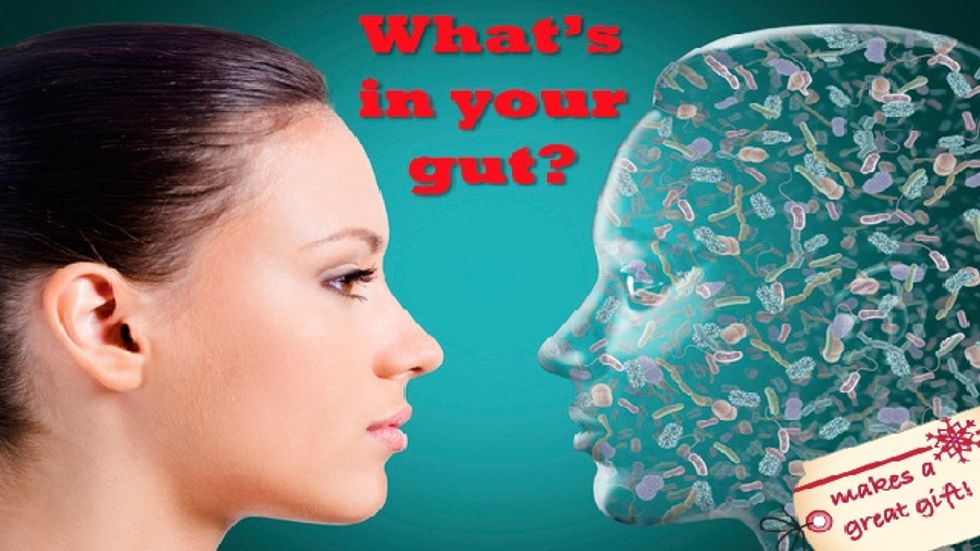 Jeff Leach is an anthropologist with an unusual interest:  the contents of your gut.  After his daughter was diagnosed with Type 1 diabetes, he became very interested in how diet and lifestyle may influence disease states.  And now, in partnership with the University of Colorado at Boulder's Rob Knight and a few dozen other collaborators across the U.S., Leach has founded the American Gut Project, an open-source, community effort to better understand the diversity of our microbiomes.

Q:  So why take a closer look at our guts?

Leach:  With a lot of acute and chronic diseases, we're learning that the problem may be an imbalance with the microbial world.  It could be an imbalance on our skin, in our gut, in the genital area.  But the question remains, "Well, what is normal?  What is a healthy gut microbiology?"  And the truth is, nobody knows.  Because we're all compromised.  We take antibiotics, we drink too much tequila, and we eat crap food. And so our gut bugs are basically incomplete, in total disarray.  Maybe if we compare our guts to those of hunter-gatherers in Africa, who have never taken anti-biotics or seen a Coca-Cola, we can get at that question.

Q:  Why is the microbiome so important?

Leach:  You are more microbes than you are mammal.  Everybody on Earth has two genomes.  You have the one you got form your Mom and Dad which you inherited.  Then you have your second genome which is all the genetic material that is packaged up in your gut and in your skin, all those microbes, and that is the genome you acquire.  It's interesting that there are only 23,000 genes in your genome but over three million genes in your gut microbiome.  So, in other words, those genes encode more instructions than your own genome.  It begs the question, "Who is in charge?"  We know that the microbiome may influence things like auto-immune disease, certain cancers, inflammatory bowel disease, colitis and rheumatoid arthritis.  So it appears that a lot of disease may be related to a shift in your gut composition.  We need to figure out whether the microbiology is causing the disease or the disease is making changes to the microbiology.  But first we need to figure out what is normal.  And that's what led us to the American Gut Project.

Q:  So why a crowd-sourced project?

Leach:  The Human Microbiome Project, which cost over $100 million, only looked at 250 people.  The specific goal of that project was a detailed, deep analysis of those individuals.  But we don't have any good idea of the variability across the United States--couch potatoes, athletes, vegans, seven-year-olds, high BMI, low BMI.  We need a genometric landscape.  So we asked ourselves how we could capture a large sample of the American public and do it quickly, while raising awareness of health and wellness and the role of microbiology?  And there are so many interesting citizen science projects out there and we thought this is a project that everybody can wrap their head around.  We all care about our health and well-being.  So crowd-funding and sourcing gives us a platform to help meet all of our goals for the project.

Q:  So what should participants in this project expect?

Leach:  Let’s say you want to donate. This is not a commercial lab, this is not a fee for services. It is a straight up citizen science project we’re asking you to donate to. You donate $99 for the project between now and January 7, you’re signed up, and you’ll receive a kit at your home. The kit basically amounts to an eight inch long double-headed swab, just like something that you swab your ear with.  It comes in a tube. What you’re going to do is, you’re going to wipe that across the toilet paper and you’re going to stick it back in the tube, and you’re going to mail it to us.  We’re going to process the sample. It’s going to go through DNA sequencing. All the samples go to the University of Colorado at Boulder, to Rob Knight’s lab. All that data will be processed there. It will be given a number. When you receive your kit at home,  you'll also get a questionnaire. You’ll also have a special ID number that nobody knows except you.

You’ll be able to input that number into a website to get your results. Results take anywhere from 30 to 90 days depending on how many people are on the project.  Once your results are available you’ll be able to download, here’s a list of all your bacteria. Here’s the major groups, here’s the genus, here’s the species. And then, based on the metadata that you provide in the questionnaire, there could be anywhere from 3 to 20 graphs. Okay, let’s say you self-identified in the questionnaire as a vegetarian, and then you provide details. We’ll show you how you compare to the group of vegetarians--male and female, and age, and BMI, and macronutrient intake, and rural versus city, and antibiotics, and dogs, and kids. We show you how you fit into your group. We should also then show, are the vegetarians different, and how are they different, and what does it mean? So there will be little take home messages with everything.  So you can see how you compare to your group, what you might think about doing differently, how your gut compares to extremes.  There's a lot of interesting information in there.  And you'll also help us better understand what's normal.

Want to participate in the American Gut Project?  Head on over to the American Gut's IndieGoGo webpage.  Sign up before January 7, 2013, to receive your sample kit and learn more about what's living in your gut.