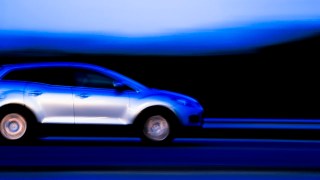 Wimpy Cars and Other Implications of Immortality

Anti-aging expert Aubrey de Grey speculates about how an ageless society would operate differently than the world does today; expect changes in preferred careers and religion, but don’t expect a new outlook on suicide.

Aubrey de Grey: I think there’s going to be a great deal of change in society with regard to priorities and with regard to attitudes to risk when we enter a post aging world and even when we enter a phase before that where a post aging world is widely anticipated. What’s gonna I happen, I think, is that some people are simply going to avoid doing risky things. You know it’s gonna be pretty hard to recruit people into the armed forces for example, and that’s in a lot of people’s eyes rather a good thing. However, it’s also going to be important to have people do risky things, and the way I think we’re going to address that problem is by making those things less risky by throwing more money at the problem sort to speak, more effort at the problem. A fine example actually probably bigger than the ones you just mentioned is infectious diseases. A lot of infectious diseases of course are dangerous to young adults; same as for anybody else, and therefore, they’ll be dangerous for chronologically old but biologically young adults, and you know we just don’t spend enough money on developing vaccines against infectious diseases. And the reason we don’t is really stupid; it’s just that vaccines are very profitable you know, and the only reason that’s enough reason not to work on them is because we don’t really care very much about the risk of death through infectious diseases in the developed world, and the reason we don’t care very much is because a very small minority of people actually die of them compared to number of people who die of aging. When death from aging is taken out of the equation of courses that’s no longer true, and I feel that we will rather rapidly ramp our efforts to ensure that we don’t die of infectious diseases either, and the same applies to risky jobs; same applies to road accidents. I think we’ll be driving much, much safer cars that have lots of features that ensure safety even in the context of severe human error; you know lots of things like that.

Question: Will those in an ageless society have a moral responsibility to keep living?

Aubrey de Grey: Well, I don’t think people have moral responsibility to continue living, but I do think that it’s natural for us to view suicide the way that we view it today. When a young adult feels that life is no longer worth living and they wanted to commit suicide, we think they have a problem; we think that it’s appropriate to help them. We’re very pleased that organizations like The Samaritans exist. Now I think that, that applies to people of any age who are healthy. At the moment, it’s reasonable that people as they’re getting older and sicker and generally more incapable, they can begin to effectively lose the will to live, and it’s reasonably appropriate that we should effectively let them do that because there’s nothing more we can do. It’s sort of part of palliative care in a way, but if we have the technology to keep people as healthy as they were in young adulthood and yet they still lose the will to will to live, then I think it would be appropriate for us to regard as psychological problem just as we do for people who are chronologically young adults today and to help them to see what options and opportunities life still has to offer them.

Question: What would be the impact of human immortality on religion?

Aubrey de Grey: Well, of course, the impact of so-called immortality on religion depends on whether you use the word immortality. And I have a lot of problems with the use of the word immortality to describe what I do because it’s taken by religion. Immortality means inability to die; it means inability to actually be killed by anything, and I don’t work on that. I work on stopping people from getting sick. I do not work on stopping people from being hit by trucks. So the question then comes what is the impact of postponing aging on religion, and there I think it’s very clear that the postponement of aging is not merely compatible with scripture it’s actually mandated by scripture because the fact is aging causes a hell of a lot of suffering. And scripture is very clear that suffering is something that it’s good to try to combat and bad not to try to combat, so you know we have a duty, a religious duty as well as moral duty to actually develop these therapies. People are still gonna die. If God wants you dead, he can hit you with a thunder bolt however healthy you are, so there’s no impact on distorting God’s will or anything. There’s no impact on like doing things that are unnatural. The fact is it’s unnatural for the human race not to try to improve their environment. If it was it’s unnatural to try to defeat aging, then it must be unnatural to invented fire and the wheel and all and vaccines and so on, and nobody seems to think that, that was a sin.

The Economics of Immortality