'Whose job is it to fix the bad stuff in the world?' asks Alice Dreger.

Alice Dreger
Alice Dreger is an historian of medicine and science, a sex researcher, an award-winning writer, and an (im)patient advocate. Dreger’s latest major work is Galileo’s Middle Finger: Heretics, Activists, and the Search for Justice in Science.
25 October, 2018

ALICE DREGER: The mob is very rarely turned. The best you can hope for with a mob is to calm them down a little, but they'll rarely turn. I think sometimes you have to walk and certainly choose your battles; you can't throw yourself against the wall constantly and survive.

The way I think about integrity is to remember that at the end of the day there's only one person I have to sleep with, and that's myself. And am I going to be able to, at the end of the day, feel that I acted with integrity, feel like I treated other people well, that I upheld principles that I really care about? And that on some days can be really, really hard, because it's not the evil people who challenge your integrity, it's the good people. It's the people you like, it's the people who most of the time do the right thing. And what ends up happening is, because we have interests in our lives, because we're interested in, for example, not unreasonably: making more money, wanting a more comfortable life, wanting to take care of our friends and family—those are the kinds of things that lead to corruption within systems, lead to misuse of resources, lead to people mistreating each other. And it's not really very hard to call out when somebody who is known to be awful is doing something awful; it's much harder when it's the good people around them cooperating or being complicit in that situation.

We see that, for example, with the MeToo movement where people are now exposing individuals who have been known to be creeps and awful people, but all the people around them decided not to stand up because it was too costly to them personally or because they have the attitude of 'it's not their job' to stand up.

So I think one of the things you have to ask yourself as you think about whether or not to call out bad behavior is: Can you get other people to do it with you? That will often help lighten the blow of the backlash. And then can you afford to lose what it is you might lose? And, for some of us, we can afford that so in my own life, for example, I've been able in many circumstances to go ahead and call out bad behavior because I have the resources to survive the backlash. But I always try to think of, at the end of the day and at the end of my life, when I look back, will I feel like I did the right thing? And that to me is really important. I was raised in a conservative Roman Catholic family and so the message from my parents all the time, especially from my dad, was always: If you do the right thing you go to heaven; if you do the wrong thing you go to hell.

Well, I never had faith. It never worked for me, so I became an atheist very cognitively by the time I was about probably 14, and certainly by 16 and 18 I knew that I had no belief in heaven and hell. So then there was the question: How do you make sure you do the right thing? And for me, it was really clear, because my mother had said it to me, 'All the dogma in the world you don't really need. At the end of the day what you need is to know, did you treat other people well? Did you take care of injustice?'

And, for me, that was a very clear organizing principle, so for me, I'm not thinking about what happens after I die, I'm thinking about the end of the day and the end of my life, and thinking if I look back, will I feel good about what I did, or will I feel crummy about what I did? And Catholicism irritates me for many reasons, but one of the reasons it irritates me is because it has the confessional booth. And what happens when you've done something that lacks integrity is you go into the confessional booth and you tell somebody—who had nothing to do with the situation—that you did it, and that person forgives you. That's a shitty system. You can bleep it out if you have to. That's a system in which there isn't really accountability, where somebody is able to just let you off the hook. And if you're going to live with integrity you need to not have that ability to go buy the little ticket and get out of jail free, you know, do your seven Hail Marys and be on your way; you need a situation where you have an inner voice that says, "Well you did that badly and you need to make good on it." And then you go and you apologize to the person you hurt, not to the priest, and you go and you promise not to do it again—not to God but to the person you did it to. And then you have, I think, moral accountability—on the earth, which is where we live the moral experience. We don't live it in the afterlife.

Every time I've ever called out bad behavior I've been called bad. Every single time. When I called out the FDA on inappropriate behavior, when I challenged the Office for Human Research Protections, when I named Cornell and Mount Sinai Medical School as participating in problematic human subjects research on pregnant women; when I, at my local newspaper, revealed that city council made deals that they shouldn't have made that were not in the best interest of the taxpayers—over and over and over again I've been called bad. There was one time in my life that there were some kids that were acting incredibly violently at the bus stop and everybody turned to me and said, "Alice has to fix this because Alice fixes everything," because I'm the New Yorker in the Midwest, so I fix everything. I'm the person who is expected to be obnoxious and call stuff out, because I'm a New Yorker, so that's what I do.

So I ended up trying to deal with this, trying to call the school system, which didn't help, trying to deal with the family, which didn't help, and ultimately one day just lost it and dragged one of these kids home and presented them to the parents who were not at the bus stop as they were supposed to be. And the father throttled me in front of the kids, which was rough for me because it's one thing to be throttled, it's another thing to scare a bunch of kids. And I had to do a lot of soul-searching about the question of whether or not I should have bothered. Particularly because everybody in the neighborhood kept coming to my front door wanting to tell me how bad they felt about this, but they wanted to me to take care of them because they were feeling bad about this.

If more of us had the attitude of, well, maybe it is our job to step up and stand up to injustice then the pain of it would be distributed better and we might get things done faster. The reality of standing up in terms of integrity is people often back away and say, "Well you have the personality" or "You have the resources and you have the privilege so you can do this but I can't do it." And the reality of whistleblowing and doing the exposing of injustice is that you're often alone. 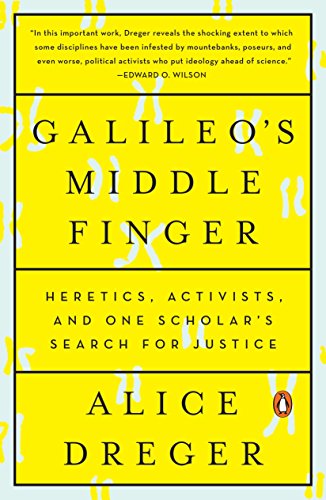