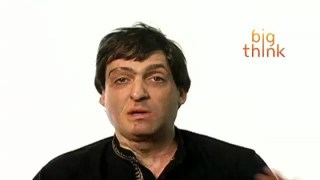 Why We Have More Sympathy for Baby Jessica Than for Darfur

Focusing on the struggles of an individual appeals to our emotions and makes us care. As the numbers of people suffering get bigger, our cognition, calculation, and thoughtfulness are activated—and we care less.

Question: Why do we have more sympathy for individual people rnsuffering than for large masses of people suffering?
rn
Dan Ariely: This is you can think of as the Baby Jessica,rn when Baby Jessica fell to the well and she really suffered and her rnparents must have been incredibly miserable, she got more CNN coverage rnthan Rwanda and Darfur, right?  And the question is, why does this rnhappen and why do people care so much?  And it turns out, there’s rnresearch on what’s called the "identifiable victim effect."  And the rnquestion is, if you have how many lives are at stake and how much do we rncare, you would expect it as more lives are at stake, we would care rnmore, maybe in a linear relationship.  Or maybe we would care more in rnthe beginning and there’ll be kind of a diminishing return, like we rnwouldn’t care if it’s 100 or 1,000, but we care a lot at the bottom rnrange.

But it turns out, the function is different.  We care a rnlot about individual life and care less and less as the pie... as the rnnumber of people become bigger.  And this goes to kind of an observationrn of both Stalin and Mother Theresa said... you know, Stalin said, "One rndeath is a tragedy, a million deaths is a statistic."  And Mother rnTheresa said in the same spirit, "If I look at the masses, I will never rnact; if I look at the one, I will."  And both of them basically rnportrayed this idea that what happened when we kind of think about rnrecruiting ourselves to act against something, it’s not about our mind rnthinking, it’s not about the cold calculated thought about what’s rnworthwhile and what’s the cost/benefit analysis; it’s about our heart.  rnIt’s about our emotions.

And the question is, what can activate rnemotion?  It turns out that an individual case can get us to care versusrn a big set of cases just becomes statistics.  So this beautiful result rnby Deb Small and George Lowenstein and Paul Slovic that basically says, rn“Here is one girl in Africa who is hungry, how much money would you givern her?”  And then to other people they say, "Here’s the problem of hungerrn in Africa, there are 3 million kids in Sudan and there are 5 million rnkids here, and this, how much money would you give?"  And people give rnhalf as much to Africa than they give to the single girl, Rokia.  It rnactually gets worse.  Because, it said, if people give more when it’s rnemotional than when its statistical, what happens when we give both rninformation.  We say, “Hey, here’s one girl, Rokia, see how sad she is rnand how much money could help her.  By the way, there’s 5 million more rnlike her,” what would happen?  It goes down.

It turns out that rnevery time you activate cognition, calculation, thoughtfulness, you turnrn off the emotion—people care less and give much less.  And of course, rnthis explains a little bit, the kind of imbalance between what we give rnto and what we don’t give to.  So think about how difficult it is to getrn money for prevention of diseases; prevention of malaria or prevention rnof diarrhea, or de-worming kids in the world.  You know, lots of kids rnhave worms.  It turns out that those things are incredibly important, rnincredibly useful, you can actually get people to be much, much rnhealthier, but it’s not motivating, right?  De-worming a kid, or, you rnknow, a million kids in India, just doesn’t make you feel warm and rnfuzzy. Or preventing kids in the future from getting malaria is again, rnnot that exciting. But if you can help one person, specific, concrete, rnget something, we all get very excited from it.  So there is a real rnimbalance between what really matters and what we care about and what wern give our time and money to.

rnQuestion: How can charitable groups use this information to their rnadvantage?
rn
Dan Ariely: If you run a not-for-profit, of course, you rnwant to build on this irrationalities because you care about your rnnot-for-profit, and I think the example here is of course the American rnCancer Society.  They have done a really good job.  First of all, the rnword "cancer" is great in a money-recruiting way, right?  It’s an awful rndisease.  The second thing is the word "survivor" is really good.  And rnthe third thing they do is they create an incredible fear from cancer.  Irn mean, the truth is, we all have lots of cancer and we all usually get rnover it, I mean, some, some people of course, don’t, but in our rnlifetime, we all have cancerous cells and in most cases it will be just rnpart of the deal of living, but they create this really negative rnassociation that now everybody who had cancer, even if it was not rnmalignant and will not cause them to die or it was so slow it will take rn50 years to develop... they call everybody a cancer survivor.  And rnbecause of that, everybody who knows them and everybody who cares about rnthem starts caring about cancer.

Now, you know, it’s kind of rninteresting because they have basically have mastered this issue, rnright?  They’ve mastered making it central, focal... created very strongrn fear about cancer.  And caring about it and they basically get a lot ofrn money.  And if you look at them as a not-for-profit, they’re an rnincredibly wealthy not-for-profit.  In fact, the other not-for-profits rnfeel that the Cancer Society is getting so much money, that people just rndon’t give to other causes because they give so much to that cause and rnnow there’s all kinds of movements to basically stop their status as a rnnot-for-profit because they’re so wealthy and they spend so much money rnon salaries and so on.  But in a sense of understanding human rnpsychology, they’re the top, basically.

Recorded on June 1, 2010
Interviewed by David Hirschman
Up Next

Should We Optimize Our Children’s Online Presence?