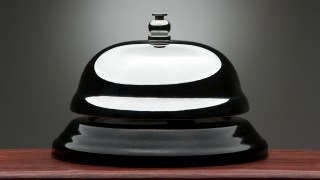 Why the Service Sector Will Drive the New Economy

Whole Foods’ founder and CEO John Mackey says a stakeholder-based business model can revolutionize the U.S. economy, and that the service sector is poised to be a driving force.

Question: Will "conscious capitalism" take hold in certain industries sooner than in others?

John Mackey: My first instinct is to tell you that I do think retail is one of the first areas to shift possibly because they’re dealing with their customers on a day-to-day basis and they’ve got... they’re more labor intensive as well.  They tend to hire and employ more people like Whole Foods Market employs 57,000 people, and we have millions of customers. So, in a sense... and we’re in an extremely competitive marketplace food retailing and we don’t have any patents.  We don’t have any... and the government is not protecting us in some way from competition, so... and we have formidable competitors are much larger than us, so like Wal-Mart, Kroger, Safeway, companies like that, so retail is one of the first areas to shift and many of the conscious businesses that I know tend to be either retailers or service businesses, companies like the Container Store or Costco or Starbucks or the Southwest Airlines.  These are businesses that... Trader Joe's, these are businesses that are retailers or service oriented. So I don’t think maybe the conscious business revolution, conscious capitalism revolution will see that take hold in a more large scale way in the retail and service first.  I can predict also possibly what will be last.  I predict possibly Wall Street will be last or the pure financial part of our economy, which to a greater extent it doesn’t have as much of a stakeholder model.  It does tend to be dominated by the profit maximization model and shareholder return model to a greater degree than other segments of our society, so I suspect retail and services will be first and the financial sector will be last.

Question: How is the new economy changing existing industries?

John Mackey: I do think that the economy is going to continue to evolve towards more service.  Human beings are doing more things to serve one another in terms of services, but the new things are... If you think about the whole technology area so much of that didn’t even exist 10, 15 years ago.  There was no Facebook.  There was no Google.  There was no iPods.  There were no iPhones.  Really, Blackberrys didn’t even exist 15 years ago. So, so many different things changed so rapidly and new industries, whole industries can be created fairly quickly.  I think it’s safe to say that we’re going to see greater innovations in education that here is an area that needs radical innovation that we don’t allow competition.  We don’t allow... we haven’t unleashed human creativity, so education potentially if we could un-monopolize education and truly allow entrepreneurs to get going on that I can’t think of hardly... Health care and education are the two most regulated areas in our society and they’re also the ones that are most... or least satisfactory to people.  Those are areas that we need to de-monopolize and allow more competition to occur, so those are two huge areas.  Education and health care are both service areas so those are growth industries.  I also think all types of leisure.  Travel is a... as a society becomes more fluent its desire to travel increases and to explore.  The younger generation today, people that are in their 20s for example they have traveled so much more than my generation had.  I mean for me a big deal when I was in my 20s going down to Mexico and that was like the foreign country or maybe get up to Canada. But today people haven’t just gone to Europe, but they’ve gone all over the world by the time they’re 30 years old if they’re young and well-educated.  World travel is going to be... continue to be... and particularly as globalization continues to occur we’re going to continue to explore.

I also think huge possibilities in entertainment.  I mean look how much entertainment has evolved and shifted.  In a sense, something like Big Think: it’s education, it’s entertainment and it is a synthesis of those two and it probably has got lots of other things in it as well that I haven’t just picked up yet.  I do see lots more creativity, lots more innovations, lots more entrepreneurship around entertainment and humans educating one another, entertaining one another, serving one another, new ways for humans to enjoy life, new ways for humans to learn and grow.  We're going to continually try to figure out ways to serve ourselves better and it’s amazing how even...  Think about something like pilates.  It didn’t exist on any kind of scale 25 years ago.  Yoga existed, but hardly anybody did it.  Now you see those are activities that are also leading to greater human flourishing through helping humans to be more fit and stronger and more flexible, so it’s fascinating watching the world and watching humans evolve and watching our society evolve.  It’s I love it.  I'm so glad to be part of it and to have contributed a little bit to it myself.