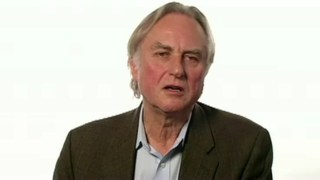 What Keeps Richard Dawkins Up At Night

The challenges of running multiple foundations as well as a looming sense of inefficiency troubles the legendary scientist’s sleep.

Question: What keeps you up at night?

Richard Dawkins: I can't claim it's the state of the world. I think -- know that does keep some people up, keep them awake. With me it's more personal. It's not -- it's things like I've just founded a couple of charitable foundations, the Richard Dawkins Foundation for Reason and Science, both in Britain and America, and sort of the future of those foundations, how to run them, how to manage them. Things like that keep me awake at nights. A book that I've got to finish may keep me awake. I mean, I'm not making sufficiently fast progress in the work that I'm supposed to be doing -- that's the kind of thing that troubles me at night.