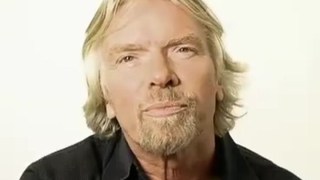 Who can avert wars before they happen?

Richard Branson: The kinds of people I aspire to be like are people like Nelson Mandela.  Nelson Mandela is the best example living in this world.

He set the most brilliant example to the rest of the world. And through his inspiration . . .

Who can maybe try to avert wars before they happen? If there are conflicts, maybe they can use their moral authority – their global moral authority – and the respect that they have from the world community to go in and sort these problems out.

And that’s something I’ve been working and planning on for about seven years, and it’s now coming to fruition.