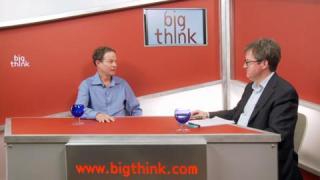 What Businesses Should Do With Criticism

Criticism—be it from protesters or even competitors—can have truth to it. If the criticism is valid, you can learn from it.

Justin Fox: You were telling me that not recently you were speaking at the Kennedy School at Harvard and there were protestors lined up outside.  Did you learn anything from any of them?  What were they protesting?

John Mackey:  I think they were just protesting the fact that I was there speaking because they don’t like me.  There is many…  Whole Foods is the second largest national food retailer in the United States that's not unionize in an industry that is pretty heavily unionized, food retailing. Honestly, the unions aren’t happy about that and I think they take every opportunity they can to try to run us down, smear me.  They’ve called for me to be fired.  After I wrote my op-ed piece in the Wall Street Journal about health care.

That can be painful, but it all depends upon in a sense how you handle that and back to your question, you can look at all those criticisms and ask what is the truth here and, if there is a truth there then you can learn from that.  In terms of the protestors at Harvard they didn’t have any truths there.  They were mouthing basically inaccuracies. I just used the energy that was created to give probably one of the best talks on conscious capitalism I've ever done, so you can use the energy that that creates, but I don’t think it’s ever constructive to go into a real reactive, angry, defensive place and in some ways it comes with the territory.  As Whole Foods has become larger I've become a little bit more famous and that creates distortions.  Just kind of the way our media works in American we tend to build people up and then we like to tear them down.

The Evolution of a Company’s “Purpose”