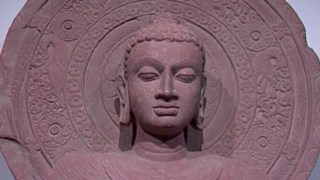 We’re Closer To Ending Aging Than You Think

Question: Can you name a few?

Aubrey de Grey: OK. So for example one thing that we need to do is improve the safety and efficacy of gene therapy. We need to figure out better ways to get DNA into a higher proportion of ourselves than we can already. Now you may think, well that is actually a fundamental breakthrough, but actually it’s not. The only reason why it looks fundamental right now is because we don’t like to do clinical trials on things that don’t work very well. We’re actually really good at gene therapy already in life, so we’re getting pretty close. Another example is the identification of enzymes that can break down things, molecular garbage that accumulates in the body; things that cause cardiovascular disease and macular degeneration and watching other things like that. We’re already finding those enzymes. We’ve got to figure out good ways to make those enzymes work in mammalian cells but they nearly work already, so again, it’s relatively small advances.

Aubrey de Grey: Resveratrol is a very interesting compound, and its role in the what’s called the “French Paradox,” which is the fact that the French have a reasonably higher life expectancy even though they are ostensibly don’t eat the right diet. It’s really the French Paradox is still very controversial. It appears that resveratrol is actually far too weak a compound in terms of its metabolic effects to have any real role in this, so we don’t know really what’s going on there. However, the mechanism whereby resveratrol or things like it might have an affect is now reasonably well accepted; namely that it seems to be a mimic of calorie restriction, so it’s been known for 70 or 80 years that if you take rodents, and indeed now it’s known for lots of other species, and you feed them less than they would like then they live longer than they otherwise would. And this is not just a matter of avoiding obesity; there’s something more than that going on. So what’s been found is that certain chemicals including resveratrol, as long as their concentration is high enough, can actually trick the body into thinking it’s not getting as many calories as it would like even when it actually is. And this of course is the sort of thing that we would very much like to identify in order to allow people to benefit from calorie restriction without having the attendant hunger and general loss of quality of life that most people would experience in the hunger situation.

Now it remains to be seen whether calorie restriction itself let alone these mimics of calorie restriction can actually extend human life, and I’m actually somewhat on the pessimistic end of the spectrum there. I think that yes it will work but only a little bit, much less than well than it worked in shorter lived organisms - the various circumstantial data and also various strong arguments from evolutionary biology that suggest that. But I could be wrong—so I’m very pleased that people are working hard on this and are trying to develop molecules that will indeed trick the body into thinking it’s on calorie restriction, and indeed the people who identified resveratrol first as a mimic of calorie restriction have moved on to identifying analogs which are much, much more potent and whose affects may indeed be appropriate for this.

Wimpy Cars and Other Implications of Immortality