Ruby Wax is an American born, naturalized British comedian and author. She is a classically trained actress, well-known interviewer, and renowned mental health advocate. In battling her own depression, Wax[…]
Go to Profile 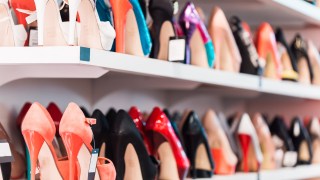 We Are Addicted to Our Brains, with Ruby Wax

The always-entertaining Ruby Wax explains the structure of the brain and how a natural hormone addiction -- particularly to dopamine -- keeps us in a perpetual state of wanting.
▸
6 min
—
with
Ruby Wax

The always-entertaining Ruby Wax explains the structure of the brain and how a natural hormone addiction — particularly to dopamine — keeps us in a perpetual state of wanting. Wax is a comedian who also holds a master’s degree in mindfulness-based cognitive therapy from Oxford University.

Ruby Wax:  So I think it’s really crucial that we all understand what’s going on under our scalp because this is the mother ship and it would explain a lot of our behavior. For example, we don’t have one brain. We have like three brains all smushed under one scalp. And none of them disappeared, you know. They’re just like Russian dolls one inside of another. It’s like a relative you can’t get rid of. So and they’re always arguing with each other. That’s what I mean about conflict in the brain. For example the oldest brain, the brainstem is about I don’t know, 500 million years old and it’s basic. It just made sure that we eat, kill, and mate, which is really only useful if you’re working at Goldman Sachs. So then on top of that maybe 250 million years ago we started to get this mammalian brain, which meant that we bonded with our young rather than ate them. And then only about 500,000 years ago we got this frontal thing and this is El Capitano. This is the executive brain. It’s in charge of attention, awareness, strategic, logical, rational thought.

So you see why we’re confused. We’ve got three brains all squished in here. So that’s probably why you get women who like to — who read Heideggar, but also want to screw the plumber. It’s a mess. Now there’s nothing we can do, but it’s just kind of understanding who’s in charge. There’s nothing you can do about it because sometimes it’s survival, but sometimes you can switch that thing on in front. We’re going back to mindfulness, which means you can regulate; you can pull the reins gently because you know you’re having a limbic reaction. You know I want to kill you, which is one of my favorite states because I’m addicted to my own adrenalin. This is the thing. Forget about coke. Forget about this other stuff. We’re our own drug addicts, you know. We’re natural-born junkies shooting ourselves up with our own hormones. It’s important again besides the brain to understand how our hormones work because that’s what makes us feel the way we feel and do the — well, like think about sex. It’s okay, I’ll give you a few minutes. See when you think about sex it switches on the hormones and that’s what makes the action happen. If you don’t have any hormones you can think all you want. Ain’t nothing going to happen.

Sometimes the hormones come on and you weren’t even thinking about it. That’s like when you get a stiffy in the elevator. So we have about 100 different hormones and they’re driving us and coming on and off depending on which occasion.  For example, well I’m addicted to adrenaline. Sometimes I call a taxi to take me to the airport and when it gets to my house then I start packing. I love that stuff. I get a hit of that one. Serotonin, you know, it’s the feel good chemical. These people are people-pleasers. They don’t have to set their hair on fire to get attention. I have none of that drug. I have to buy it over a counter. So it’s really understanding what mode we’re in, you know.  What’s driving us? And then, of course, the real go get 'em. You know makes you strive and drive is dopamine.  And the kind of problem – it’s again a backlash from when we used to, you know, back in the bush when we used to hunt for nuts or food and we’d get a mouthful, right. And before we swallowed, we’d get this hit of dopamine, which made us look for reward for nuts for later on. I’ll make it simple.

If I want a pair of shoes, you know, I’m into that. And I find a pair of shoes so I get this huge hit of dopamine. And so before I even put them on, I’m already hunting for other shoe-rich environments. And then I’m so hungry to get shoes. Like I’m just primed with that stuff that if I see a woman with a pair I want, I might gnaw her ankle off. So this thing, this dopamine gets us, you know, it gets us jacked up to get the next thing. And if you leave that switch on too long, and we do because there’s always something else to eat, something else to drive, something else to snort, you know. We’re in a constant state of wanting, wanting. And the thing about dopamine, it won’t just stress you out; it’ll kill you. I mean again we’re doing this to ourselves.

There’s countries being bombarded by war and disease and we, here, who have everything are killing ourselves off with our own thoughts. Can you figure that out? So listen, I’m not saying dopamine’s bad. We need this stuff. You know it also works to make us strive to make fire and made us strive to make tools, and strive to put together a bookshelf from IKEA. It’s made us strive. But again if we’re not conscious of it, it burns you out. So again I was interested. If this chemical, you know, all this is happening, is there a way I can intentionally take the bull by the horns and lower this stuff? In my case, when I get too jacked up, you know, when I start the list — buy turtle, feed dog, write this show, worry about Ebola, buy lamp shades. It’s always garbage, you know, mixed in with what, you know, feed children. I get obsessed. Once I bought 150 blue and white striped cushions. Obsessed. And I was on a nautical website for like five days and then they were much smaller when I got them than the picture. The size of a leaf of toilet paper.

And now my house is full — what am I doing with them? It’s the dopamine took over. So suddenly blue and white striped — when the blue and white striped cushions — I had no more air space anymore. I started with the carpets. That’s the nature of human beings. I can’t whip myself. So I wanted to find some way I could, you know, I could get, first of all, maybe cut out some of those critical thoughts and also learn some way I could pull those chemicals down. So that’s when I was interested in studying mindfulness-based cognitive therapy because that certainly is a way where you don’t need to run to a shrink. Now you’re responsible for your own brain.

The Future of One-on-One Education, with Duolingo’s Luis von Ahn