Jody Greenstone Miller, founder, chairwoman, and chief executive officer, has served in senior roles in business, government, media, law, and the non-profit world. Ms. Miller was a venture partner with[…]
Go to Profile 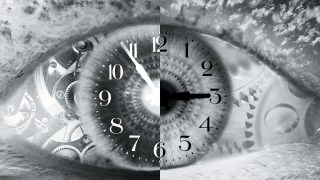 Thinking Beyond Sheryl Sandberg’s “Lean In,” with Jody Greenstone Miller

Business executive Jody Greenstone Miller believes Sheryl Sandberg missed the mark in her landmark 2013 book "Lean In." It's not a lack of ambition keeping women on the outside looking in, says Miller. It's lack of time, as well as a lack of respect for varying time commitments.
▸
7 min
—
with
Jody Greenstone Miller

Jody Greenstone Miller critiques Sheryl Sanderg’s “Lean In” approach, citing it as a rather old ideology. Miller says it’s not for lack of ambition that women are too often on the outside looking in. It’s lack of time, as well as a lack of respect for varying time commitments. In order to diversify our leadership class we need to reconceive of our notions of time, hours worked, flexibility, and productivity in the workplace. Miller is the founder and CEO of Business Talent Group: http://www.businesstalentgroup.com

Jody Greenstone Miller: Sheryl Sandberg and the cadre of women who are writing about the problems women have that are creating barriers for their success whether it's confidence or it's being bossy or it is being perceived as somehow less friendly or desirable if you're successful are all fine. These are not new ideas. These are ideas that have been around since Matina Horner 40 years ago wrote her famous "fear of success" study where she showed that women were afraid of what success would do to them. And she did a fantastic research project where she asked women from very elite colleges and men from elite colleges to answer a prompt. And the prompt was: Jane finds herself at the top of her medical school class. And for men it was: John finds himself at the top of his medical school class. And the men would write about John's wonderful success and how he would prosper and have a wonderful family and wife. And the women would write things like Jane will be torn limb from limb. She will be miserable for the rest of her life. She's never going to be, you know, happy.

And based on this Matina Horner said women have an internal block that prevents them from being successful because they're afraid of its impact. Now this was 40 years ago. So what we're hearing today from people like Sheryl is very much the same, that there are these internal things, there are societal perceptions and that those are the real hurdles to women becoming true leaders globally and leaders whether it's politics, whether it's nonprofits, or whether it's corporate America. And I don't think there's anything necessarily wrong with that. And some of these I think are, in fact, real issues. But I don't think that's the real problem. I think the real problem is the way institutions are structured and the paths to leadership today, which require one kind of person to be successful. And that kind of person is the kind of person who makes the judgment that working and working at very intense ways that require sacrifices across many other elements of an individual's life is the way you will achieve success and they're willing to make that choice.

And there's nothing wrong with that. The problem is many people, many of them are women, but many of them increasingly are millennial men, don't always want to exercise their talents in a way that it means sacrificing so much of the rest of their life. And so if we really want to tackle why there aren't more women in leadership and why maybe you will want different kinds of leaders, what I call a diversity of leadership that really is about a diversity of values, not just diversity of gender or race. You need to create alternative paths to leadership. And what that really means is what is the problem? If it's not leaning in and if it's not confidence, what's stopping women. And I believe it's the fact that most jobs today at the very senior levels require an inordinate amount of time. It's not a mystery. It's not rocket science. It's that jobs today are structured to require people to work 80, 90, 100 hours a week in order to achieve success in the organization. And to me that is both shortsighted on behalf of organizations because I don't think they're getting the best of people and they're limiting their talent pool and obviously individuals who may desire to exercise their talents if they're lucky enough to have them to rise to the top in a way that, you know, they can do it with still allowing for other things in their life. So I think you've got to reexamine how organizations are structured and rethink time.

So when we think about time, the fact that people are working five days a week, eight, 10 hours a day is actually relatively arbitrary. It's a holdover from the period of time when we were a farming culture. And you have to ask yourself why does that matter? What matters is the amount of time we need to get a particular piece of work done and how we are gonna apply talent against that. It's not as though there is a magic to working five days a week or six days a week, eight hours a day, or 10 hours a day. That's just what we're used to. This is not rocket science. It's not curing cancer. It's something that every individual manager and every company has the power to change. And the reason you want to change it — you want to think about changing it, is that you can expand your talent pool.

So you absolutely, you know, will have greater communication cost, greater teamwork cost, but you will have such a loyal and productive talent pool inside of your company that those costs, I think, are more than offset. And our experience has been that people who work 25 hours a week are the most efficient, the most focused. They know they have time to do whatever else they need to do in their life when they're not working. So when they work, they really work. If you hire somebody 40, 50, 60 hours a week, the rest of their life doesn't go away, it just gets squeezed in. And so productivity is impacted and I think you find that it affects both satisfaction, because people always feel stretched, and ultimately productivity. And so I feel from our experience that the folks who are working less than 40 hours a week are as productive and maybe more productive than the people who work more.

Again, it's not right or wrong, but it's the ability to have a culture where not everybody has made the decision that I'm gonna put my head down and only focus on my work to the exclusion of other things in my life because I want to excel and I want to be a leader. You will be bringing in people who have made different choices, but may have just as much talent and just as much ambition actually and just as much drive. They just want to do it in smaller chunks.

Exploring the Future Frontiers of Human Health, with Francois Nader