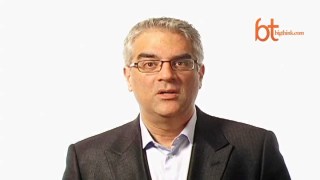 Social networks “magnify whatever they’re seeded with”—from germs to altruism to a diet of muffins and beer.

Question: Are there key differences in the way different rnphenomena spread through networks?

Nicholas Christakis:rn I think it’s important to emphasize that not everything spreads in rnnetworks and not everything that spreads, spreads by the same mechanism.rn So germs spread differently than money, which spread differently than rnbehaviors, which spread differently than ideas, which spread differentlyrn than emotions, and so on. So just because something spreads doesn’t rnmean it spreads the same way.  And what is interesting is that we’re rnused to or we’re…most people would accept that claim or would be used torn thinking of it in any case if we spoke about germs for example. So we rnknow that sexually transmitted diseases spread differently than the flu.rn Not all germs spread the same way. Similarly we shouldn’t expect all rnother phenomena to spread the same way, so mechanistically there are a rnvariety of social, psychological and biological processes, which can rnundergird these spreading phenomenon, how things might spread within thern network and, for example, in the case of obesity there are at least tworn possible explanations for why your friend’s friend’s friend’s weight rngain might ripple through the network and cause your weight gain. Or whyrn well just to stick with the obesity example for a moment, so there are rnat least a couple of possible… So there are at least a couple of rnpossible explanations for why your friend’s friend’s weight gain might rnspread through the network and affect you. One is, is that there is a rnspread of a behavior through the network, so your friend for example rnsays let’s go have muffins and beer. That’s a terrible combination, but rnyou pick up this bad habit from your friend and in so doing you come to rnadopt the weight status of your friend. Another possibility is that yourrn friend starts gaining weight and it changes your ideas about what an rnacceptable body size is, so now it’s spreading from your friend to you rnas not a behavior, but rather a norm: a specific idea about acceptable rnbody size. And both these behaviors and these norms could in rnprinciple…not in principle, actually do spread not just from one person rnto another person, but from person to person to person and person to rnperson to person to person. So, for example, your friend’s friend’s rnfriend can gain weight and that can ripple through the network and rnaffect you either because of the spread of behaviors or because of the rnspread of norms or both and we find suggestive evidence for both.

Nicholasrn Christakis: Well we’ve looked at a variety of phenomena. I mean rnwe’ve also looked at, for example, the spread of smoking cessation, the rnspread of sleep behaviors, a variety of other health related rnphenomenon... the spread of adherence to medications, proper self rnmanagement if you have various chronic diseases. And we find similar rninfluence processes for these other phenomena.

So what's crucialrn to understand about networks…So what is crucial to understand about rnnetworks is that they are kind of agnostic. Networks magnify whatever rnthey are seeded with, good or bad. They will magnify fascism. They will rnmagnify germs. They will magnify sadness, but so too will they magnify rnlove and altruism and smoking cessation and ideas. In fact, we just did rnsome work that was just published a couple of weeks ago on…doing some rnexperiments where we studied a kind of "pay it forward" phenomenon wherern we took random individuals and they played something called the Public rnGoods Game. And we found that if one person was kind to another person rnthat person then went on to be kind to a total stranger and then that rnstranger in turn went on to be kind to yet another stranger, so we couldrn see the signature of my kindness. If A is kind to B and B goes on to bern kind to C and C goes on to be kind to D we can see in the interactions rnbetween C and D a signature of the interactions between individuals A rnand B, even though A never interacted with C or D, never saw C or D. So rnyou have a kind of rippling through the network of this kind of rnpro-social positive kind of kind or behavior we found in these rnexperiments that we did.

So and actually interestingly that alsorn spread to three degrees of separation like some of the observational rnwe’ve done with other phenomena. But here is the point: networks magnifyrn whatever they are seeded with, good or bad, but on balance the reason rnhuman beings form social networks is that the benefits of a connected rnlife outweigh the costs, and the magnification of good things outstrips rnthe magnification of bad things. So even though our connection to othersrn puts us at risk for instance of getting germs, it also puts us a risk rnfor getting ideas. And the benefits of getting information from other rnpeople in this simple example more than outweighs the cost that we pay rnfrom our connection to others. Look, if you wanted to avoid ever gettingrn the flu or sexually transmitted disease or any other kind of rninterpersonal pathogen, be a hermit. Don’t talk to anybody, but if you rndid that you would lose all the benefits of social interaction and so rnit’s because of those benefits that we assemble ourselves into social rnnetworks.

Recorded March 31, 2010
rnInterviewed by Austin Allen
Up Next

The Chemistry of Social Networks