Nicholas Carr writes on the social, economic, and business implications of technology. He is the author of the 2008 Wall Street Journal bestseller "The Big Switch: Rewiring the World, from[…]
Go to Profile 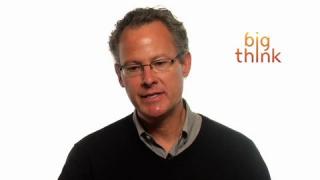 The Neuroscience of Internet Addiction

The Internet might actually be diminishing our capacity to form long-term memories.

Question: Neurologically, how does our brain adapt itself to new technologies?

Nicholas Carr: A couple of types of adaptations take place in your brain. One is a strengthening of the synaptical connections between the neurons involved in using that instrument, in using that tool. And basically these are chemical – neural chemical changes. So you know, cells in our brain communicate by transmitting electrical signals between them and those electrical signals are actually activated by the exchange of chemicals, neurotransmitters in our synapses.

And so when you begin to use a tool, for instance, you have much stronger electrochemical signals being processed in those – through those synaptical connections.

And then the second, and even more interesting adaptation is in actual physical changes, anatomical changes. Your neurons, you may grow new neurons that are then recruited into these circuits or your existing neurons may grow new synaptical terminals. And again, that also serves to strengthen the activity in those, in those particular pathways that are being used – new pathways.

On the other hand, you know, the brain likes to be efficient and so even as its strengthening the pathways you’re exercising, it’s pulling – it’s weakening the connections in other ways between the cells that supported old ways of thinking or working or behaving, or whatever that you’re not exercising so much.

So that adaptation – I mean there are a whole lot of reasons to be very happy that our brains are able to adapt and adapt so readily because we do strengthen and become more efficient at things we do a lot of in that changed ways of thinking that we might need. On the other hand, there is a cost. We lose – we begin to lose the facilities that we don’t exercise. So adaptation has both a very, very positive side, but also a potentially negative side because ultimately our brain is qualitatively neutral. It doesn’t pare what it’s strengthening or what it’s weakening, it just responds to the way we’re exercising our mind.

Question: What skills are we losing because of the Internet?

Nicholas Carr: The Internet, like all intellectual technologies has a trade off. As we train our brains to use it, as we adapt to the environment of the internet, which is an environment of kind of constant immersion and information and constant distractions, interruptions, juggling lots of messages, lots of bits of information. As we adapt to that information environment, so to speak, we gain certain skills, but we lose other ones. And if you look at the scientific evidence, it’s pretty clear particularly from studies of like video games, that use of online media enhances our – some of our visual cognitive ability. So our ability to spot patterns in arrays of visual information to keep track of lots of things going on at once on a screen but along with that, what we lose is the ability to pay deep attention to one thing for a sustained period of time, to filter out distractions.

And the ability to pay attention not only underpins kind of ways of thinking that are pretty obvious, contemplativeness, reflection, introspection, all of those kind of solitary ways of thinking, but what we know from brain studies is that the ability to pay attention also is very important for our ability to build memories, to transfer information from our short-term memory to our long-term memory. And only when we do that do we weave new information into everything else we have stored in our brains. All the other facts we’ve learned, all the other experiences we’ve had, emotions we’ve felt. And that’s how you build, I think, a rich intellect and a rich intellectual life.

Question: Is losing the capacity for solitary thought necessarily a bad thing?

Nicholas Carr: I think there is a reason that, you know, 100 years ago when Rodin sculpted his great figure of The Thinker, The Thinker was, you know, in a contemplative pose and was concentrating deeply, and wasn’t you know, multi-tasking. And because that is something that, until recently anyway, people always thought was the deepest and most distinctly human way of thinking. And that doesn’t meant that I believe that all of us should sit in you know, darkened rooms and think big thoughts without any stimuli coming at us all day. I think it’s important to have a balance of those ways of thinking.

But what the web seems to be doing, and a lot of the proponents of the web seem to be completely comfortable with, its pushing us all in the direction of skimming and scanning and multi-tasking and it’s not encouraging us or even giving us an opportunity to engage in more attentive ways of thinking. And so, to me, I think losing those abilities may – we may end up finding that those are actually the most valuable ways of thinking that are available to us as human beings.

Three Technologies That Changed Our Brains