Michael Stone is professor of clinical psychiatry at the Columbia College of Physicians and Surgeons. From 2006 to 2008, Stone hosted the series Most Evil on the Discovery Channel, for[…]
Go to Profile 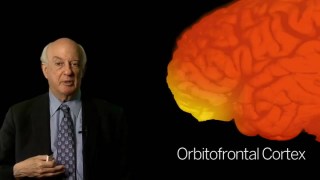 The Neurobiology of Evil

Thanks to MRI and fMRI bran scans, we now know much more about how damage to or deficiencies in certain parts of the brain may underlie “evil” behavior.

Topic: The neurobiology of evil

Michael Stone: For a long time, people wondered: "Is there something different about the brain of somebody who does violent acts, particularly repetitive violent acts in comparison to an ordinary person’s brain?"  But not very much was known about it until the last maybe 15-20 years, particularly as we entered the era of the Magnetic Resonance Imaging.  And with MRI and functional Magnetic Resonance Imaging where you’re actually are taking pictures of the brain as the person is looking at some picture or hearing certain words and showing how the brain blood flow differs from moment to moment, now we really know a lot more than we used to.  And it turns out that there are a number of areas in the brain that are very important in social decision making and moral attitudes and so on.

In the limbic system, there’s the small organ called the amygdala that registers emotion, but particularly has an ability to recognize when somebody else out there has a fearful face or is in a state of fight or upset.  The interesting thing about the kind of cold-hearted murderers is that their amygdala’s don’t function properly, the way ours does and they may recognize dimly that so and so out there is afraid, but they don’t have the concern that you or I would say, if we saw a crying kid in a department store who probably got separated from its mother.  They would recognize it, but they would take advantage of the child, pretend to take it to the information booth, you know, to get it reconnected with its mom, and then kidnap the kid or something like that.  So, their amygdala functions in a significantly different way, as has been shown by a number of neuroscientific researchers in the last 10-15 years.

Another important area is the front part of the brain, the lower front part of the brain called the orbitofrontal cortex.  That area is involved in moral decision-making in figure out what’s right versus what’s wrong that we learned as we grow up and are instructed by our parents and our teachers.  So, if that area of the brain is not operating at full tilt, it may be possible then to carryout an act which would be repugnant and very much against the law if it were contemplated by an ordinary person, but that does not stop the individual who has this defect in the orbitofrontal cortex from carrying out the act that he may feel like doing.  So think of the orbitofrontal cortex as kind of a braking system, which if it’s operating will put the brakes on a thought or a desire that may have preceded it: “I’d like to kill that son of a bitch,” or “I want to take that kid and kidnap him and –“ you know, but then one thinks of the consequences, “Oh my god, I’d be eating cheese sandwiches in jail for the rest of my life, I won’t go there.”  But if that cortex is not operating the person would just go ahead and do it.

So we know now that there’s interconnection between the amygdala and the frontal cortex actually and if that connectivity is not operating properly, the person may go ahead and do the unspeakable crime, which otherwise he would have put the brakes on or maybe even, you know, not even contemplate doing it in the first place.

There are other areas of the brain, like the anterior cingulate that acts as a kind of a jury so that when messages gets sent up to that part of the brain, the – if you can imagine the anterior cingulate cortex having a mind of its own, so to speak.  It might say, “Well, yeah, I hear you want to kill your wife and get the insurance money, but I don’t know.  You could get into a lot of trouble for that.  And so I’d vote against it.”  And if that message is weak and it gets transmitted to the frontal cortex and the frontal cortex says, “Eh, what the heck.  I can get away with it and I can be rich forever.”  The person goes ahead and does it.  But if the person gets the message from the anterior cingulate that says, “Hm, bad move.  We vote against it.  We don’t have the power to stop it, but we vote against it.”  And the cortex would say, “Yeah, I agree with you guys, we’re not going to let that happen.”

So there are these very important and interesting areas in the brain that have to do with whether we behave morally or whether we can break the law with impunity.