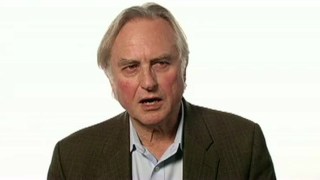 After spending the first years of his life in an Anglican household in Nairobi, the path was in no way clear for Richard Dawkins to become a scientist. Here the legendary evolutionary biologist chronicles his passion for the field, describing his first discovery as well as his favorite research project.

Question: Did you know that you were going to be a scientist from a young age?

Richard Dawkins: No, I didn't know I was going to be a scientist from a young age. I suppose I was interested in science. I can remember at the age of about six being fascinated by the planets and learning all about Mars and Venus and things. I wasn't much of a biologist as a child. My father had been and gave me all the right influences, and my mother too. I went into the biological stream at school, pretty much drifted in. I suppose it was about my best subject, but it wasn't an obsession with me like it is with many birdwatchers and bug hunters, people like that.

Question: When did you decide you would devote your life to science?

Richard Dawkins: I never really decided that until I was at Oxford, at the age of about twenty, I suppose. So it wasn't at school. At school I kind of drifted into the biology sixth form, and then I knew I was always going to try to get into Oxford. And I did get into Oxford to read zoology, but I didn't really become fired up and realize that this is how I want to spend my life until about my second year at Oxford; I must have been about 19.

Question: What was your first scientific discovery?

Richard Dawkins: My doctorate, my D.Phil. at Oxford, was about decision-making in animals. And I happened to work with baby chicks, but it could have been anything. And I suppose my first discovery was of a mechanism that plausibly could be going on inside the head of a chick or any other animal when making a choice between two alternatives. It was not a piece of neurological research, which it might well have been. I mean, one could have been looking at cells in the brain and looking for mechanisms of decision-making there. But my method was more the black box method, where you don't open up the animal at all; you watch its behavior and you develop theoretical models, deduce mathematically predictions from your theoretical models, and then test those predictions against the facts -- do experiments to see whether they're true. And that's a sort of classic scientific method, the black box technique. And I used that and really rather successfully. I developed a model, used some simple algebra to deduce predictions from the model, and then did experiments which extremely accurately fulfilled those predictions.

Question: What is your favorite research project you’ve done?

Richard Dawkins: Well, my original doctoral research -- oh no, I'll talk about something else. With my first wife, Dr. Marian Stamp Dawkins, we worked on what it means to say that an animal has made a decision. If you watch the muscular movements of an animal -- we were working again on chicks, particularly drinking behavior in chicks. When a chick -- indeed, when any bird, pretty much -- drinks, it puts its bill into the water, and then it kind of scoops the water up in the bill in a rather graceful curve, and then the water kind of trickles down the gullet. And that's a very stereotyped movement. We filmed it; we filmed chicks doing this. And then we analyzed the movement frame by frame. Our definition of a decision was based upon the idea that decisions occur at the beginning of fixed action patterns, which are sequences of movements which are very stereotyped and which don't vary.