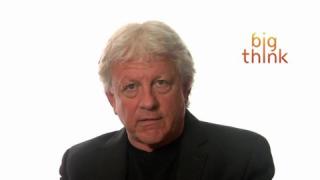 The Limits of Our Sense of Smell

After three or four odors are blended together, even the best noses in the world have a difficult time distinguishing one original scent from another.

Question: How many different distinct scents can the best nose in the world actually smell and record in one sniff?

Stuart Firestein: This is a very interesting question this notion of how analytical our sense of smell is you might say. And there is some classic work done by a fellow named David Lang in Australia in which he showed that if he takes four odors let’s say, four fairly common odors that you would have no trouble identifying and puts them in little bottles, the fluids in little bottles. One after another puts them under your nose, you’ll say that’s banana, that’s lavender, whatever the four are and then he blends them together in ways that he doesn’t tell you, so he puts two of them together and puts it under your nose and you can identify quite easily which two he has put in, in any random way. Then he puts three of them together and it becomes much more difficult to figure out which three of the four are in there. And by the time he puts four in there, there is no way you know, so actually the experiment is done with six otherwise you’d know if it was just the four, so once you hit three or four odors in a blend you have a great deal of difficulty analytically determining what are the things that made up that now essentially new perception of a particular odor, of the blend. And that’s true not only as it turns out for amateurs, but normal people, but also for perfumers and well trained chefs and fragrance artists. They’re not too much better.