Stephen Post is a Professor of Preventive Medicine and the Director and Founder of the Center for Medical Humanities, Compassionate Care, and Bioethics at Stony Brook University. He was previously a[…]
Go to Profile 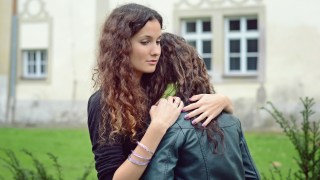 Learn to Forgive Because Bitterness is Bad For Your Health

Professor Stephen Post runs through the many reasons why it's beneficial to practice forgiveness, not the least of which is that anger and bitterness can lead to physical toil.
▸
4 min
—
with
Stephen G. Post

Professor Stephen Post is well known for his writings on the health benefits of helping others. In this video, he walks us through the many reasons why practicing forgiveness can be both therapeutic and rejuvenating. After all, studies show that people who show a proclivity to hostile emotions tend to die earlier due to heart failure. That’s why the James Lang Theory of Emotions posits the emotional and physiological benefits of small acts of kindness.

Stephen Post:  Forgiveness is an important expression of generosity of giving.  Now it doesn’t mean that you need to be naïve.  It doesn’t mean that forgiveness is as easy as the forgiveness researchers suggest.  That’s the thing I would say, you know.  I think to some degree forgiveness became a little bit of a cottage industry in the late 90s and folks came out with all kinds of quick self-help books on how to be forgiving.  Here are the four stages, yada, yada, ya.  But the reality is that when you’ve really been harmed by someone, when the hurt is deep and profound, these too easy approaches don’t do much.  So what I argue and I believe have shown is that the best way to really get through those deeper hurts, you know, is first of all to concentrate on contributing to the lives of others because that gets the mind off the self and the problems of the self.  You find a gratification in benefitting the people around you so it’s very, very good.

The other thing is let time work its magic because the longer you get away from that point, that epicenter of deep hurt, once upon a time or a year ago or two years ago or three years ago, you know, you have a better chance of reinterpreting it and asking yourself well, maybe I could have handled this a little differently.  Maybe I shouldn’t be demonizing that individual.  Maybe it was something that I could have said a little better or looked at a little differently or interpreted differently.  So I think that’s it.  I think the key to forgiveness is giving it time and making sure that you’re enough focused on helping others that you just don’t get so wrapped up in yourself that you’re just – you’re caught up in destructive emotions.  Because everybody knows that hostile emotions – anger, bitterness, rumination are very bad for your health, especially for your heart, your vasculature system.  In fact, there was a cardiologist at Duke who looked back at people who took the Minnesota Multiphasic Personality Inventory in 1950, this thing, the MMPI.  It’s a kind of a personality questionnaire, about 350 questions.

The high quartile hostiles, he picked out 27 questions that really denoted high hostility – quickly angered, hot tempered, prone to violence, unforgiving and so forth.  If you were high hostile you had a 20 percent mortality rate by age 50.  He took 25 year olds in 1950 and then this is all retrospective, looks at them in 1975 when they’re 50.  One out of five are dead mainly of heart disease.  A lot of cortisol coming out, enlarged adrenals, fatty acids in the vasculature system, very serious problem.  Now the low quartile hostiles had a two percent mortality rate which gives a little added meaning to the statement go with the flow.  But basically I think yeah, when you move out of that space of dark, destructive emotion into helping others where, you know, as they say in psychology, you know, your emotions follow your actions.  So you don’t necessarily have to go to the mountains in Colorado and meditate on compassion.  If you just do small acts of generosity in an active way your emotions tend to follow you.  That’s called the James Lang Theory of Emotions.  That’s why people say even if you’re not happy in the morning smile.

Pheromones and Other Stimuli We Humans Don’t Get, with E.O. Wilson